Never Edit Your Own Stuff

How many times has this happened? You compose a blog post, usually in a hurry, then hit the submit button, only to read it later and wonder how in the heck you missed what is a glaring error. I am the world’s worst.
Years ago, a veteran magazine editor gave me this advice, “Never edit your own stuff.” It’s advice which, when possible, I’ve taken to heart. The only problem is, how many of us are in a position to have another person, preferably an editor, proof our copy? In lieu of that, here are some blog copywriting tips I’ve picked up along the way that can almost guarantee that what I intended to say is what I actually said. 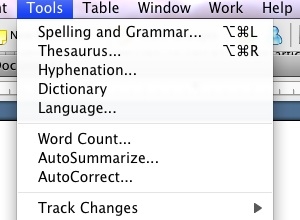 By the way, one of the most frequent errors people make when creating web copy is saying “you” when they meant to say “your.” Obviously, spellcheck won’t catch that error.

Probably the most prolific blogger on the subject of copywriting today is Brian Clark at Copyblogger. If you really want to learn how to write compelling copy, read his stuff.

By the way, a funny thing happened on the way to completing this post. I googled the phrase “blog copywriting” and the number one return was a post I wrote for Allbusiness.com in December 2006. It contains even more copywriting tips. I love Google!

Something else the venerable old editor told me was to try to remove as many uses of “the” as possible and still make the copy readable. It’s not uncommon for writers to add an unnecessary prepositional phrase at the end of a sentence. For example, above I said “it’s developed into somewhat of a signature.” I could have said, “It’s developed into somewhat of a signature for me.” I’ve found, when possible, lopping off that last phrase cleans up the copy, making it leaner and more readable.