Editor’s Note: “Notable Views” is a new series where we ask leading experts to address critical, ecommerce-related topics. For this inaugural installment, we corresponded with Henry Wong, founder and CEO of Adgregate Markets, a provider of Facebook-enabled ecommerce platforms.

Social commerce is here. Every day, more commerce merchants launch Facebook stores. With over 500 million users, the prospect of a new social-oriented sales channel is exciting. It’s easy to see why merchants would want to try on a Facebook store for size.

But, the reality is ecommerce sales volume, and ecommerce referrals, from Facebook are very low. It is arguable — at this early stage — that it’s not worth the money to invest in an ecommerce presence on Facebook.

And often, those that promote the selling of retail goods on Facebook discount the back office implications that that entails. Without strong, integrated inventory, accounting, shipping and order management functions, selling on Facebook could be a mess. Currently, the Facebook-only stores that exist are primitive and lack basic merchandising features that modern merchants require and have grown accustomed to.

There is also the reality that a merchant who relies on Facebook to host a store or refer consumers to an ecommerce site is beholden to the rules, infrastructure and business policies of Facebook. It seems to be no different than relying on eBay, Amazon, Google Product Search or any other channel. That feels like step backwards, by about a decade, for the current state of ecommerce.

To address the criticisms of selling on Facebook, we’ve invited Henry Wong, founder and CEO of Adgregate Markets, a provider of an ecommerce platform and shopping cart that allows Facebook users to purchase retail goods without leaving that site. Adgregate Markets powers social commerce on Facebook for major brands including Gap, Old Navy, Banana Republic, and Sierra Trading Post. Adgregate was launched in Sept. 2008 after having been named a “TechCrunch 50 Finalist.”

Prior to Adgregate, Wong was a partner with Novus Ventures and Artemis Ventures, two venture capital firms. He also served on the board of directors for AdECN, Inc., an early-day exchange for online display advertising. Previously, he was founder of Zipidee.com, a digital goods marketplace, which was acquired by BSG Clearing, a payment solutions provider. Wong holds a J.D. and an M.B.A. from American University. 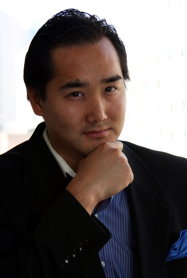 “We’re in the first or second inning of a ballgame that’s going to play out over the next year or two — it’s that early. Very few stores have launched in Facebook and, more importantly, the stores that have launched are merely scratching the surface in terms of social features. The first phase of any retailer’s social commerce strategy has been to lay the foundation and build its storefront in Facebook. Once the build-out is complete, the next phase will involve marketing muscle to deliver on the promise of social commerce.

“According to eMarketer, 92 percent of chief marketing officers at leading retailer companies are already focusing their marketing efforts on Facebook. Let’s also not forget that other existing sales channels being compared against social commerce (search, eBay, banner advertising, email marketing, and affiliate marketing), have a 10-plus year head start in investment to deliver positive return on investment.

“Because the social commerce channel is still nascent, Adgregate expects to see rapid retailer adoption of Facebook commerce and top brands launching innovative store features, from group deals to gifting, beginning in 2011. We believe these investments currently being made by top internet retailers will seed the ecosystem and create a ‘must-have’ ripple effect for the entire ecommerce industry by the end of 2011. Here at Adgregate, we are already seeing more stores launched in the last quarter for top retail brands than all of Facebook commerce since its inception 1.5 years ago.

“While sales traction on Facebook is too early to gauge, it is well understood that word of mouth brand and product referrals are high and continue to increase. A recent report from Universal McCann [an advertising agency] indicated that Facebook is by far the most effective way to turn conversations into conversions. According to the report, 71 percent are more likely to buy after ‘Liking’ the brand, 68 percent feel more loyal to the brand, and 63 percent recommend others to join.

“Simply put, a ‘build it and they will come attitude’ will not (and should not) work here. Like all other successful online channels, effort must be expended to realize ROI. Smart marketers will be able to ‘connect the dots’ between Facebook’s explosive growth, current Fan behavior promoting and recommending brands/products and the ultimate understanding that social commerce needs to be fed like any other marketing channel in order to deliver material sales levels.

“Lastly, considering that opening a store in Facebook is relatively low cost, we’re not surprised that retailers, small and large, are choosing to invest in both Facebook and their existing sales channels. Facebook commerce complements – not substitutes – for a retailer’s online store efforts. So why not do both?”

“Facebook commerce only works if the platform can support product feeds and integrated order management and everything else that goes into scalable ecommerce operations. Top retailers will never work in any meaningful way with simple self-service social commerce platforms.

“Having said that, for smaller retailers it’s not as much of a headache as it may seem. There are ways to get involved with social commerce now, without a significant investment in integrating an entire storefront into Facebook. Several cost effective solutions available today allow you to import a standard product feed into Facebook, which also ties into basic social interaction functionality like ‘Likes’ and ‘Shares’ at the product level. When consumers are ready to click on ‘Buy,’ they are redirected back to your existing dot com store to complete the checkout process. By redirecting purchases to the dot com store, much of the ecommerce backend will not need to be replicated.

“Taking this first step will allow smaller retailers to experiment, all the while building the overall business case for when they determine to combine it with the rest of their backend systems.”

“To date, template and non-customizable storefronts have grabbed the lion share of social commerce attention; primarily because of ‘free’ Facebook store promotions luring early adopters. Like everything else in life, however, you get what you pay for.

ListenListen to Henry Wong discuss his educational and professional background, and his founding of Adgregate.

“It’s still early and Facebook stores are going to become more and more sophisticated. Frankly, there’s nothing on a dot com store which can’t ultimately be replicated in Facebook, at least from a technology perspective. We are working with clients today that are integrating video, product reviews and ratings, 360-degree product spins and zooms, etc., all ‘best of breed’ stuff. That being said, however, the end goal is not to copy the full-featured richness of traditional commerce sites, but rather to enable a lightweight ecommerce experience that is better suited for the Facebook environment and ultimately better for users. That means a greater emphasis on social features and tying into the social graph with perhaps a lighter feature set for merchandising and only promotion of top category products.”

“A merchant who relies on Facebook to host his or her store is beholden to the infrastructure and business policies of that platform. It is no different than relying on eBay or Amazon except for the potential 500 million users (and growing) who are using the most trafficked site on the Internet today — Facebook.

“Frankly, that’s a large enough user base that can’t be ignored, and worth a little regulation. While working within the Facebook platform certainly means you are beholden to any rules and policies imposed by Facebook, Adgregate thinks the related risks are small and certainly well worth the upside. Mark Zuckerberg, CEO of Facebook, has publicly endorsed social commerce as the ‘next big thing,’ and they [Facebook staff] are working to facilitate its growth and not hinder it.

“For a while at least, it seems Facebook is content with generating more users and increasing time spent on the network, thereby strengthening its overall core online advertising business.

“The more pertinent question for a retailer should be ‘Is it worth it?’. Considering the low-cost approach of opening a Facebook store, it’s worth doing both a Facebook store and a separate ecommerce site.”