Editor’s Note: “Notable Views” is a new series where we ask leading experts to address critical, ecommerce-related topics. For this installment, we corresponded with Phil Hinke, a credit-card processing veteran and, now, a consultant to ecommerce businesses on credit card matters. 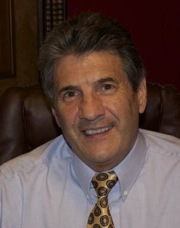 Most every ecommerce business relies on credit card payments. But that industry is notoriously difficult to understand, and merchants often pay processing rates — and accept contractual terms – that are expensive, and burdensome.

The first method is called “tiered pricing,” which assigns fees (a percentage of the transaction amount) based on the relative degree of risk that the merchant-account bank assumes. The lowest-priced tier is called “qualified rate” and it generally assumes the merchant swipes the physical credit card, something that never occurs for Internet purchases. Other tiers — such as “mid-qualified” and “non-qualified” — most often apply to ecommerce merchants, but those categories allegedly carry a higher risk of fraud and non-payment, and are therefore priced higher than a “qualified rate.”

The second method is called “interchange-plus” pricing. Under this system, a merchant account provider charges a fixed markup above the fee — called “interchange” — paid by that provider to the credit card associations of Visa, MasterCard, American Express and Discover. Interchange fees are public, although they are complicated and difficult to understand. Merchant account providers that use “interchange-plus” pricing believe that system is more transparent than tiered pricing, and ultimately less expensive for ecommerce merchants.

Credit card experts have varying opinions as to which system works best for ecommerce merchants. One of those experts is Phil Hinke, who we recently spoke with. Hinke has been involved with credit card processing since 1994, as a salesman for NaBanco and First Data Corporation, and a senior vice president for Heartland Payment Systems. His new company is MLS Advocate, a consulting service for individuals and companies in the credit card industry.

“You show me an ecommerce merchant on tiered pricing, and I will show you a merchant who is overpaying for credit and debit card processing. There can be several companies involved. These include acquirers, processors, banks, ISO’s (independent service organization, also known as merchant account providers), and many others. For simplicity, when discussing the company processing a merchant’s transactions, I will use the term ‘processor.’

“Tiered pricing means the processor states a base rate — say 1.49 percent plus a $0.25 transaction fee — for processing. The rate is generally meant to be enticing. However, the under-the-breath caveat is that it is for ‘qualified transactions’ only. Generally, this means the customer is present, the magnetic information on the card is read, and all of the other qualifications meet the requirements.

“The first problem with this seductive rate for ecommerce merchants is the customer is not present and the magnetic information is not read. Some processors will quote the qualified rate for card-not-present transactions. Moreover, I cannot tell you the number of ecommerce merchants who thought they had a great deal and did not even realize that not a single transaction was being processed at the base rate written on the merchant agreement. It gets even worse. Since the transactions do not ‘qualify’ they are now ‘downgraded’ to higher tiers and even higher rates. I have seen as many as six tiers, but the three-tier rate plan is the most common. It is made up of ‘qualified,’ ‘mid-qualified,” and ‘non-qualified’ rates. Basic debit and credit cards where the magnetic swipe is not read, cards which earn hotel, airline miles, and similar generally are mid-qualified rates. Business cards, international cards, plus basic cards and reward cards that do not meet the mid-qualified requirements, are ‘non-qualified.’ The mid-qualified level rate is generally around 2.50 to 3.50 percent, plus transaction fees. The non-qualified level is generally around 3.50 percent to 4.50 percent, plus transaction fees. However, I have seen non-qualified rates over 7.0 percent.”

“Other than the processor, bookkeepers like the tiered rate system because it looks simpler on the merchant statement. However, merchants interested in being priced fairly and maximizing profits should always insist on ‘interchange-plus’ pricing.

“Tiered pricing generally includes ‘lesser but important-to-understand fees’ set up by the card associations. These fees include the assessment fee, which is 0.11 percent for Visa and MasterCard and 0.10 percent for Discover, the MasterCard ‘network access and brand usage fee,’ Discover usage fee, and the Visa ‘acquirer-processing fee.’ There are also international fees and cross-border fees.

“Some processors do not include these lesser-but-important fees in their tiered pricing. I call this ‘hybrid tiered’ pricing. When comparing tiered pricing plans, make sure you know if the tiered pricing structure includes all these card association fees.”

“The second deceptive interchange-plus pricing plan is the one that inflates the interchange rate. A salesperson recently sent me one of his own merchant statements to analyze — many salespeople do not trust their processor any more than merchants do. He felt something was not right but could not put his finger on it. I quickly figured out that the processor was adding 0.25 percent to the interchange-rate it was posting on the merchant statement.”

“One of statement types I continually come across — which confuses merchants — is the one that does not show all the charges for the month on the statement, and in fact may delay showing all the charges for up to two months. I have spoken to salespeople who love this statement because when they sign up a new merchant, that merchant generally does a cost comparison after the first month to see how much money he or she is saving after switching processors. Unfortunately, the merchant does not realize that some of that month’s processing cost will not show up on the statement for up to two months. Therefore, a merchant’s total processing fees for April sales may not show up until the June statement.”