Practical eCommerce recently hired me to help the company build a strong presence inside the social media universe. My initial efforts have been focused on building a solid foundation of participation inside Facebook, Twitter and YouTube.

Even though we are just getting started (or re-started in some cases), we want to invite you to connect with us by becoming a Facebook Fan, Twitter follower and YouTube subscriber. 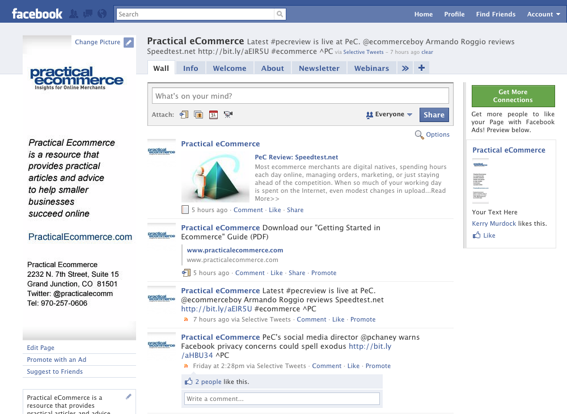 Though we have a Facebook Fan Page, it had not been updated in quite some time and lacked the custom functionality necessary to more fully engage users.

That issue has been addressed and we have added unique custom content including a welcome page, about, newsletter and webinar pages. We are importing links to our articles via the “Notes” page and Twitter feed as well.

We invite you to become a Fan, or “Like” us, as the case may be. 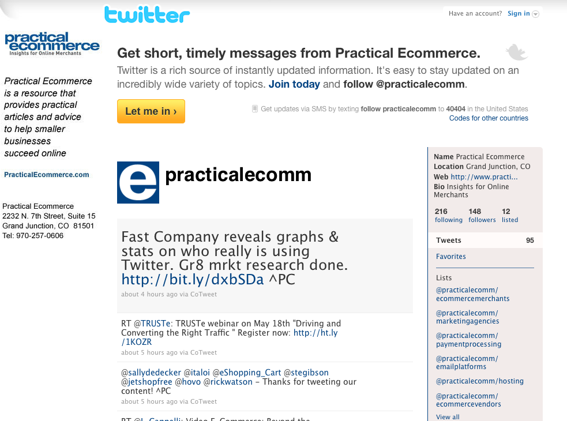 Until recently, PEC had yet to establish a presence within the Twitter ecosystem. We now have an account and are actively building relationships and sharing information with those in the ecommerce industry, both vendors and merchants alike. We invite you to follow us. 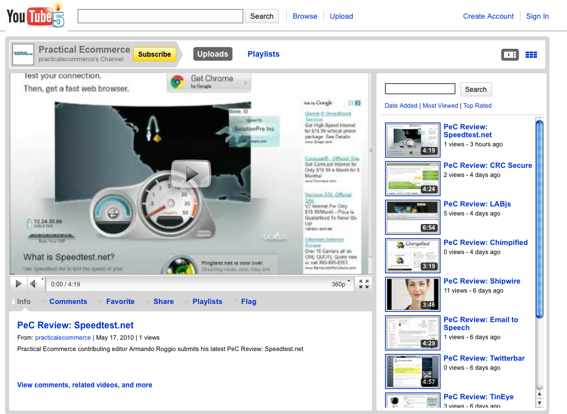 We’re now building out a YouTube channel and featuring videos from “The PEC Review” and “SEO Report Card,” as well as online tutorials and other video content. Become a subscriber to our YouTube channel.

Again, we encourage you to become a fan, follower and subscriber. We believe in reciprocal relationships and will do the same for you, as long as you’re in the ecommerce or related field.