Product Hunt May Represent a New Way to Sell Online 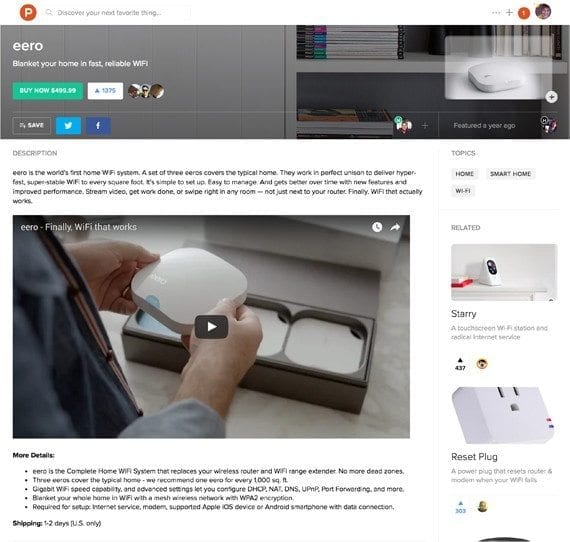 Product Hunt curates reviews and discussions, to help consumers locate merchandise. Previously, shoppers on Product Hunt went to merchants’ sites to consummate the transaction. But now, they can buy directly on ProductHunt.com, on its “Shop.”

A new product discovery site, Product Hunt, has begun selling directly to shoppers with help from merchant partners who list products. The business model is a blend of publishing and ecommerce that may start a trend and open up another way to sell online.

The Product Hunt website, which was launched in November 2013, curates community-posted product reviews of a sort, offering a list of hot new items each day. Savvy ecommerce marketers already know that being featured on Product Hunt will drive sales.

Previously, sales on Product Hunt happened when interested shoppers found a product, clicked through to the app or item, and purchased it. Now, for at least the five partner companies already in the new store, shoppers can discover an item on Product Hunt and buy it there, too.

In a post about the new Product Hunt shop, company founder Ryan Hoover described the merchant partners as “makers,” leaving some to wonder if the Product Hunt marketplace would be open only to manufacturers of products. But a company spokeswoman said, “We are in the process of testing and learning, so we are open to anyone interesting in selling their product.”

This does not mean that Product Hunt will list products from anyone. Rather the company is still selecting each partner individually, asking interested companies to email directly at shop@producthunt.com to be considered.

There is even an order confirmation email “that connects the buyer to the seller to ensure they [sic] have a direct connection as well,” the Product Hunt spokeswoman said. 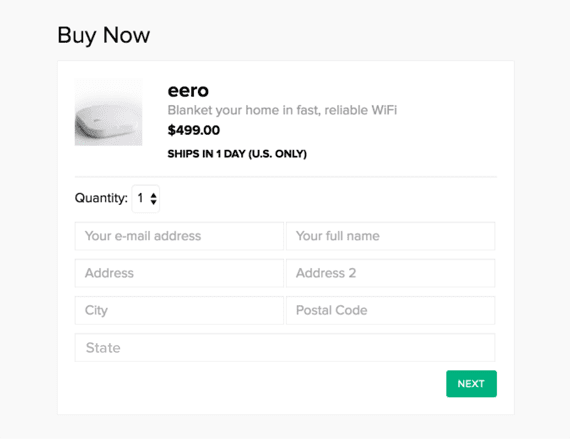 Although Product Hunt will manage the payment on its site, it will connect buyer and seller.

The Product Hunt’s business model is something of an alternative to advertising and a harbinger of a possible, new ecommerce sales channel.

Traditionally, publishing or media businesses make interesting or helpful content, attracting an audience. Merchants advertise next to the interesting content in the hope that someone will become distracted, respond to an ad, and buy something.

While this advertising model is still quite viable, the relationship is changing. Just ask any merchant engaged in content marketing.

One change may be that instead of selling ad space, media companies and merchants working together could begin to sell selected, relevant products more closely integrated with editorial content. This is, in fact, what Product Hunt seems to be doing.

Thus, rather than buying an ad on the media company’s site, the merchant only pays when it sells. It does not have to measure a campaign after the fact to learn if it was effective. Rather, it can estimate return on investment in advance.

This approach, which in a sense shares risk between the media company and the seller, could have good potential as an ecommerce channel.

There are at least a few possible requirements for adoption and success.

The media company would still need an audience. Product Hunt spent three years building an active community — an interested audience, if you will. This takes patience.

The audience has to really trust the media company. Like it or not, Product Hunt is endorsing the products offered in its shop. It is putting its reputation on the line.

There will need to be cooperation between the media company and the merchant. Sites like Product Hunt should be involved in which products will be sold and how those products are described and positioned, including contributing to the product description and having input about the price.

Sellers will need to see a significant return on investment. Unlike uploading massive lists of files to an online marketplace, the relationships described here will be more collaborative and take longer to set up. There may not be an investment in dollars to the same extent as there is with online advertising, but there will certainly be an investment in time and effort.

Product Hunt is by no means the first publishing site to try to integrate products. It may not even be the most recognizable brand to try it. But Product Hunt is a star in the retail industry. Ecommerce marketers already know that being featured on the site almost guarantees sales.

The more that media companies and merchants see success from sites like Product Hunt, the more inclined they will be to try to replicate that success.

The Product Hunt shop is now open for business. It will be interesting to see if its business model spreads.