Quick Query: Two eCommerce Merchants on Operating in a Recession

Many large retailers report slow sales in the face of the current recession, but we wonder how the recession is affecting smaller ecommerce businesses. We posed that question to two online merchants. Kristen Taylor is founder and president of Juvieshop.com, a retailer of clothes and gifts for older kids. Jonathan Juriga is owner and president of Yoursleepstore.com, a retailer of bedding and bedroom accessories.

PeC: Kristen, tell us about your business. What do you sell, when did you launch your business, where are you located? 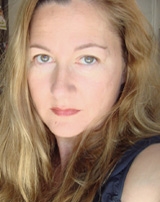 Taylor: “The business is Juvie or Juvieshop.com and we are a seller of clothing and gifts, primarily clothing, for older kids who are also known as tweens. We launched the business in the fall of 2006 and we went online in the beginning of 2007.”

PeC: So, you have a physical location as well as an online location?

Taylor: “That’s right. We have a retail store in Los Angeles.”

PeC: How about you, Jonathan? Tell us about your business.

Juriga: “We started development back in 2005 and we went online with Yoursleepstore.com in, I think, May of 2006. We are located in Fort Lauderdale, Florida. We do not have any retail locations. We’re a drop ship and an ecommerce site.”

PeC: Tell us what you sell, Jonathan. 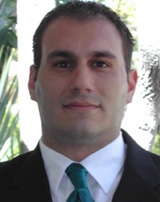 PeC: The purpose of this conversation is to discuss the state of ecommerce sales, in particular for smaller businesses, in the face of the recession. To help our readers, Kristen, starting with you, could you give us an idea of the size of your business?

Taylor: “Sure. We keep about 600 styles in stock at any given time and that’s divided between girls items, boys items, toys, accessories, gifts, and with targeted ages from 7-14.”

PeC: What percentage of your business, Kristen, is online versus your physical location?

Taylor: “The online percentage is increasing, especially since the recession started 18 or 20 months ago. At this point, we do about 65 percent of our business online.”

PeC: How about you, Jonathan? Give us an indication of the size of your business, please.

Juriga: “We have, I think, about 1,500 SKUs. That’s broken across about 340 different products in stock at our various distributors and manufacturers across the country. Since the recession started, our business has actually dropped considerably.”

PeC: That leads me to my next question. I’ll start with you, Kristen. Tell us how has the recession has affected your business.

Taylor: “It’s interesting to look at it compared to the store in Los Angeles, because that store has seen the business go down significantly, even just looking at the first five months of this year. [Our] online business is actually up 4 percent this year. Interestingly, we’ve seen traffic to our website go down about 10 percent in that same period. So, even though we have fewer people browsing, we have more people actually buying.”

PeC: What do you attribute that to?

Taylor: “I think window shopping is not as popular as it used to be, frankly. I think that people are feeling like their budgets are tighter than they used to be and there’s not as much of a chance that they’re actually going to buy when they’re shopping.”

PeC: How about you, Jonathan? How has the recession affected Yoursleepstore.com?

Juriga: “Well, interestingly enough, and I’m very happy for Kristen, but it’s been the complete opposite for us. When the recession hit, the kind of the first wave of it was the housing crisis and the mortgage crisis. I found that as the foreclosure rate grew, our sales dropped by a factor of 10. We’re just now rebounding in the last three months, but in September, October, November, December of 2008, we were down 82 percent over the year before.”

PeC: So, what does the first five months of this year look for you?

Juriga: “January and February went from 80 percent down to 60 and then to 40, for February. I think right about now, we’re still down. We’re down about 20 to 25 percent right now.”

PeC: Kristen, any benefits from the recession? Are you seeing better deals from your suppliers? Any sort of cost savings that you’re seeing?

Taylor: “No. I wish that were the case, but no, and the only savings that I’ve been able to figure out had just been because of my own cost cutting and comparison shopping for various spenders and things that we need.”

Taylor: “What I noticed really right when the crisis hit in September and October of 2008 is that the bid prices suddenly shot up. I don’t know exactly why that happened. People seemed to get very, very aggressive about it. So, instead of jumping in with higher bids, I analyzed the actual conversion rate on pay per click and decided to invest that money in search engine optimization rather than in pay per click.”

PeC: That’s interesting. How about you, Jonathan? Any benefits to the recession? Any better pricing from your suppliers?

Juriga: “I wish I can say there was. We have one or two really good suppliers of some of our linens and bedding products that have been giving better incentives.”

PeC: Do you do any pay per click advertising, Jonathan?

Juriga: “Well, I do. Not so much anymore. I too noticed the same thing Kristen had mentioned and I’ve been doing it for a couple of years.”

PeC: Kristen, starting with you, our readers are smaller online merchants. Anything on your mind for those readers as they grapple with the recession?

Taylor: “I guess my tactic at this time is to stay as lean as possible. Cut cost where you can, whether that’s on your phone bill, or whether that’s on your advertising. See if you can work some sort of co-op deals if you can find them with either similar merchants or similar vendors. For instance, we’re involved in a coupon program called Totally Indie where 20 independent boutiques get together and supply coupons so that every order that comes out from us has a coupon not only for our store, but these other 19 stores as well. We’re basically looking for ways to increase our visibility without spending a lot of money.”

PeC: How about you, Jonathan?

Juriga: “Well, a lot of the same things. I encourage people to just try and give it their all. Don’t get depressed. Don’t get discouraged. Times will get better and that’s one thing I’ve learned. Even though this business, Yoursleepstore.com, has been online only since 2006, my web design and development firm has been around since 1999. We’ve seen a couple of these bubbles. Don’t get depressed. Keep on moving forward and, like Kristen said, try to cut cost any way you can.”