Sales tax is a confusing concept for ecommerce merchants, and many consider Internet sales to be a sales tax-free domain. However, this is not the case, and ignoring sales tax can have severe consequences for merchants from whom it is due. 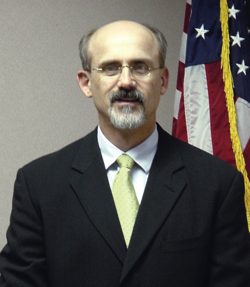 Unfortunately, many states have confusing and contradictory sales tax laws and collection methods. It can be easy for merchants to get lost in the over 11,000 sales tax jurisdictions in the United States. To deal with this, a committee made up of officials from several states began a project to enact legislation and provide methods to simplify sales tax. One of the ways it has done this is by designating four sales tax software solutions as “Certified Service Providers.”

Scott Peterson is Executive Director of the Streamlined Sales Tax Governing Board (SSTGB) a multi-state initiative to simplify the process of collecting and remitting sales tax for merchants. Currently Arkansas, Indiana, Iowa, Kansas, Kentucky, Michigan, Minnesota, Nebraska, Nevada, New Jersey, North Carolina, North Dakota, Oklahoma, Rhode Island, South Dakota, Vermont, Washington, West Virginia and Wyoming are member states of the project. Ohio, Tennessee and Utah are associate member states. The SSTGB provides a registration system for any merchant who wants to register to collect sales taxes in the Streamline states. This can be done at the Streamlined Sales and Use Tax Central Registration System. Here Peterson discusses some common questions merchants have about sales tax and about the sales tax and the SSTGB.

PeC: Is every ecommerce merchant subject to sales tax?

Peterson: No. Like any other merchant, ecommerce merchants located in a state without a sales tax do not have to collect sales tax unless they have taken some action to create a physical presence in another state.

PeC: What is the role of the SSTGB in helping merchants fulfill their legal sales tax obligations?

Peterson: Streamline’s role is to get states to work together to make their sales tax law and administrative process simpler so that merchants spend less money collecting the tax.

PeC: Why should a state enter into the SSTGB?

Peterson: All states with a sales tax have something to gain by being members. Of course there are changes every state must make to become members, and for some it may be that the effort to make those changes is too costly for the benefit they would receive.

PeC: What are the benefits of registering with the SSTGB?

Peterson: The benefits for registering include taking advantage of a tax amnesty in seven different states, the opportunity to have the states pay the cost of sales tax administration software and the ability to register in one place for all the states.

PeC: How does amnesty work?

Peterson: Each state that is a member of Streamline must offer a tax amnesty for the first 12 months after joining. That amnesty must forgive all tax, penalty and interest that should have been collected by any merchant who should have been collecting tax but didn’t. A merchant receiving the amnesty must collect sales tax in all the Streamline states. Because most states have been members for more than 12 months, only seven states are currently offering the amnesty.

PeC: What could happen to a merchant who doesn’t collect sales tax?

PeC: Explain the different “models” and what each presents to a seller.

Peterson: A CSP must undergo nearly a year’s analysis by the Streamline states. That analysis is to make sure the company’s tax decision software accurately reflects the sales tax law in each of the states. In addition each company must be able to integrate its software into a merchant’s accounting software and be able to file tax returns and remit taxes to the states.

PeC: Which of the CSPs would be most helpful for smaller merchants?

Peterson: I think all four of the CSPs are equally capable of helping smaller merchants.

PeC: Do you predict that all states will enter into this agreement?

Peterson: Yes, although some states may not join until after federal legislation is enacted.

PeC: Does a seller have to register if they sell to consumers in a member state, even if it’s not their place of business?

Peterson: No, unless the seller has a physical presence in that state. “Place of business” is a term of art meant to describe a store or office. Other actions by a seller can create a requirement to collect a state’s tax.

PeC: Does a seller have to collect sales tax even in non-member states?

Peterson: Not under current law.

PeC: How does a seller go about filing returns?

Peterson: The best option is for a seller to use a CSP because the CSP files the tax returns and pays the tax. However, a seller can do this on their own. Each state has similar filing requirements.

PeC: Say I’ve been either over-collecting or under-collecting sales tax from my customers. How can I correct this with the entity I owe taxes to?

Peterson: I believe every state has a process for amending previously filed sales tax returns. The merchant should ask the state for its specific process.

PeC: Is the sales tax process simpler for online retailers than it was when the project began?

Peterson: Yes. Through uniform definitions, uniform forms, and uniform processes. That is in addition to the creation of the CSP concept, which has significantly reduced the complexity of collecting sales tax.

For more information, go to Streamlinedsalestax.org.