Texting ads and promotions to customers is an excellent way to announce sales and drive foot traffic to brick-and-mortar stores, service providers, and restaurants. But can text messaging drive site traffic to online retailers, too?

Dutch Bros. is a regional, drive-through coffee shop chain in the Western United States. The franchise store in Caldwell, Idaho has built a significant following by sending out one or two text message ads each month offering a deep discount to customers on their short message service (SMS) list.

On a recent morning Dutch Bros. announced via text that all lattes, cappuccinos, espressos, coffees, and the like were just $1 regardless of size. The result was a traffic jam with dozens of vehicles waiting to take advantage of the special. Although Dutch Bros. was probably not making a lot of money selling $5 drinks for $1, it was rewarding loyal customers and building the kind of relationship that will lead to long-term growth. 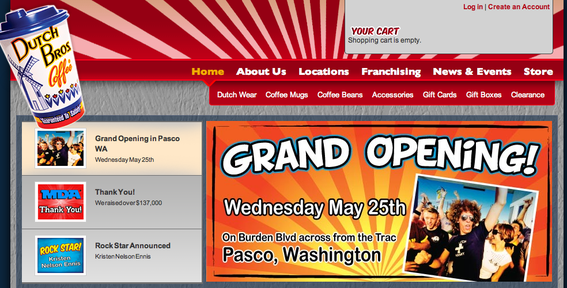 SMS is the technical protocol for sending a text message to and from a mobile handset or similar communications device. Anyone familiar with texting is familiar with SMS. As far as marketing is concerned, SMS uses a model similar to email. Customers opt to receive discounts or other communications via text message, and marketers send messages as promised. The customers should be given a clear opportunity to opt out at any time too.

SMS is actually even more popular outside of the United States, with some estimates stating that there are 2.4 billion active users worldwide.

Mobile handsets are also changing, as increasingly consumers are choosing smartphones like any of the Android-based devices or the iconic iPhone, which are capable of voice, SMS, and Internet-based communications.

In fact, a Merrill Lynch report cited by Smaato, stated that in just two years, smartphones would replace personal computers as the most common means of Internet access worldwide.

The relationship between SMS capabilities and Internet capabilities in these devices creates a particular opportunity for ecommerce merchants who can send SMS messages to interested consumers with a link that those consumers may act on. In fact, Todd Davenport writing on the iMobile Marketing Direct blog said that “over the past two years, Sears and eBay have adopted SMS text messages to promote their sites via the URL embedded within text messages, thus driving customers back to abandoned mobile shopping carts.”

Separately, a published report said that 34 percent of consumers who have opted to receive SMS marketing would, in fact, respond.

Getting Started with SMS Marketing

In most respects, SMS lists can be built in the same way as email lists. Online merchants will want to include opt-in offers on-site and encourage shoppers to join by offering discounts, special offers, or even rewards. For example, when a shopper is checking out, a store may offer a $1 off coupon code for joining an SMS list. The customer enters a valid mobile phone number, and the coupon code is sent via text messages for use on the current purchase.

In general, SMS marketing will likely take one of three common forms: coupons or discounts, surveys, or reminders.

SMS marketing is relatively unproven for ecommerce but the size of the potential audience, the ease of clicking on a link in a text message, and the various way to engage shoppers, seems to make SMS an intriguing channel for ecommerce marketers.