Many social media platforms have evolved to integrate marketing, advertising and commerce. This got us wondering how many companies use social media for business purposes and how effective it has been. A recent survey conducted by Practical eCommerce polled our readers about the current trend toward social commerce.

The January 2011 Survey asked four questions about social media in business, with a comment section for each response. Readers who completed the survey, and then provided us with their names and email addresses, were automatically entered in a contest to win a $25 Amazon gift card. The January 2011 contest winner, chosen by a random number generator, was Paulette Mandelbaum of newINTERACTIONS.

What Forms of Social Media Do You Use for Your Business? 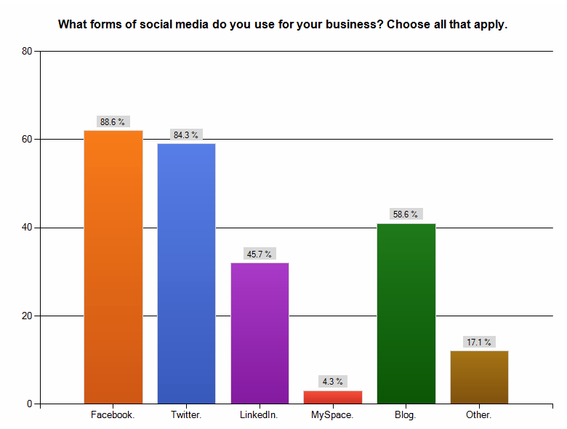 Chart: What forms of social media do you use for your business? Choose all that apply.

It’s no surprise that Facebook and Twitter are the most used social platforms, with more than 80 percent of respondents saying they use both. Facebook received the highest number of positive responses (88.6 percent), and Twitter ran a close second with 84.3 percent. Blogs are used by 58.6 percent of polled businesses, and LinkedIn is used by nearly half of respondents (45.7 percent).

The box for “Other” forms of social media was ticked by just 17.1 percent. At the bottom of the charts is MySpace, garnering a mere 4.3 percent of responses.

What Percentage of Your Company’s Sales Stem from Its Social Media Efforts? 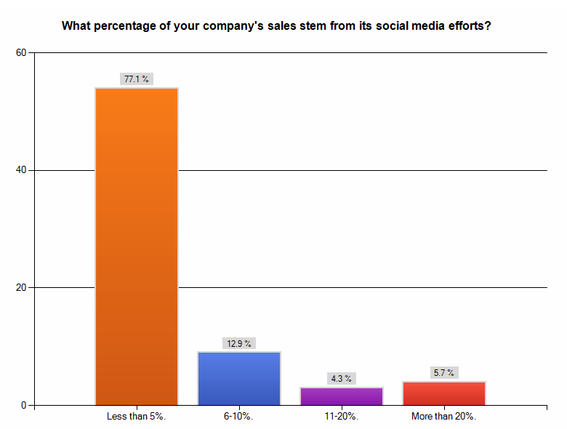 Chart: What percentage of your company’s sales stem from its social media efforts?

None of the comments on this question were in a positive vein. One wrote, “I would probably say ‘nil’ – despite having had a Facebook Shop (Payvment – not current) and placing Facebook ads.” Another said, “Difficult to track – currently viewing as a branding/PR channel.” A third said, “I’m really not sure yet, we’re new to social media. This is a guess.” 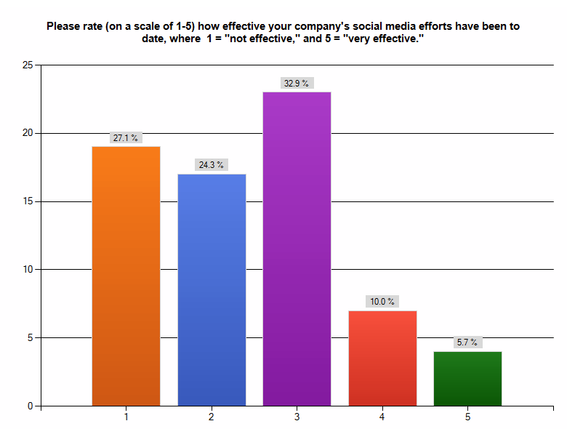 Chart: Rate (on a scale of 1-5) how effective your company’s social media efforts have been to date, where 1 = ‘not effective,’ and 5 = ‘very effective.’

The largest percentage of respondents landed in the middle, with 32.9 percent choosing number 3. Ten percent ticked 4, and just 5.7 percent said their company’s social media efforts have been “very effective.”

Comments on this question ranged from hopeful to doubtful. One said, “It’s hard to know, but we depend a lot on reaching people online, so we believe it will be successful.” Another respondent said, “No sales and very little increase in followers on Facebook. My ads were tailored [precisely] to my target market.” One comment seemed optimistic for the future, “It’s getting better and more effective over time. Key is to build a presence and then begin leveraging it through more specific offers.”

Which Best Describes You or Your Business? 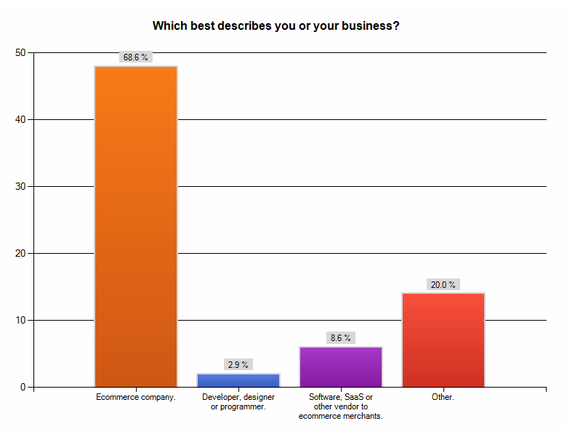 Chart: Which best describes you or your business?