The shift to tablet and smartphone computing will surely change how consumers shop online. We recently spoke with Brian Horakh, founder and CEO of Zoovy, the shopping cart platform, about how this shift will affect ecommerce merchants. Horakh is an ecommerce pioneer — having founded Zoovy in 2000 — as well as a seasoned technology strategist.

Practical eCommerce: What are the implications to ecommerce merchants as more consumers use smartphones and tablets to access the Internet? 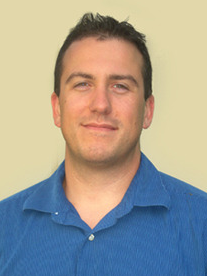 Brian Horakh: “The first implication is to recognize this as a time of change and that businesses need to adapt. Customers will have new interfaces that are being presented. For example, with a tablet you’re not using a mouse. You’re not using a keyboard. You’re using a touchscreen.

“Where people are using a mobile technology, a lot of times they’re not browsing as much. It tends to be a much more task-oriented type of experience that they’re looking for. The usage times depend on when they’re using the phone or a tablet. A lot of times, they’ll be using that in bed at night. They’ll be using it at the breakfast table, on the couch, and so they’re used at different times and that also impacts how you message.

“Email marketers used to recommend sending your email campaign Sunday night or Friday afternoon. With the tablet, there are several studies that have been done recently and they’re saying that it’s better to send your email around 6:00 p.m., when recipients are getting into bed about 8:00 p.m. They’re groggy and they just want to get something wrapped up before the end of the day. They’re making that purchase right before they go to sleep.

PEC: Can you give us an example of usability? How will usability change for the use of tablets or smartphones?

Horakh: “The first thing we have to recognize is that you can’t just say, ‘Okay, forget about everybody who’s still using a mouse. Let’s just build an interface that’s optimized for a touchscreen.’ You can’t do that today. We’re working in a world that is half and half, at this point. It’s still more than 50 percent browser-based. But this is going to be the last year that this really is the case. So if you’re building a website or you’re planning on changing your website, you should be thinking about how are these new interfaces going to interact with this.

“For example, there is a trend of using smaller buttons. If you let your web designers go nuts, they’re going to go for a lot of white space. They’re going to have very small buttons. Well, that’s great if you’re using a mouse where you can sort of get that precision control. But on a touchscreen, especially on a small mobile screen, a tiny button provides an incredibly bad user experience. So that’s just one example and there’s probably thousands of those.”

PEC: Many merchants receive much of their traffic from search engines. Will this change with tablets and smartphones?

Horakh: “Absolutely. First of all, on a tablet or smartphone, they can display the web, but the web is really the resource of last resort. So for a phone or tablet user, their preference is going to be to use an app, for a number of reasons. Apps provide a better, more interactive user experience that’s customized to the device. And it’s not just the interface and the web itself. The app has the ability to access the capabilities of the device. For example, the app can access the GPS, which facilitates a local search.”

PEC: What do you mean by local search?

Horakh: “We’re talking about somebody searching for an item and being able to find it locally for either same day delivery or same day in-store pickup. It turns out that when people want something, they would rather get it from a local vendor. There’s just a ton of work going on right now, to show what is available in an area. So when somebody does a search in an app, they’re going to be able to see local results. Who has this item locally? What am I going to pay for it locally?

“Let’s consider Yelp, the consumer reviews site. You can look at Yelp as an ecommerce tool, although they’re not selling anything directly. A lot of businesses rely on those Yelp ratings to get customers in the door. Yelp is sort of a marketplace for restaurants and clubs and mechanics, a lot of service-based industry. And Yelp has an app, and when I use that app, I don’t go to the web. I’m kept inside of a little Yelp bubble, the Yelp app inside of my phone or my tablet and the app is cool because the app remembers me. I don’t have to log into it. It knows who my friends are. It has a lot. Again, it’s aware of where I am, so it says, ‘Oh, you know, here’s a restaurant that’s three doors down from you.’

“So the ability to access the capabilities of the device and specifically when we’re talking about local search, knowing the precise location of the device within a few meters is incredibly useful.”

PEC: The prospect of a lessening of influence of search engines we can’t quite get our heads around.

Horakh: “I’ve been doing Internet stuff since before the web and so I remember before the search engines. When the web was smaller we had directories. We had EINet, then we had Yahoo! and as the web grew, a directory was the right way to find things because when you wanted to go on the Internet. I still have a book [from the early 1990s] on my desk called The Whole Internet and it has a list of every website on the entire Internet, basically printed out for people.”

Horakh: “When you think about the Internet in terms of how it’s expanded, the search engines really stopped giving us good answers a few years ago. The web outgrew it, with the amount of information available there. Most of the time when you do a search on Google, you’re going to be brought to Wikipedia. You’re going to be brought to Amazon. You’re going to be brought to some trusted source for that information and it turns out that’s really the only way that anybody can publish anything on the Internet, which is both the amazing part of it and the downside to it. When customers are looking for a safe, familiar experience, just sending them to some random website often isn’t the best experience and that’s what Google’s finding.”

PEC: How do you envision online consumers shopping in the future?

Horakh: “From a merchant’s perspective there are going to be two types of sales you can do. There’s going to be what we call a direct sale, which is somebody who has come to your website or your app and purchased directly from you. Then there’s going to be indirect sales through things like marketplaces, such as Amazon, eBay, Buy.com, Sears, Newegg — any of those sites. And you’re going to see a lot more marketplaces come online in the future.

“On the indirect side, you’re going to be looking at something called marketplace optimization, which is a lot like search engine optimization, but in a sense that you’re trying to move your ranking up. But it uses completely different metrics than search engines do. For example, a search engine uses something like keyword density, the number of back links, meta tags.

Listen to the complete audio interview with Brian Horakh.

PEC: What are Zoovy’s plans for all of this, for the consumer migration to tablets and smartphones?

Horakh: “We’ve got a ton of stuff going on over here, some of which I can talk about. We’re launching a new web development platform that is designed to build HTML5, CSS, JavaScript based websites that are very mobile phone friendly and that can easily be converted into mobile apps. We actually released mobile sites to all of our customers back in 2006, right after the first iPhone shipped and so we’ve been in that space. We’ve been tracking the sales. It’s been really uninteresting up until this last year. This last year all of the interesting stuff really started to happen in the mobile space.”

PEC: Anything else on your mind for our readers, ecommerce merchants?

Horakh: “You need to be using mobile technology at this point. You need to start looking at where all of the technology is going. If you’re not selling on marketplaces today, you probably should start thinking about that because a huge number of sales are going to go to the marketplaces — sites like Amazon and eBay — and the success or failure of those marketplaces is going to be determined by what kind of app experience they can bring to buyers. Start really looking at what your competitive advantage is going to be, what you’re going to deliver to the shopping experience that a larger retailer can’t deliver.