Toolking.com: From eBay To A $31M Empire 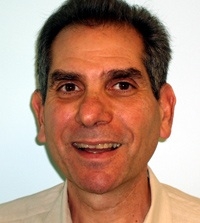 One thing that sets man apart from every other living thing on the planet is his ability to make and use tools. What sets Tool King apart from almost every other place you can buy tools is, well, just about everything the company does. Around 17,000 or so tools sell on the Toolking.com and Toologics.com websites. To make that happen, the company relies on an infrastructure of 30 people and a state-of-the-art warehousing and fulfillment system. The brand has appeared on the “Inc. 500” list three times and is now the go-to place for tool users worldwide. Don Cohen, a Michigan native and a psychologist by education, started selling tools back in the ’70s out of a little store in Detroit. Then he moved to Colorado and built an empire of five stores in Colorado and Wisconsin.

Don Cohen: “In 2001, my 14-year-old son was fooling around on eBay and I asked him, as a kind of bonding experience, if he would like to list a couple of tools. I thought we could spend four bucks and have a little fun for a couple of hours. Lo and behold, the first tool didn’t sell but the second (a DeWALT Cordless Drill) did. So, we decided to list four more items and next thing we knew, we had 15 or 20 items up for sale. Ultimately I took it in-house. I ended up closing all the stores but one and built the Internet business around it. We only made $7 on that first sale, but it launched our Internet business.”

If you don’t know about Toolking.com, we won’t keep you in suspense. The business does about $31 million a year in total sales and 65 percent of that is on the Internet. It’s located in Littleton, Colo., where its only brick-and-mortar store is located.

Cohen: “We have one big store that is about 10,000 square feet, but it only does about 35 percent of the sales. Everything else is on the Internet. Our Internet business grew by 80 percent last year. That puts us in the top 20, in terms of growth (according to Internet Retailer magazine) and either number two or three in the tool sector.”

ToolKing is still on eBay and is the largest tool seller on the auction giant. You’ll also find the company on Amazon. Cohen added his own website six years ago. Toolking.com is now a massive retail site with more than 17,000 items for sale at any given time. But the man who says he’s still not really a tool guy has just launched a cutting-edge site aimed at building a “tool community.”

Cohen: “We just launched a community site; in fact, we’re the only tool company that has a community site. It’s called Toologics. It’s a reflection of our thinking that the key foundation of the Internet is communication and connectivity. Our community site is where people can participate in forums and workshops; interact with us; develop blogs and find a lot of industry information. We’re partnering with our major vendors and they will publish major event dates and product announcements.

“We’re seeing people use the Internet for information and entertainment, instead of just purchasing. So, we think that by maintaining a site that is more knowledge-based, we’re going to attract the more serious tool buyers. Also, as part of this process, we have developed 200 unbiased reviews and tips about tools, their uses and the brands that do the job better. We think that by empowering our customers with knowledge and information, we will be offering a value-added tool-buying experience.”

At the turn of the century, Cohen and company were out on a limb (another way of saying “cutting edge”). Companies like Bosch, DeWALT, Delta and others, whose brands were accepted and readily purchased, were still living in the Iron Age of tool marketing.

Cohen: “Nobody was on board (with the Internet) and nobody wanted to be on board. Most of these companies had so much invested in their retail sales system that they looked at this as a sort of disenfranchising element. That thinking has been changing and vendors are starting to see this as a viable channel. And, more importantly [in our favor], there is not a lot of brand loyalty [demonstrated] by the big boxes.”

As much as he knew about the tool business, Cohen, like most brick-and-mortar retailers, suffered from IUD (Internet Understanding Deficiency) when he started his e-tailing experience.

Cohen: “We were too dumb to know what we shouldn’t have done. You know, we did a lot of things that were innovative and looking back, you can see they were an example of either good timing, good positioning or us working real hard. What we did was try to leverage as much information as we could and we looked at the competition, not just in the tool category but everywhere. We looked at companies we admired to see what they were doing. The beauty of the Internet is that when somebody does something, you can see it and you can see how people react. Slowly but surely we started to see what to do and what not to do.”

One thing Cohen learned was that eBay wasn’t the beginning and the end. The business wasn’t going to just keep growing on that platform. About the time eBay got exciting for ToolKing, a lot of other people were excited by about the online auction site.

Cohen: “eBay getting crowded is what prompted us to get our own website, which was a learning experience in itself. It was a whole new animal in terms of the technology it required and the challenge of how to build a website. As you build one part, then you have to work on customer service and then you have to work on fulfillment. We learned that what sold well in retail didn’t necessarily transition to the Net.

“By the same token, working with the worldwide population created other issues like a particular tool that we might not put on the floor, but would justify a listing on the website. After being in store-based retail for 20 years it was invigorating to move to an area that was kind or limitless relative to the real world as far as the amount of retail space, the cost of rent, the number of employees to hire.

“Looking back, almost all the surprises were positive. Having an existing business did make the move to the Internet a lot easier. It would have been difficult to start from scratch without our sales and vendor experience and relationships.”

If you know about tools, you know tools can be very heavy. Heavy translates into big shipping costs. The intrinsic costs coupled with recent rises in shipping expenses presents a challenge and a need for innovation. While ToolKing has a warehouse in Littleton, Colo., Cohen doesn’t ship everything from there. Some of it is drop-shipped from manufacturer to customer. Some of it takes another route.

Cohen: “We have a relationship with UPS and they have warehouses around the country where we have our vendors ship heavier items and they are stored in those locations. For example, they have a warehouse that covers the east coast. By shipping out of there to the East Coast customers, we don’t incur zone charges, which reduces our costs by as much as 30 percent. Of course with volume, we can drive a better deal and with DHL coming into the market where we only had FedEx and UPS, everyone is sharpening their pencils a little.”

Cohen learned early on that the Internet business is different from the store-based business. That prompts him to think about really understanding the platform and being in tune with its never-ending business day.

Cohen: “Because the Internet never ends – it’s 24/7 – it’s all about being in alignment with the medium itself. In other words, if you are more aware, if you are more responsive, if you’re changing with the changes, you will stay one step ahead of the companies that are still working on yesterday while you work toward tomorrow. Whether it is for price changes or for product changes, we monitor all of our competition by the hour to see what they are doing. We’re really tied in with the industry and its publications, so we know what is happening. Then we take the best of the best and see how we can integrate that into our everyday business model.”

You would think that with Toolking.com, Toologics.com, Tkrecon.com (reconditioned tool sales) and an eBay business, Cohen would have his hands full. The philosophy of staying ahead of the game keeps him looking ahead.

Cohen: “We’re going to build the B2B (business-to-business) component and have a special area for bids and quotes, and special services for larger commercial customers. We’re going to build a marketplace so even competitors can list on our site, sort of like Amazon is doing. We’re just taking the best facets of everybody and incorporating those elements into what we do.

“We’re pretty thoughtful and because we’re self-funded, we don’t take many big risks. We just sort of put a toe in the water and check it out before jumping. If you look at us in six months, you will get a different feel compared to what you see today. Like we did with TKRecon, the reconditioned tool site, we are launching a woodworking site and a site for automotive guys. Eventually, we will have six or seven specialty sites. All these are more niche-oriented so that someone who is only interested in certain things doesn’t have to search through the entire main site.”

Maybe it’s his psychology education, maybe it’s just his 34 years in business, but Don Cohen developed a specific sense of what it takes to be successful in business, on the Internet or elsewhere. He uses a word you don’t hear much in business circles: “academically.”

Cohen: “I think perseverance and looking at everything academically first is important. You have to learn the business before you can earn from it. Too many people who have never been entrepreneurial get into a business and think it is just going happen. Most people can be successful if they just hang in there long enough. I think if someone enjoys and is passionate about what he/she is doing, it’s possible to stay in the game long enough and be successful.”

The son who sold the first tool on eBay in the father/son bonding experience? Cohen says he left the company after a couple of weeks to pursue other things (sports, girls, cars – you know).

Cohen: “He attends [University of Nevada at Las Vegas] now and plays on the lacrosse team. I think he wishes he’d taken stock options instead of the $20 I paid him for the experiment.”