As of yesterday, January 31, Google AdWords no longer allows advertisers to create or edit standard text ads. This should not come as a surprise. In September, Google announced the January 31 deadline, and the AdWords interface contained a notification throughout January.

What Are ‘Responsive Ads’?

Responsive ads automatically adjust their size, appearance, and format to fit just about any available ad space. For example, your responsive ad might show as a native banner ad on one site and a dynamic text ad on another, as it automatically transforms itself to fit precisely where you need it to go to meet your advertising goals. As such, responsive ads can increase your reach and impact while also saving you time.

So, basically, advertisers supply the raw materials and AdWords fits and blends to any ad placement.

How To Create Responsive Ads

In your AdWords account, navigate to the Ads tab.

Navigate to the Ads tab in your AdWords account. 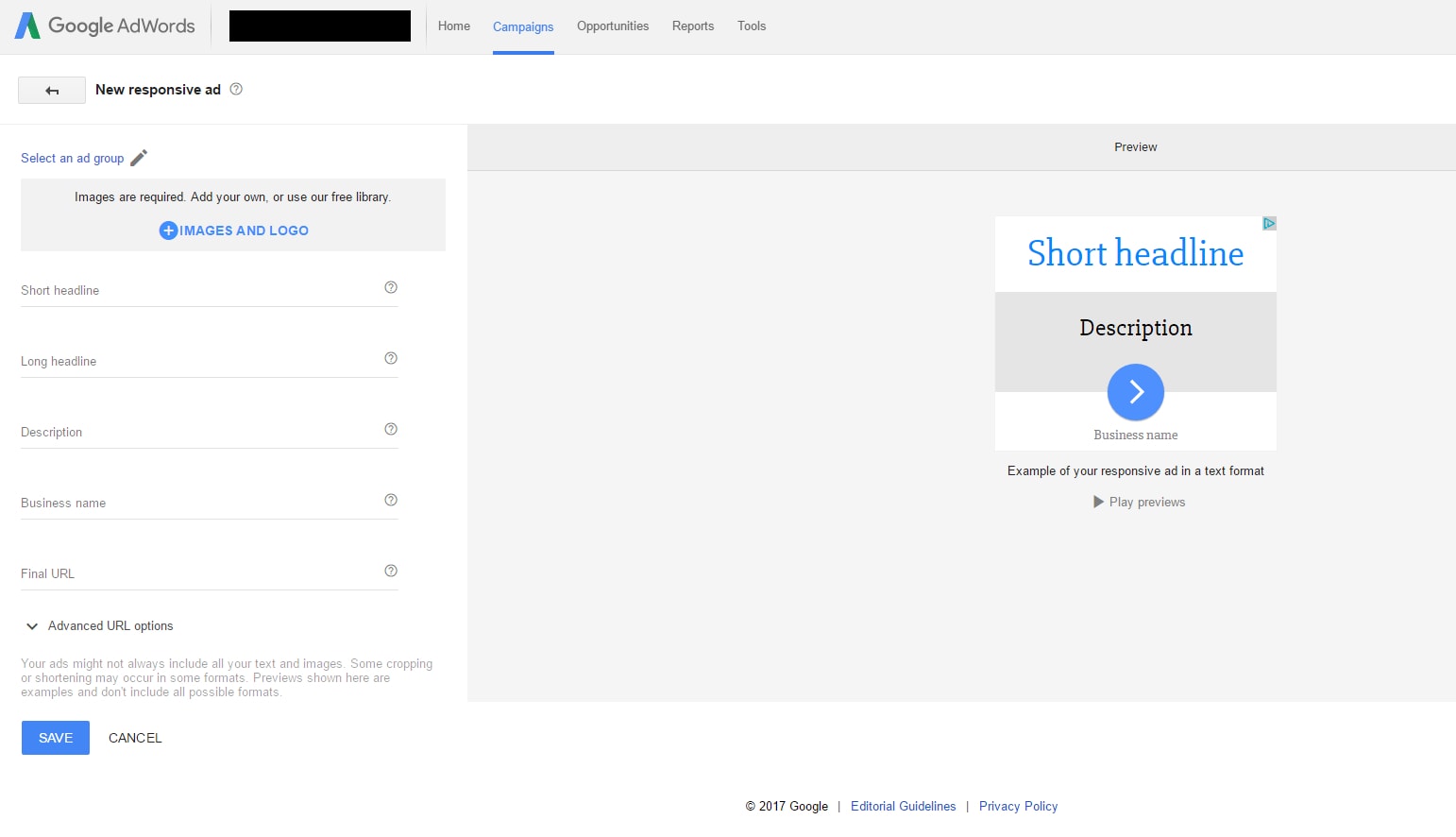 Step 2: Add images and logo. You need three distinct ads with specific sizes and aspect ratios. All must be less than 1 MB.

Step 3: Short headline. You have up to 25 characters for the headline, the same as your previous standard text ads. Consider using the headline of the top-performing standard text ads as a starting point for your responsive ad testing. It is usually displayed with the description — see below.

Step 4: Long headline. This is the most tricky component because it’s new. You have up to 90 characters and in some ad formats this will be displayed instead of the short headline and usually without the description. So it has to be a combined headline and call to action. It’s more like an expanded text ad. For ideas, consider using some of your best Headline 1/Headline 2 combinations from your search ads.

Step 6: Business name. There is not a fixed character limit in this field. If you have a very short business name, you can get away with adding a descriptive word or two. Don’t push it so far that people won’t recognize your name, but it can improve your ad.

Step 7: Final URL. This is the URL where you want a visitor to go once they’ve clicked the ad.

Fortunately the responsive ad wizard has five previews to show how Google will combine the components to create ads. Here are the potential templates. I used a stock photo of an electrician to illustrate. 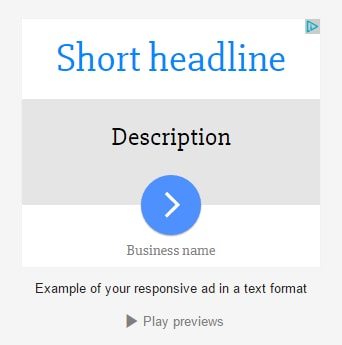 Preview 1: responsive ad in text format with a short headline. 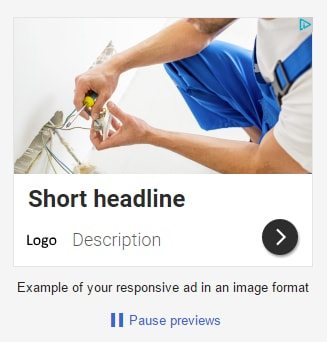 Preview 2: responsive ad in an image format with a short headline. 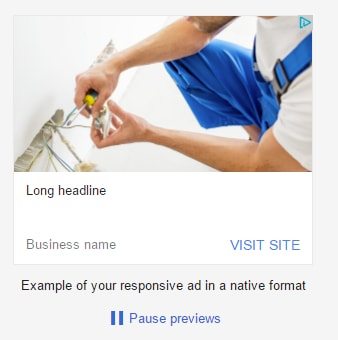 Preview 3: responsive ad in a native format with a long headline. 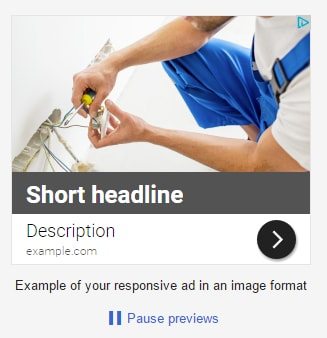 Preview 4: responsive ad in an image format with a short headline. 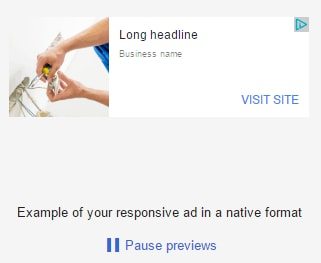 Preview 5: responsive ad in a native format with a long headline.

The first preview is the previous richer text ad format and the subsequent four previews are new. The newer formats look like banner ads because of the imagery and logo, but they are still clean and simple.