On July 6 and 7, 2016, Niantic and Nintendo began rolling out a new augmented reality app called Pokémon Go. Within a few days it was a hit. Kids and adults nationwide began downloading and playing this new scavenger hunt-like game.

It’s so popular that people are sometimes crowding parks and other locations, chasing their favorite Pokémon characters in order to capture them. Local businesses can take advantage of this phenomenon by purchasing “Lures” to entice players into their stores. Here’s how to do that, along with a few caveats. 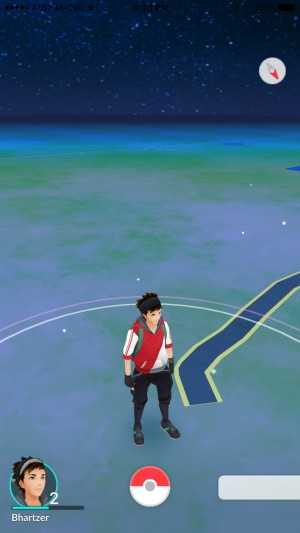 Pokémon Go allows you to create an avatar and explore your area in order to capture Pokémon.

Pokémon Go is a free app that’s available on Apple’s App Store and, for Android devices, in the Google Play store. Installing the app is fairly easy. When you first start the app you’ll need to set up and choose a character. You can customize your character’s gender, hair color, clothing, and a few other details. The whole idea of this augmented reality game is that you walk around the real world, with the app running on your phone.

As you go from location to location, you’ll learn where Pokémon characters are located by looking at a live map. When you’re close to a character, your phone’s camera turns on, and the app superimposes a computer-generated image of one of the characters in your camera’s view. You get “points” for capturing these characters: you then fill out your virtual “game board,” called Pokédex.

Pokémon Go has populated the worldwide map, using an algorithm to place characters in certain locations. I’ve viewed the map and played the game. It’s clear that popular locations tend to have more characters.

And other locations, such as rural areas and less frequented locations, won’t have any characters. In the Dallas area, where I live, I quickly learned, based on a few of my friends’ Facebook posts in recent days, that a certain city park has many characters. When one Facebook friend visited that park, he saw a lot of people walking around, looking at their phones.

Here’s where this all gets interesting for local businesses: Pokémon Go users are physically trying to find characters, on a virtual scavenger hunt. Pokémon Go has allowed us to purchase “Lures,” which will entice Pokémon Go users to come to a particular location. So, a local business, such as a restaurant, retail store, or even an event can purchase “Lures” called “Lure Modules” in the app, and draw these users to its location.

Purchasing a pack of eight Lure Modules currently costs 680 Pokécoins. One Lure Module costs 100 Pokécoins. Pokécoins cost $.99 for 100, and 14,500 Pokécoins for $99.99. A Lure Module attracts Pokémon to a PokéStop (a local business location, for example) for 30 minutes.

Here are a few ideas on how you can attract consumers to your location using Pokémon Go. 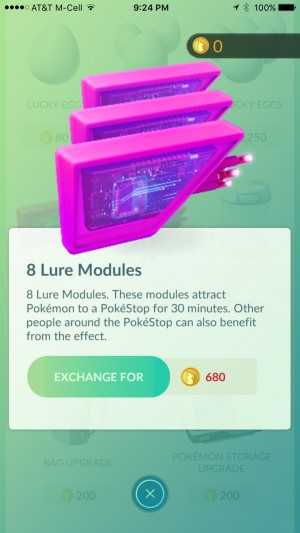 Lure Modules can be purchased with Pokécoins to attract Pokémon to a location. 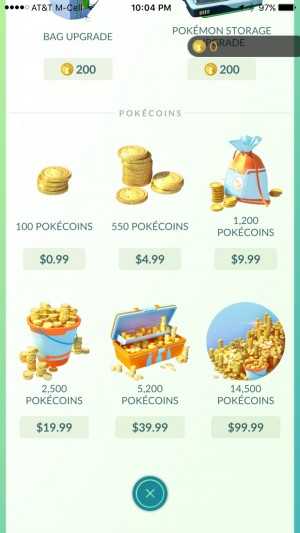 Based on my research, local businesses in larger cities tend to have a better opportunity to use the Pokémon Go app to lure shoppers. Local businesses in cities smaller than about 100,000 people may not have many Pokémon Go players yet, or they might not be able to purchase Lure Modules on the app. Download and test the app to see the amount of activity in your area.

Beyond that, find out if your business has been designated as a “Gym” or PokéStop already. Install the Pokémon Go app on your phone and you’ll quickly know. Pokéstop or Gym locations are pre-determined by the app’s makers. They tend to be places where Pokémon Go users flock to in order to capture characters. PokéStops and Gyms tend to attract a lot of foot traffic.

Businesses like food trucks can easily locate near PokéStops and Gyms. If you are able to sell your goods near a PokéStop or Gym, you may see a lot more foot traffic to your business.

Pokémon Go app is likely a fad that will last a few weeks, months, or even years. However, what’s important is to look for alternative ways to market your local business and attract more customers. Be nimble, be quick. For just $100 and only $1.19 an hour, Pokémon Go may lead to more customers.