Editor’s Note: Most observers agree that video enhances an ecommerce site and likely increases its conversion rate. But there are many different video formats, and the terminology surrounding the use of video can be daunting. To help us sort through some of these complexities, we continue our dialog with Russ Somers, director of product marketing with Invodo, an ecommerce video provider. Somers, a video expert, previously addressed HTML5 video, in “HTML5 Video: 12 Frequently Asked Questions”.

Why are there so many different video formats? 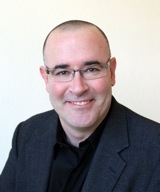 Russ Somers: “Because video formats are created by different parties with different agendas, and the industry is not yet mature enough to have settled on a de facto standard. Similar to web browsers, some differences are driven by differences in philosophy and economics, others by functionality. Most codecs require royalties, especially for streaming. Ogg Theora is driven by the idealistic belief that video formats should be free and open-source, much like an open-source browser. (That’s not how it started, though; there’s a long history prior to it becoming open source). H.264, in contrast, has some broader applications (which is why you see it on mobile) but is royalty-based rather than open source; content distributors need to pay to use it. VP8 is being pushed by Google’s WebM project as an open-source format in the hopes that it will become the standard.

“Some believe that this is inevitable, given Google’s muscle. There are similarities between VP8 and H.264 that may make one or more patent showdowns inevitable, but those things can be worked through. And there are of course many more; QuickTime comes to mind as one you’ve inevitably seen, and you’ve seen others such as DIVX, AVI, and of course Windows Media and RealMedia. But in order to make the conversation most relevant, I’m focusing on formats that are under consideration as widespread HTML5 standards.”

Somers: “Codec is short for ‘coder – decoder.’ (Some will argue that it’s actually ‘compressor-decompressor,’ since compression is an essential element of video encoding.) When we talk about ‘encoding’ video, we’re really talking about compressing it and translating it into a digital form, which are bits and bytes. A codec–a standard for encoding–is used to do that. In order to view the video thus encoded, you need the same codec to decode it as was used to encode it. As an analogy, if you’ve encoded a document in German, a French dictionary won’t help you decode it. That’s why you have to have the right codec for any given piece of content.

“You’ll sometimes hear codec, container, and format used interchangeably. The difference is this:

Could you provide a brief overview of the history on online video, and the different formats that have evolved?

Somers: “In pre-YouTube days, online video was treated like any other piece of digital content, except that the size made it more difficult to share than most. If you wanted to send it, you likely used email or sneakernet (i.e., carrying a USB key or a disc to someone else’s computer). This was a huge pain for two reasons. First, video files are large and bandwidth was much more limited in those days. Second, the recipient had to be able to play the same format of video that they were given. That’s how I first learned what a codec was.

“In my early Dell days my team was passing around a Saturday Night Live skit on a CD. I lacked the proper codec to play it. I had to figure out what a codec was, download and install it. And while doing so, I asked myself ‘Why should I have to care about a codec, and why isn’t sharing video content easy?’ YouTube and other pioneers saw the opportunity to simplify that for people like me, and the online video industry was born.

“YouTube made it easy for anyone to upload video and anyone else to watch it, starting with a 17-second clip called ‘Me at the Zoo.’ Simplifying the process for users was a huge technical challenge at the time. By doing so, YouTube became the dominant location for video on the web. Other business models emerged. Some, like Vimeo and Viddler, were similar to YouTube in many ways. Others, like Hulu, looked for other ways to monetize the content. I think we’re still in the very early stages of figuring out what online video means for businesses. There are certainly opportunities to make money from online video by selling advertising, or by creating content that’s worth paying subscription fees for. And through my work at Invodo, I’ve come to believe that one of the most viable business models is using video as a lever to enhance the ecommerce experience. Video can give consumers a better shopping experience while helping merchants sell more.

“There’s no brief way to summarize all the different formats that have come, gone, and evolved. Wikipedia offers a timeline. But a few trends have emerged. First, ‘lossy’ compression is becoming less tolerated. (A ‘lossy’ format is one that assumes that it’s acceptable to lose some detail in order to achieve tighter compression). In its place we see high-definition formats emerging as consumers watch more video on larger screens. And YouTube has set the standard that the viewer should not have to care about formats, that the video should ‘just work’ without the user having to search for codecs or plug-ins. The dominant discussion now is whether HTML5 video will replace Flash video or serve as a complement to it. There are purists on both sides. I think the standard that YouTube has set will continue to be important in that users will not expect to have to care what type of video their platform supports. They will want it to ‘just work,’ and they will not tolerate a message that ‘sorry, Flash is not supported on this platform.’”

What are the most popular formats?

Somers: “For the web, especially for retail sites, Flash-based video continues to dominate. Like it or not, it’s an industry standard and there’s a lot of work to do to replace it. For iPhones and iPads, it’s H.264. Sometimes people oversimplify and say ‘mobile doesn’t support Flash.’ In fact, smart phones by HTC, LG, Motorola, and others do, in fact, support Flash. And there’s some subtleties, such as a Flash-based site such as YouTube plays back H.264-encoded content that you watch displayed via Flash on your PC.”

Google is now launching a video format, called WebM. What’s that about?

Somers: “If my above answers about Ogg Theora versus H.264 versus VP8 make the landscape sound more complicated, it is. Google, and others, would like to simplify matters with one dominant HTML5 video format. Google is pushing for that to be VP8. WebM isn’t technically a format, it’s a container–a project by which Google is open-sourcing the VP8 video format. It’s a very strong standard to bet on, and we at Invodo are excited about it.”

Will a single standard eventually prevail?

Somers: “I think that’s a reasonable assumption. With browsers, there are user preferences and security issues that make it useful for several competing standards. I don’t see that same need in video standards. There may be multiple formats around for a very long time, but unless a compelling reason emerges for different market segments to prefer different standards, we’ll likely settle on one standard. In that regard it’s more of a winner-take-all market. And I believe the market here is best served by simplicity rather than by the current level of complexity.”

What else do ecommerce merchants need to know about video formats and codecs?

Somers: “It will get simpler. It will not always be this complex. As you talk with providers or developers about your implementation plans, make sure they remain customer-focused. Ensure that your developers are well informed on these issues and focused more on the customer experience than on being the first to break new ground with any given format. Your videos should dazzle your customers and help them make buying decisions. No one makes a buying decision based on the video format. So think in terms of lowest common denominator and broad availability. Be patient as the industry matures and remember that there are a few broadly available standards now that can help you sell. There’s some uncertainty about which standards will eventually dominate, but there’s also plenty of flexibility. So that uncertainty shouldn’t get in the way of launching a video program.”