Big changes are coming to the U.S. Federal Communications Commission, and some may have ramifications for ecommerce merchants. With the appointment of Ajit Pai as the chairman of the F.C.C., President Trump has signaled that he is willing take a different path from President Obama, who appointed Pai to the Commission in 2012 to fill the traditional “Republication seat.” During his tenure, Pai, has been an advocate for less federal regulation of the Internet.

Chairman Pai has taken some initial steps to stop the implementation of or rescind Obama-era orders. The most well known, and perhaps controversial, of these changes is recession of the F.C.C.’s broadband privacy rules. While it remains to be seen whether opening the door to the collection of information from broadband users will benefit ecommerce merchants, it is worth understanding the issues at play, which may have a substantial effect on the ecommerce industry.

In February of 2015, the F.C.C., which is comprised of five commissioners, voted 3-2 to reclassify both fixed and mobile broadband as a telecommunications service. This reclassification allowed the F.C.C. to regulate broadband providers as “common carriers” under Title II of the Communications Act of 1934.

By classifying fixed and mobile broadband providers as common carriers, the F.C.C. was granted broad authority to regulate broadband providers in the same manner in which it regulates wired and wireless telephone service. The F.C.C. took this approach to enforce its net neutrality rules and to ban so-called paid “fast lanes” by which Internet service providers could provide higher or tiered broadband speeds to favored services. 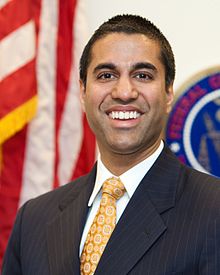 Subsequent to the classification of broadband providers as common carriers, on October 27, 2016, the F.C.C. issued a report and order titled “Protecting the Privacy of Customers of Broadband and Other Telecommunications Services.” Under the terms of this order, broadband providers were required to “take reasonable measures to protect customer [personal information] from unauthorized use, disclosure, or access.”

To comply with this F.C.C. requirement, broadband providers were to adopt security practices “appropriately calibrated to the nature and scope of its activities, the sensitivity of the underlying data, the size of the provider, and technical feasibility.”

On March 1, however, the F.C.C. issued a stay of the order after several large Internet service providers filed a request for reconsideration. In issuing its stay, the F.C.C. found that the Federal Trade Commission already regulated the same areas of consumer privacy as the proposed order and that, in the absence of a stay, consumers may be subjected to two differing privacy regimes, one under F.C.C. regulations and one under the F.T.C.

Further, the F.C.C. found that, if the telecommunications providers did succeed in challenging the order, they would incur “substantial and unnecessary compliance costs while the possibility of changes to the requirements still exist.”

The F.C.C., in issuing its stay, found that the large Internet service providers were likely to succeed in their request for reconsideration because the order should have “paralleled the FTC’s [privacy regulation] framework as closely as possible” to avoid “unique rules on ISPs that do not apply to all online actors that collect and use consumer data.”

Instead, the F.C.C. found, the order was broader than existing F.T.C. regulation and likely to be repealed and that the record contained “no evidence of harm to consumers” from the existing privacy regime.

This change signals that Chairman Pai is moving forward with plans to roll back the common carrier regulations that marked the Obama administration’s approach to telecommunications.

In issuing its stay, the F.C.C. recognized, and in some sense legitimized, the self-regulation of Internet service providers by noting that the ISP’s industry’s “ISP Privacy Principles” are “consistent with the F.T.C.’s long-standing [privacy] framework….” This indicates that the F.C.C. will move forward with plans to remove the common carrier designation and its associated net neutrality regulations.

What effect does this have on ecommerce merchants? Well, larger, high-bandwidth merchants could see higher data prices, which may increase server or voice over IP costs. At the time of writing of this article, the F.C.C. is scheduled to revisit its regulations on business data services, which may make it easier for Internet service providers to charge higher prices to heavy users of bandwidth.

Currently, business data service rates are controlled by price caps, which are designed to replicate the effects of a competitive market by setting a maximum price for services that is adjusted downward for efficiency gains. Under Chairman Pai, however, these caps are likely to be removed, which means that ISPs that sit in a monopoly position are likely to increase prices without the risk of external competition. These price increases are likely to be passed on to businesses.

While the F.C.C.’s stay of its prior privacy order is likely not the end of the world, as portrayed in the media, it does signal a substantial change in telecommunications policy. I will continue monitoring the F.C.C.’s actions to ensure that readers of Practical Ecommerce remain informed.