“Ask an Expert” is an occasional feature where we pose questions to ecommerce practitioners. For this installment, we’ve turned to Bill Sebald, a longtime search engine optimizer, managing partner of SEO agency Greenlane, and a Practical Ecommerce contributor. He addresses the effect of low-grade or spammy inbound links on organic search rankings.

Practical Ecommerce: Disavowing or requesting the removal of low-grade inbound links was once a common SEO practice. Is it still necessary?

Bill Sebald: This does not have a black and white answer. It is helpful to understand how Google uses links. 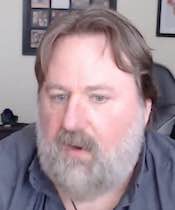 Google was the first search algorithm to view websites linking to each other as endorsements. That signal became the ingredient that Google used to rise above competing search engines. But it also created the link spam problem Google eventually had to deal with. What was originally a signal from a democratic web became an industry of participants who tried to manipulate Google with its own recipe.

In 2011, Google rolled out its first link penalty with the “Penguin” update. It was aimed at those who purchased links or acquired unnatural (irrelevant) links to earn rankings. Subsequent updates followed with the Penguin algorithm improving its detection abilities. Google even assigned humans to review and penalize sites.

Google also allowed penalized websites that had practiced unnatural link building to submit a reconsideration request after proving they attempted to have those links purged from the internet. Unfortunately, Google was never entirely transparent on its definition of an unnatural link, causing panic that remains in the SEO industry.

Today Google’s main algorithm includes Penguin. It’s built-in and, according to Google, always runs in real-time instead of occasionally, which was the earlier practice. For years Google’s web-spam team has written algorithms to identify characteristics of link spam. Website owners helped by submitting hundreds of thousands of disavow forms. Thus Google’s ability in 2021 to automatically detect unnatural links is presumably effective.

Google states that it now devalues all the unnatural and low-grade links that it identifies. But it doesn’t say what it has or has not devalued. That’s why I strongly advise caution when hiring a link builder. The key is to produce content that folks want to link to naturally — definitely not for money.

So I would not worry about spammy links if I’ve never engaged in aggressive or paid link-building schemes. But if the volume of spammy links is so high that Google could conclude you’re trying to game the algorithm, the disavow process is painless enough.