Data, technology, and people are at hand to make artificial intelligence and machine learning available to all commerce companies.

To be certain, artificial intelligence and its sub-field, machine learning, have gone through cycles of inflated expectations followed by disappointments. These cycles, which some call “AI winters,” date back decades.

For example, in the 1950s and 1960s, the United States government funded research for the machine translation of languages. The hope was that Russian-language documents could be instantly translated to English. But by 1966, a report from the Automatic Language Processing Advisory Committee, a government team of seven scientists, essentially killed machine translation research in the U.S. for about a decade.

“Computer researchers tell about an early computerized language translation system that was tested by having it translate sentences from English into Russian and then back into English,” wrote Andrew Pollack, in a New York Times article, “Technology; The Computer as Translator,” from April 1983.

“In went the statement ‘The spirit is willing, but the flesh is weak.’ Out came the result: ‘The vodka is good, but the meat is rotten.’ Similarly, the phrase ‘out of sight, out of mind’ became ‘invisible, insane.'”

Depending on the problem one is trying to solve with artificial intelligence and machine learning, early researchers would have likely run into problems with the collection and organization of data, the computational capacity to process that data (i.e., the technology), and the availability of individuals to solve the problems.

At various times and in different ways this combination of challenges — data, technology, people — impacted how AI-ML was employed.

The situation is now different. Many businesses, including most large companies, are using AI-ML to solve problems as diverse as calibrating high-precision manufacturing or managing a massive robotic fulfillment warehouse (ask Amazon).

AI-ML has solved many language-related problems. For example, Google’s Word2vec algorithm can learn word associations and prevent misunderstandings such as ”The vodka is good, but the meat is rotten.”

Google and other search engines use this concept when they seek to understand the entities involved in a search query.

Data. Today, the collection, storage, and sharing of data are not much of a problem. Practitioners using legacy systems might experience difficulties in getting data from those old systems to a modern database. But overall is not a significant challenge.

Technology. The amount of computing power necessary to run AI or ML models was once prohibitive. Imagine trying to do machine learning translation in 1966 versus 2021. 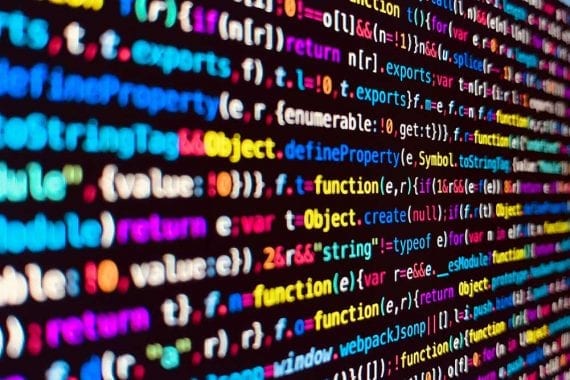 I spoke recently with Jeff DeVerter, chief technology officer at Rackspace Technology, the hosting and services provider. He stated that researchers in the early years of AI development had the “vision for it, but not the capability.”

Contrast that from the situation now, when “anybody with a decent computer, graphics card, and GPU [graphics processing unit] that can offload some of the processing can not only operate ML models but have those models learn,” said DeVerter.

A single computer isn’t ideal for applying machine learning to, say, a manufacturing operation or to streamline inventory. But the fact that machine learning is doable in the manner DeVerter describes indicates that technology is no longer a barrier.

People. Historically, AI-ML required specialized data scientists who were in limited supply. Even when the technology had the capacity for meaningful AI-ML, there were not enough experts to go mainstream. But in circa 2021 this is not the case.

“First of all, anybody who has graduated high school and taken good high school math has the ability to spend six months or a year with courses [from Jeremy Howard of Fast.ai] and become a machine-learning and data-science practitioner,” said DeVerter.

“There are lots of really smart data scientists, and there are AI models that are helping deal with some of the science behind the scenes. You don’t need a data scientist on every project or certainly not a team of data scientists,” DeVerter continued.

People are no longer the barrier to AI-ML.

Even small commerce companies today are using AI-ML. It is baked into many or most software-as-a-service platforms. AI-ML is also present in Google and the Facebook ad platform, as examples.

The next step is for small and midsize commerce companies to use AI-ML to solve problems specific to their situation.

“AI-ML is 100-percent accessible to the smallest of companies,” DeVerter said.