Anyone can now see what ads are being run by a Facebook page and what tweets are being promoted by a Twitter account. This is hugely helpful competitive intelligence for businesses.

So why is all this information being released?

Two related events pushed these platforms toward more transparency in their advertising programs.

The first was the Russian meddling during the 2016 U.S. presidential election. The U.S. government and Facebook and Twitter have investigated how Russian-linked accounts used the advertising options to promote content that may have influenced the election.

Twitter released a statement last year that it sold over $270,000 of advertisements to accounts that were linked to Russia. The Twitter accounts were tied to Russia Today — the government-funded television network — and promoted 1,800 tweets targeted mainly to the United States.

Facebook determined that approximately $100,000 was spent on its platform for roughly 3,000 ads to promote divisive social issues during the election cycle.

The second event was when analytics firm Cambridge Analytica acquired user data from a third-party who obtained it from Facebook.

While the efforts at advertising transparency help prevent abuse, it also gives competitors a huge amount of information. For example, consider the hyper-competitive online mattress industry. Companies such as Purple, Tuft and Needle, and Casper are spending huge amounts on online advertising. Now they can each see what the others are doing on Facebook and Twitter without spying. 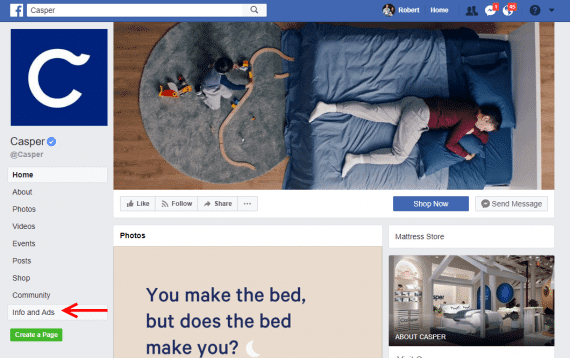 Click on the lower left navigation “Info and Ads.”

Notice two things besides the ads themselves. On the right side is information that tells us when the page was created and what changes have been made to it. With Casper, the mattress retailer, we see the following changes. 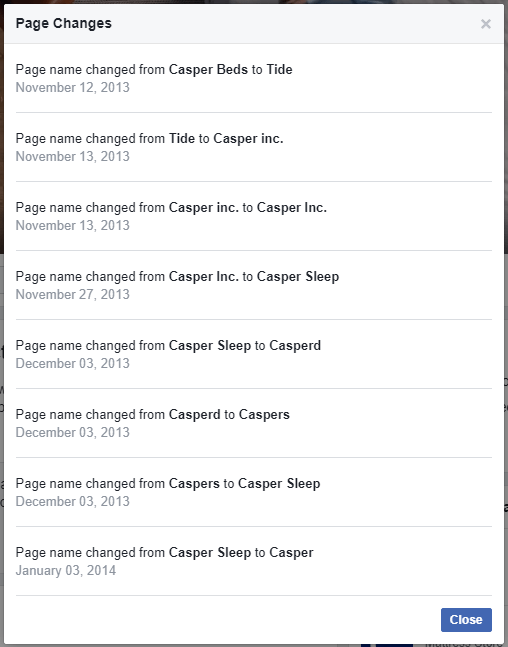 Facebook discloses when a page was created and the changes made to it.

This is interesting. For a brief period in 2013 the page was named Tide. Another time in 2013 someone misspelled the name as Casperd. This will help people know if a page was initially built under one name and then the name was changed to leverage the credibility of a large following for different purposes.

Also, there is a drop-down box for country. The only choices I’ve come across, however, are the United States and Canada.

But there is no reason to stop your competitive snooping at Facebook. Are your competitors also promoting tweets on Twitter?

Twitter recently launched the “Ads Transparency Center.” When you visit this page you have a search box in the upper right where you can look for advertisers and see “all ads that are currently running on Twitter, including Promoted-only Tweets, or if an ad was suspended and why.” If the campaign is for federal elections, you can see the targeting.

Start by searching for a company. In this example, we’ll search for another mattress company, Tuft & Needle. 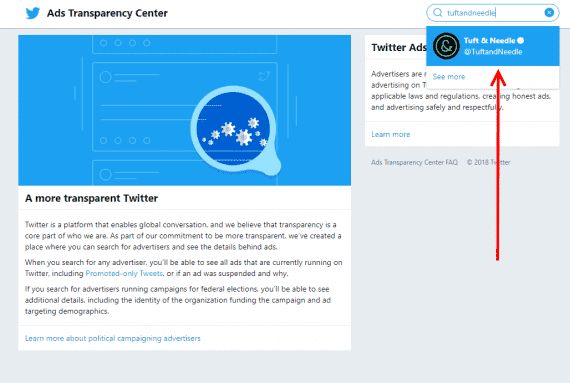 Search for the page you’re looking for in the Twitter Ads Transparency Center.

This takes you to a page where you can see the profile information of the Twitter account as well as all tweets that have been promoted in the last seven days. 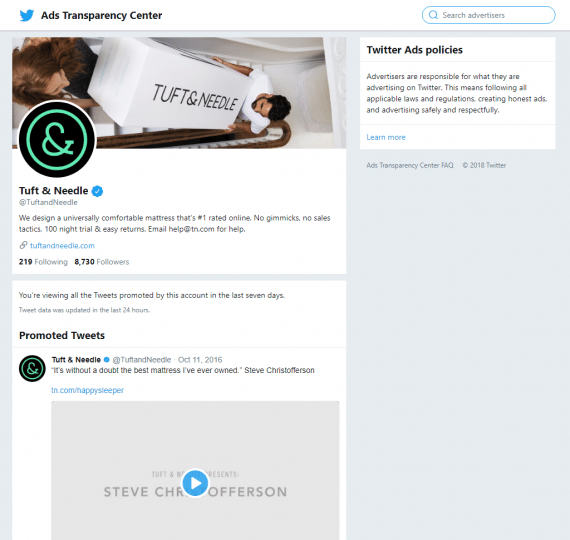 You will be brought to a page that shows all promoted tweets over the last seven days.

Perhaps the most interesting observation in this example is that Tuft & Needle is promoting a tweet that is over 18 months old. In fact, all the tweets it is currently promoting are from 2016. I have no idea why.

What Can You Learn?

As with all competitor research, how you act will depend on your situation. Let’s continue with the mattress industry. Looking at Casper and Tuft & Needle, we see some pretty typical ads. However, if we look at Purple, we see that it is running ads that have a 4th of July theme.

We can see Purple’s mobile and desktop versions. We see the offer for the 4th of July. That would allow a competitor to respond to the promotion. An advertiser could also imitate Purple’s ideas and test them against its own ads. 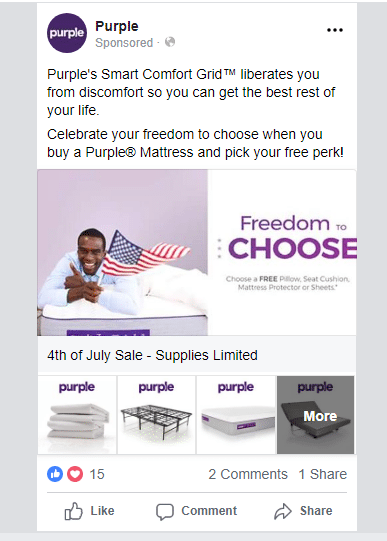 A 4th of July themed Facebook ad run by Purple. 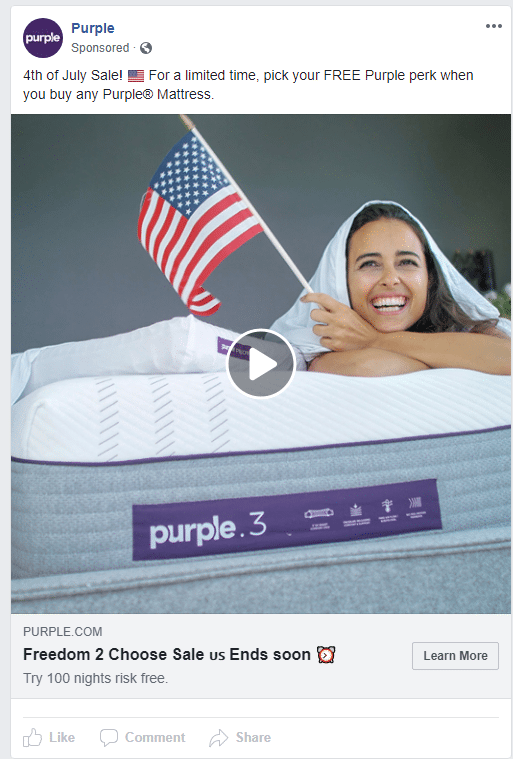 A 4th of July themed Twitter ad run by Purple.