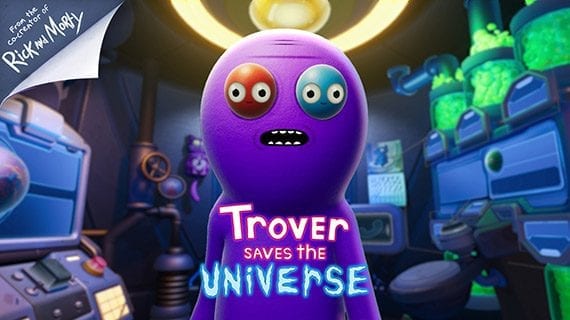 Many video games, such as “Trover Saves the Universe,” are sold well ahead of their release dates.

Pre-orders have dual advantages for product makers such as Squanch Games and for retailers selling online or in a brick-and-mortar store.

First, pre-orders can be a good indicator of demand. When “Trover Saves the Universe” was announced on March 26, 2019, it was a hit. The number and velocity of pre-orders could have impacted how many copies of the game were made.

If it seemed like the game would sell out even before it arrived, the company could start a second production run.

Similarly, in December 2018, Tom Fischer, the founder of Fiber Sports, wanted to know if his company’s product, HOPLite Skate Armor, which protects against foot injuries in hockey, actually had a market. So he opened the product for pre-orders while it was still in the prototype phase. Skate Armor received a positive review on YouTube, and a significant number of pre-orders were placed. Fischer is now using the data collected during the pre-orders to encourage investors. 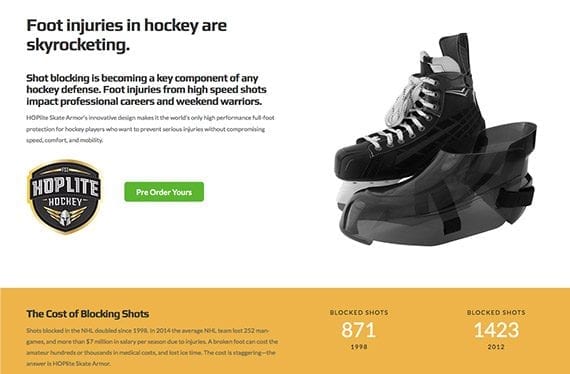 Fiber Sports accepted pre-orders for HOPLite Skate Armor in the prototype phase so that the company could gauge demand.

Second, pre-orders can also generate cash ahead of a product’s release.

Imagine a U.S.-based, direct-to-consumer brand selling bicycles. Nearly all of the bicycles in the world are manufactured in Asia, so this business needs to design, order, and ship its products months in advance. What’s more, the company could be spending $100,000 or more to have bikes made.

Rather than waiting until the bikes are in its U.S. warehouse to start earning a return on its investment, the company could begin selling pre-orders as soon as a shipping container leaves port in Taiwan.

Whether a business is selling its own branded product — such as HOPLite Skate Armor or a bicycle — or retailing a video game like “Trover Saves the Universe,” it can use pre-orders to start making sales long before the product is in inventory, and perhaps before the business needs to pay its suppliers.

Rather, the business will need to put at least as much effort into marketing and promoting pre-orders as it does into selling products in inventory. Let’s consider three possible scenarios.

1. Another item on the shelf. For some online retailers, a pre-order is simply another item on the virtual shelf. Returning to “Trover Saves the Universe,” GameStop, Newegg, and Walmart likely marketed it in the same manner as other video game releases.

They have a marketing recipe that may include on-site merchandising, pay-per-click advertising, and email marketing.

Your ecommerce business could do this, too. To sell pre-orders, you can follow the same marketing patterns your company would use for an in stock item.

2. Branded products with public relations. Sometimes the best way to market a product for pre-order is with a public relations campaign. Squanch Games, for example, created a press kit. The kit included a press release describing the game, screen captures from the game, video, and even several versions of a game trailer with and without foul language. 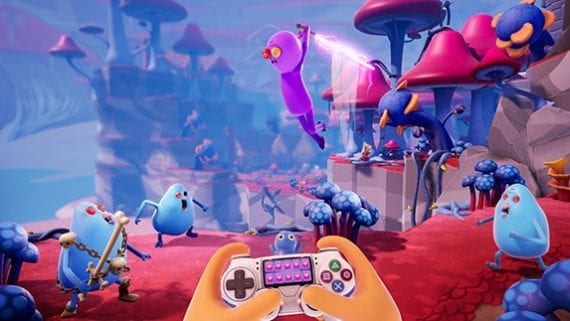 This is an example of the screen captures included in the “Trover Saves the Universe” press kit. Your company’s press kit might include several product images.

An ecommerce business selling its own branded products as pre-orders could do the same. Again the items to include in a press kit could be:

Once created, the press release should be distributed.

Finally, send prototypes or advance copies of a product to paid reviewers.

3. Branded products without public relations. Unfortunately, public relations won’t work for every pre-order campaign. In these cases, an ecommerce business can use advertising, email, and content marketing to familiarize its customers with the product and the reasons it is worthy of a pre-order.

Ecommerce pre-orders require more customer communication than does the sale of an in-stock item.

Consider again the example of a direct-to-consumer bicycle brand. If this company started to sell pre-orders once a shipment of bikes was in a container leaving port in Taiwan, it might be 30 days or more before those bicycles can be fulfilled.

That is a long time to wait for a product that costs hundreds or even thousands of dollars. The business could communicate with customers, to reassure.

Next, imagine an author selling pre-orders of his own book. This author might sell the pre-orders on his ecommerce site or on Amazon. Here again is a list of possible customer communications.

In short, when you develop a pre-order campaign, plan customer communications. If possible, use email automation.

Pre-orders create fulfillment spikes. Imagine that you are Tom Fischer from Fiber Sports. You have been taking pre-orders for your HOPLite Skate Armor, and now a tractor-trailer is backing up to your warehouse with 10,000 units, all of which need to be processed and shipped.

The surge in shipments could cripple fulfillment operations for smaller ecommerce businesses. You need to plan.

As pre-orders start to roll in, estimate how many hours it will take your warehouse staff to fulfill those orders. It may require overtime. Or you may decide to bring in temporary help.

You might even look for shipping alternatives. Should your company, as an example, divert some or all of these pre-orders to a third-party fulfillment business?

The final step to a pre-order campaign is to transition the product from pre-order to in-stock.

This may entail asking customers for reviews, modifying your marketing campaign, and ending pre-order email automation. You may need to update your ecommerce site, and, based on early sales, place a follow-up order.