In “10 Web Design Trends for 2012,” I listed large illustrations as a growing trend in web design. Website illustrations can add personality to even the smallest sites and invite visitors to stay awhile and explore. Here are 18 websites with compelling illustrations. 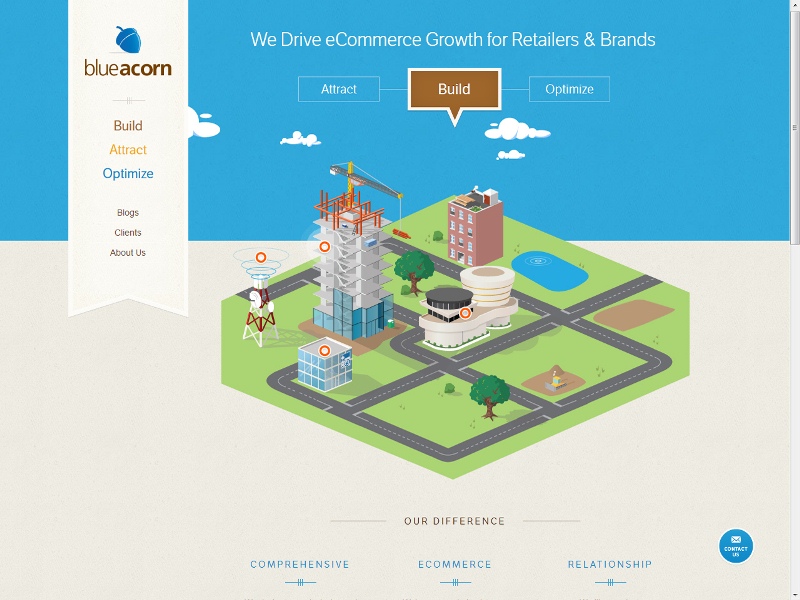 Many music festival websites use illustrations. The Sasquatch Music Festival has been doing this for years, including its signature Sasquatch mascot in the 2012 site footer and other promotional materials. 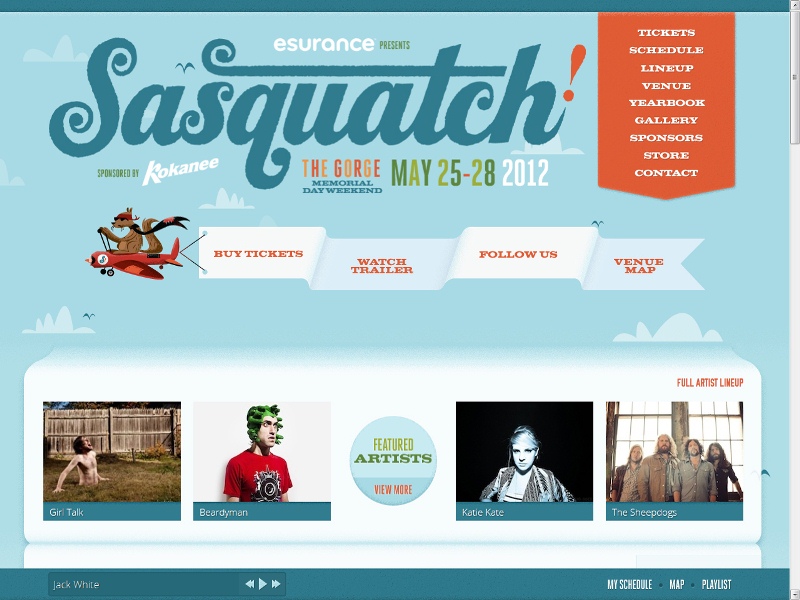 Black Moon’s site has a fantastic pixel-art background illustration that fits perfectly with its game design. The background also interacts with mouse movements, making the whole site feel even more like a video game. 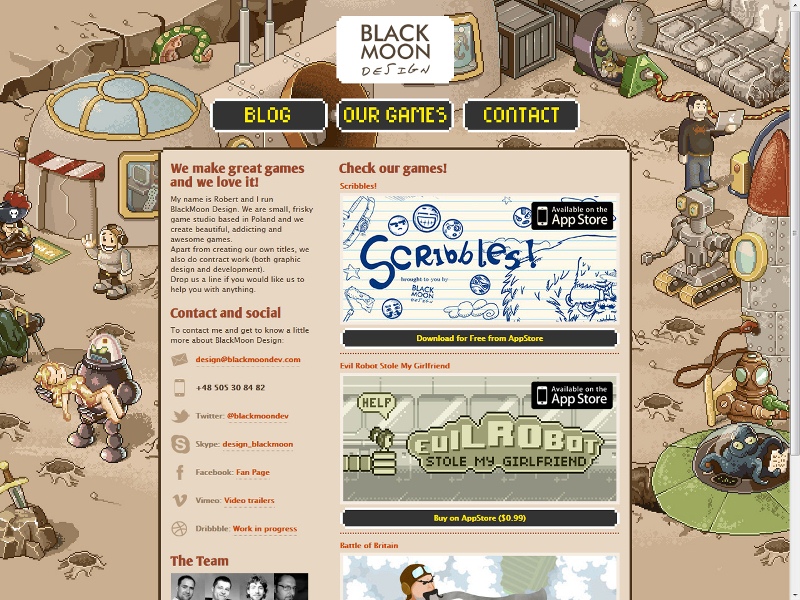 inTacto developed a stunning site with a space-themed illustration to document its last eleven years as an interactive agency. The site also uses parallax scrolling to create an even deeper digital experience. 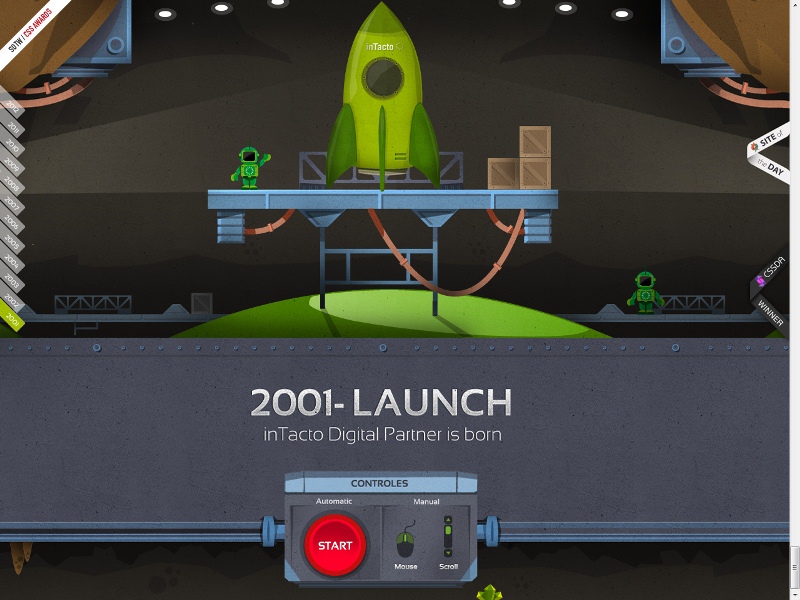 The Octonauts is a British children’s show and book series with an adorable illustrated website. The site background features character illustrations and the site header is a rotating animated illustration. 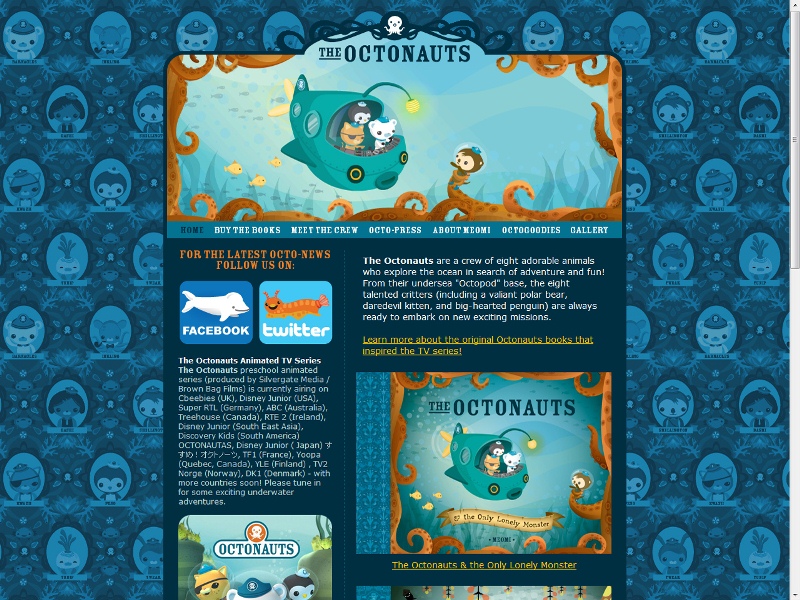 Mozilla’s simple Thunderbird web page is brought to life by a giant illustration of a cat postal worker. 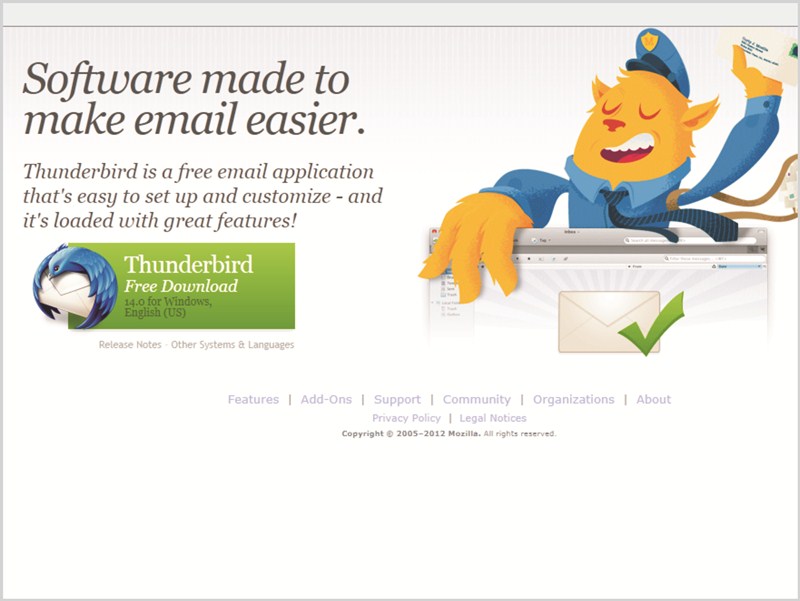 This online portfolio and blog of illustrator and designer Nick La features rich illustrations. Nick La is a talented designer who often incorporates illustrations into his web projects. 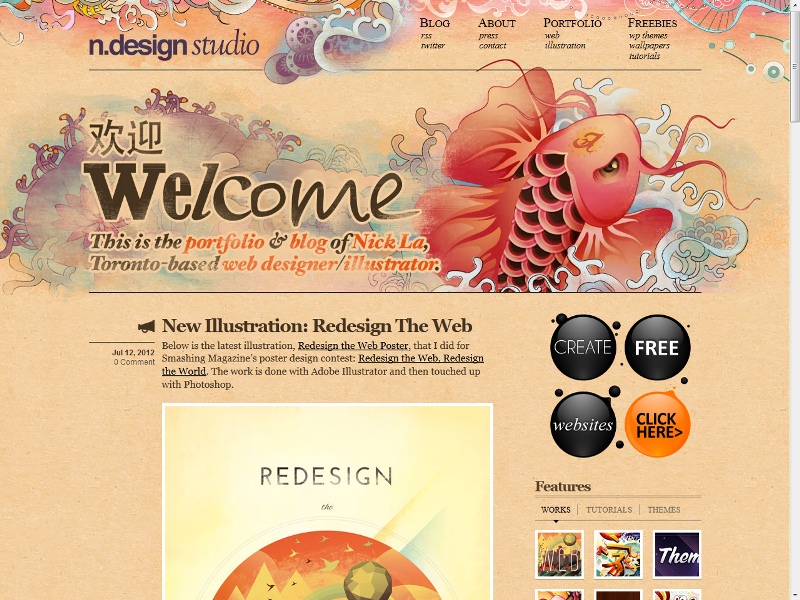 The folks at Polecat use a road illustration at the top of the home page to explain the company’s development process. The rest of the site also features impressive illustrations, including caricature illustrations depicting the members of the Polecat team. 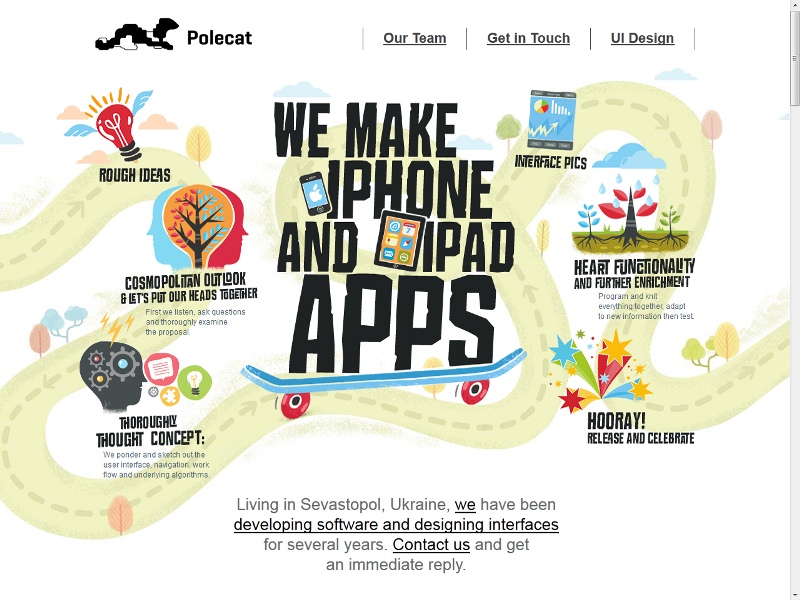 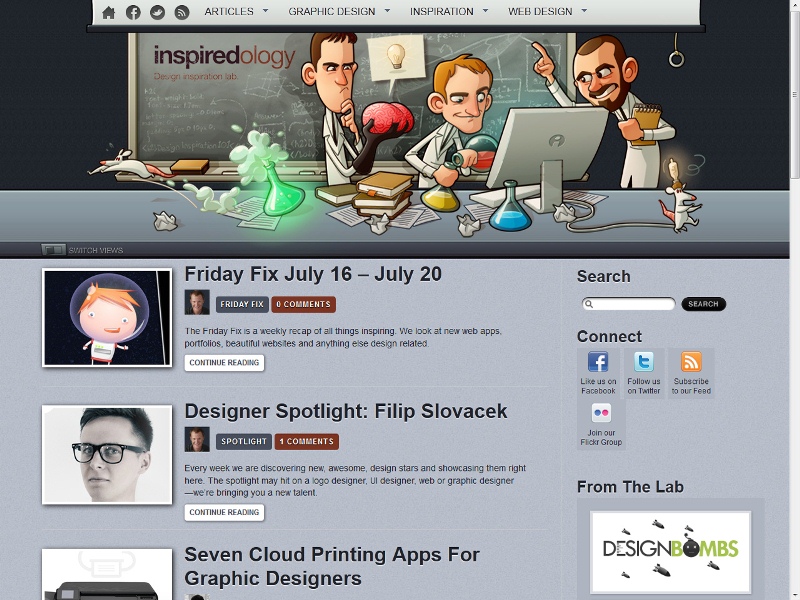 Thunderbird isn’t the only email-related product with a giant mammal mascot. MailChimp’s Monkey Mailman illustration adds big personality to the site and even gives users helpful or humorous tips from the MailChimp dashboard. 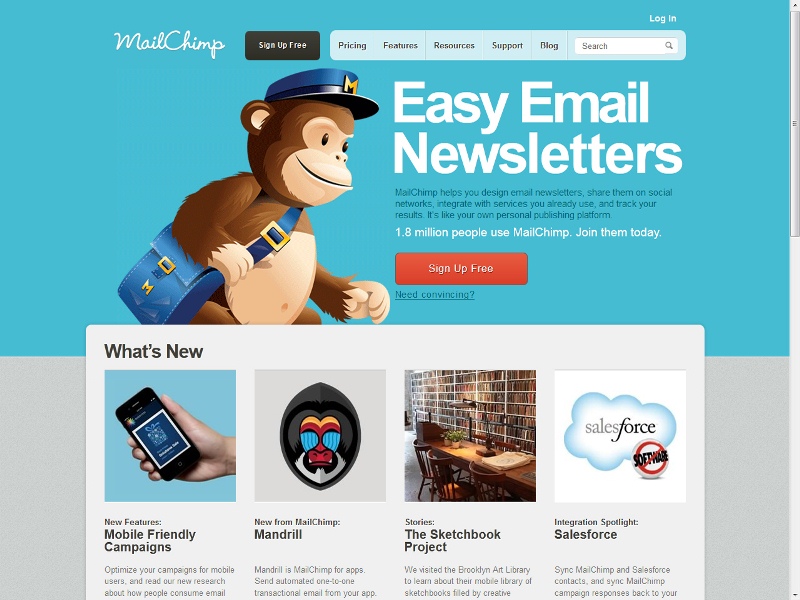 Bonnaroo is another music festival with a great illustrated site. The Bonnaroo site also uses parallax scrolling to make its illustrations come alive. 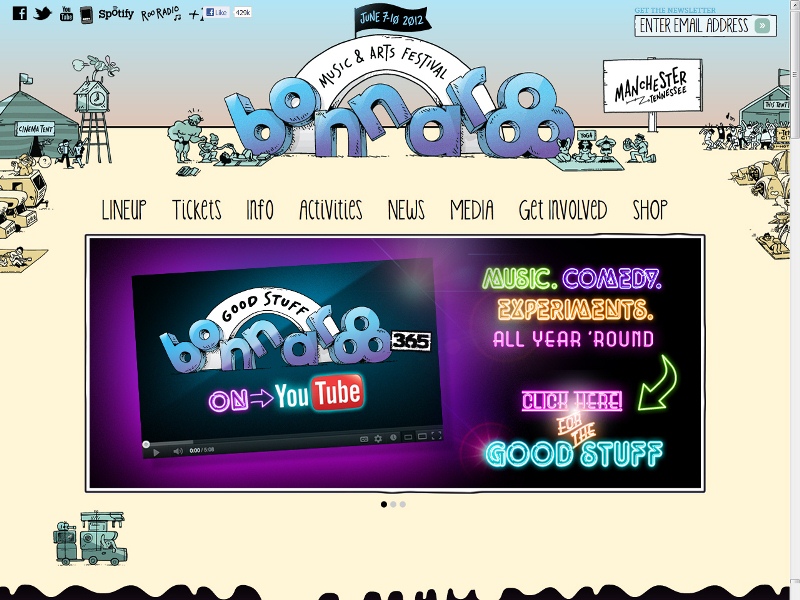 The Old Loft site uses a cast of colorful illustrated animals throughout, to add a little extra personality to the site. 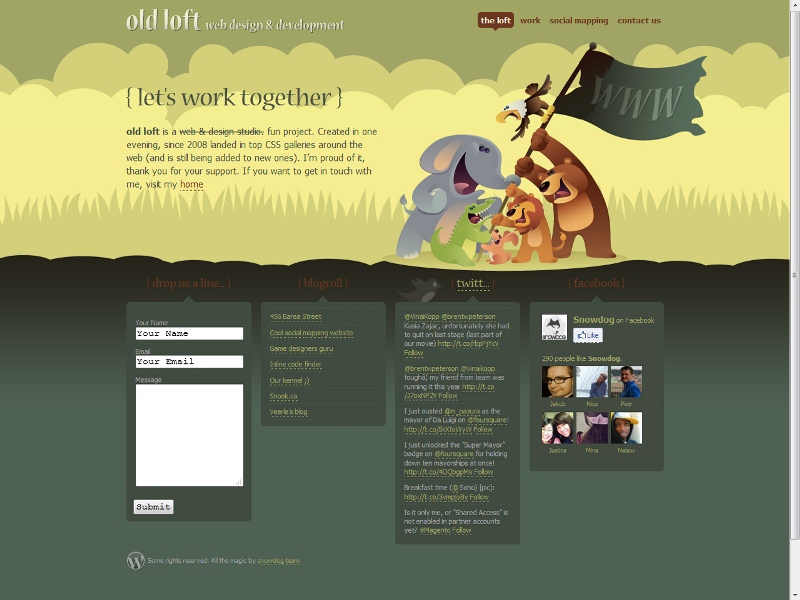 The Castri Creativa site pops with a bright header illustration, colorful typography, and an idyllic landscape illustration in the footer. 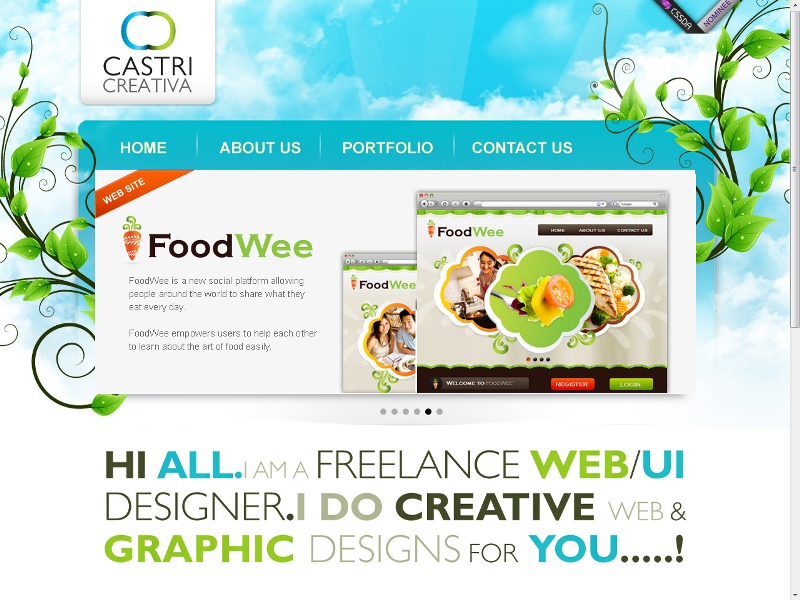 The entire Adventure World web site is an animated illustration depicting many of the amusement park’s attractions. More information is illustrated up in space above the “Adventure World.” 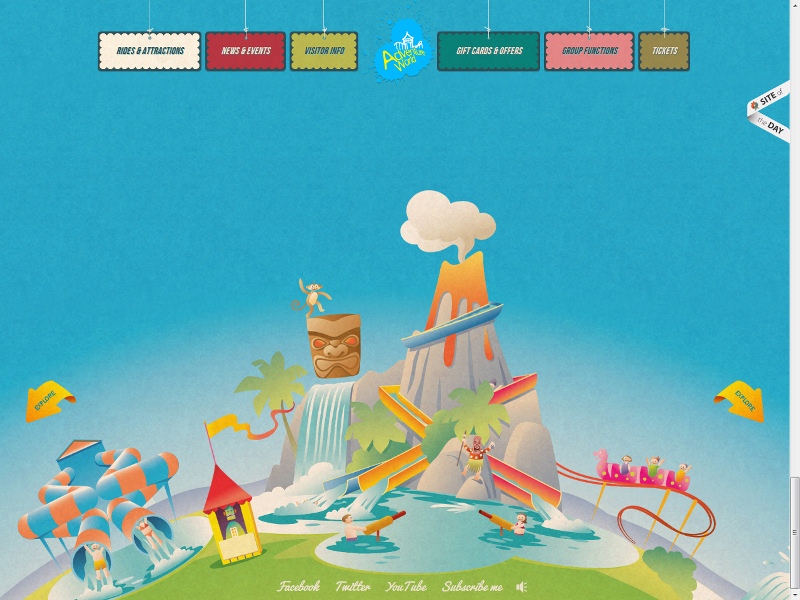 The Veboo Labs header illustration features busy workers, one of who is exclaiming, “We’re so busy building websites for others that we just can’t get ours up and running.” 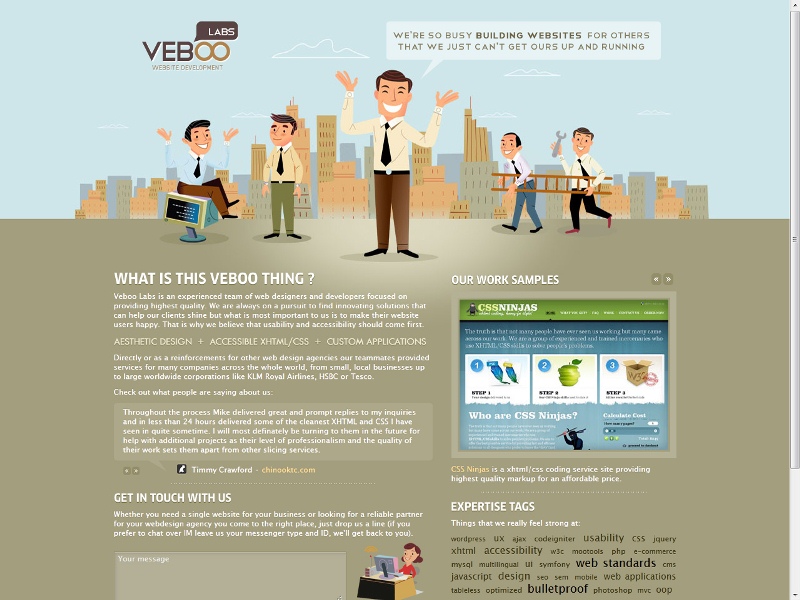 Much like the Sasquatch Festival and Bonnaroo Festival, the Seattle-based Bumbershoot music festival uses a four-color illustration throughout its site and with its other promotional material. 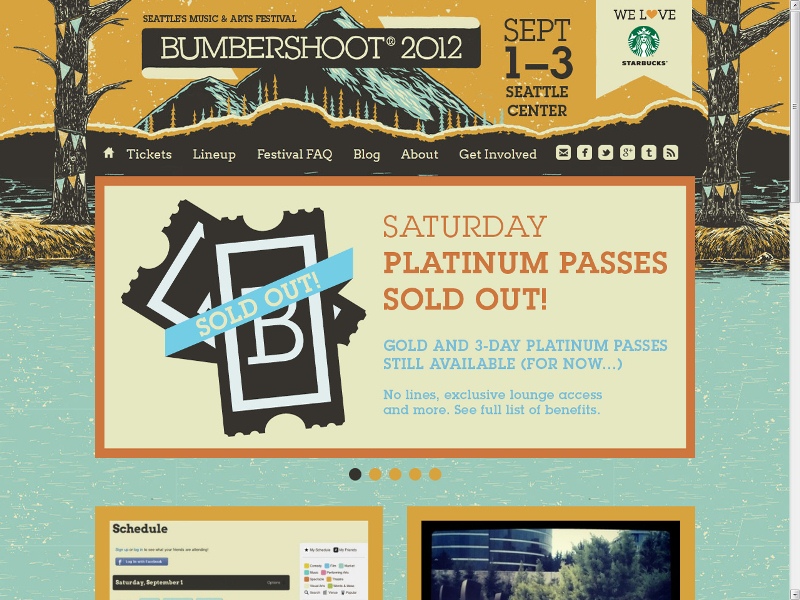 Pally Giraffe is the online store of Shinzi Katoh, a Japan-based artist with his own gallery, shop, and museum who has illustrated several children and adult books. Fittingly, the Pally Giraffe site features beautiful illustrations that look as if they were lifted directly from the pages of a children’s book. 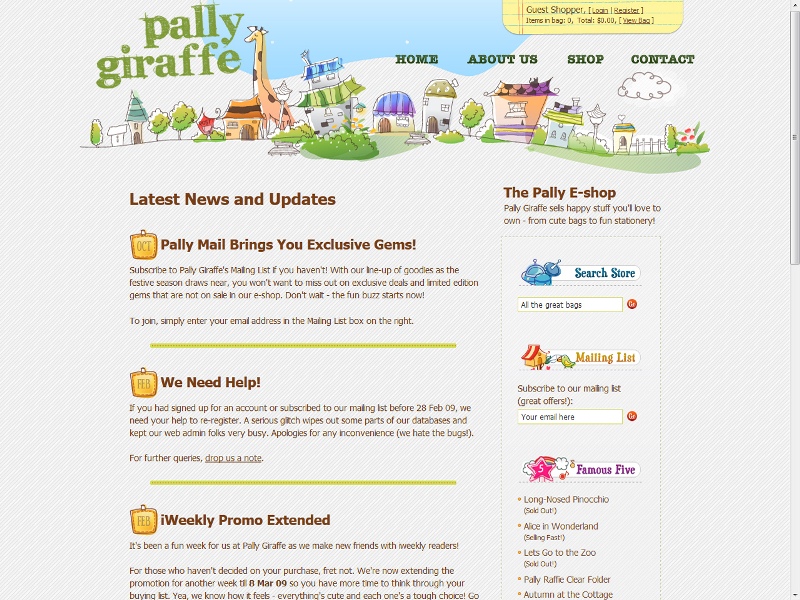 Created as a web typography experiment, the Lost World’s Fair Atlantis page is one giant scrolling illustration featuring fun “facts” about the mythical city of Atlantis. 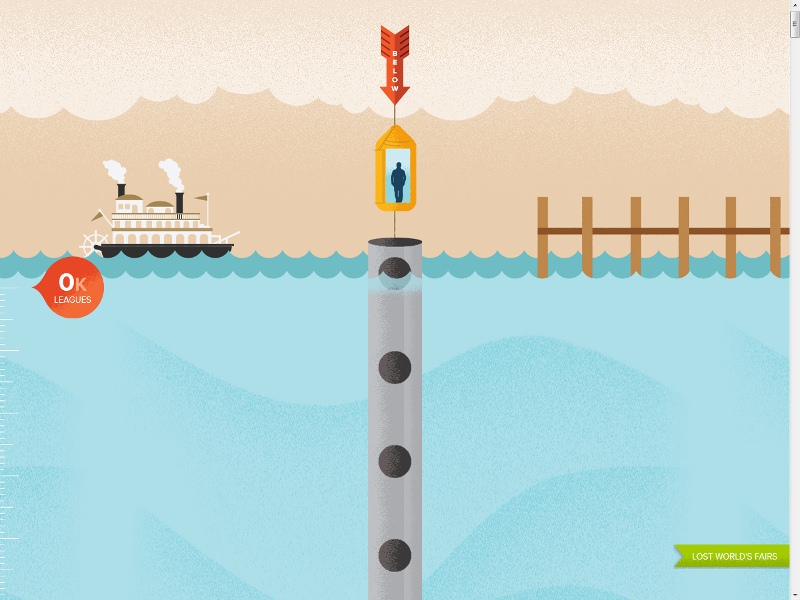