3 Examples of Marketing on the Fringe

Unrestrained marketers with blockbuster budgets can come up with some pretty amazing ways to promote products and services. These ideas can inspire small and mid-sized online retailers to market on the fringe.

Entertainment marketing is a sub-genre of content marketing that is aimed at engaging potential customers not just with products or services, but also with video, copy, and graphics that delight and engage.

Although entertainment marketing should be considered supplemental to things like social media, pay-per-click advertising, or even well-written product descriptions, it can be something that separates a seller from the competitive crowd.

Here are three examples of entertainment marketing that is at the fringe of modern promotion.

Zombies — which have long been popular with horror film fans — are trending nowadays thanks to television series like AMC’s The Walking Dead and several movies over the past few years, including Zombieland.

With the undead in mind, Lenexa, Kansas’ Westlake Ace Hardware launched a Zombie Preparedness Center on its website in late 2011, offering products specifically aimed at surviving a zombie apocalypse — or in the case of its undead shoppers surviving some overzealous live customers. 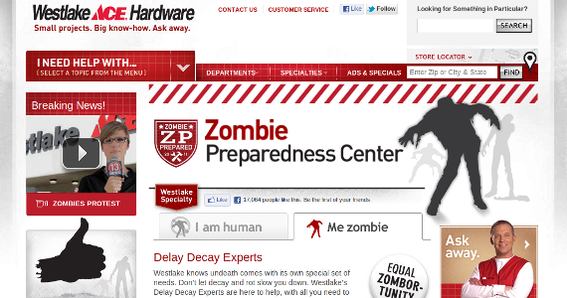 The company even produced a series of Zombie-related videos that were promoted on its site and in social media. The videos garnered thousands of views.

Oregon-based filmmaker Luke Neumman and his production team are teaming up with Coastal Farm & Ranch for a series of videos that will feature DC Comics’ Batman.

According to published reports, there will be a total of six Batman spoofs, featuring the Dark Knight working as a clerk in Coastal’s Albany, Oregon store.

It seems that with crime almost wiped out in Gotham City, Batman needs a new line of work, and there may be nothing like the honest appeal of a farm store to help Batman settle down.

So-called viral marketing campaigns that aim to have consumers hunting for clues at conventions and across the web have become popular in the movie industry, including a recent campaign for the science fiction film Prometheus.

The Prometheus film’s makers teamed up with idea-sharing non-profit Technology, Entertainment, Design (TED) to produce a TED Talk featuring Peter Weyland, one of the characters in the movie. 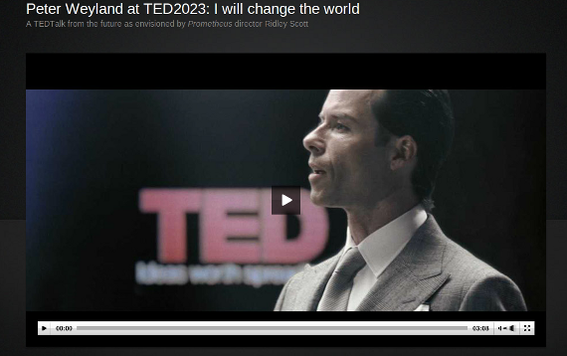 The campaign has generated dozens of articles and more than 130,000 video views at the time of writing.

Zombies, Batman, and science fiction movies may seem a bit far removed from the average online merchant’s marketing campaign, but these ideas can inspire entertainment marketing at any level.

For example, special sections like Westlake’s Zombie Preparedness Center can be added to nearly any site. Perhaps, it is a Santa’s helper section with videos showing an elf shopping for Santa while Saint Nick recovers from a cold.

While your business may not want to license the Batman name, web video has become very inexpensive to produce. Here is an example of one that I helped shoot.

Finally, even something like the Prometheus campaign, with its strictly promotional Weyland Industries website, can inspire. For example, imagine an online toy store that used its product descriptions to tell a fairy tale. The site could set up one or more websites to help promote the story, potentially having site visitors scouring product pages for hints or clues related to the tale.