Shipping costs are a primary reason for cart abandonment. But cost is not the only shipping issue that can harm your business. What happens after a customer makes a purchase is key to securing that customer’s return patronage. Fortunately, you can learn from many other etailers’ mistakes from this holiday season.

Here are my top three shipping mistakes to avoid.

1. Failure to track down shipments. I belong to several professional online groups. One of the main questions this month were in regard to who is supposed to take responsibility when shipments are delayed or lost — the merchant or the customer?

This typically falls under one of two scenarios.

While it’s true that a merchant has no control over what happens to a package once it’s picked up by the carrier, there are steps that can lead to a happier customer. They include the following.

In the tracking report below, it appears that either the customer or the merchant sent the wrong address to UPS. After investigation, it was found that the label was torn during transit and the person who relabeled the package entered a typo on the street number.

Five days later, when it was on the truck for delivery, the driver reported that the street number was incorrect. The problem actually fell with UPS. Unfortunately, with this shipment, the merchant refused to get involved and by the time the customer was able to reach the right carrier agent, the package was already being returned to the originating address. 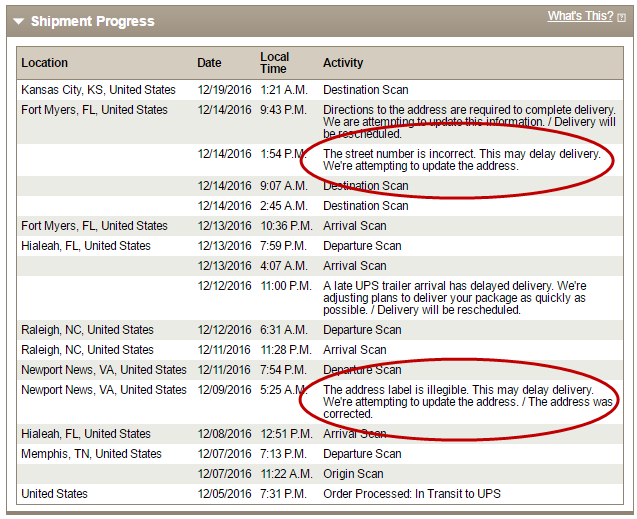 Take time to find out exactly what happened. Not all tracking reports convey what actually happened.

For some online stores, self-insuring via a policy that replaces or refunds customers when packages are lost, delayed, or damaged makes  sense. When you consider the costs of insurance itself, and the time spent processing insurance claims, it can be a cheaper route. 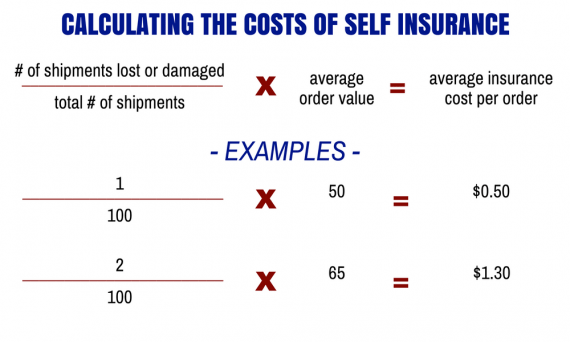 A simple calculation tells you the average cost of self insurance per order.

Another option is to bypass the use of additional insurance with carriers and use a third-party service that covers every package. These services often cost pennies on the dollar compared to insurance costs of UPS, FedEx, and USPS — and provide a hassle-free claim process.

Keep one key thing in mind: It’s the merchant that contracts with the carrier. This means any claims for reimbursement for lost shipments is filed by that merchant, not the customer. With that, it makes sense to do what most customers say should be the norm: help locate delayed and lost packages and be proactive about the process.

Avoid trying to lecture customers on how the carriers work. Customers already know it’s out of your hands until it reaches the destination. And they really don’t care. They just want what they paid for.