No, Your Small Business Cannot Compete with Amazon

Amazon, Walmart, Target, Costco, and other large retailers have competitive advantages over small ecommerce or brick-and-click businesses, making it difficult to compete on identical products. But this does not mean that small businesses cannot be profitable and successful.

Competing with ecommerce behemoths like Amazon is a popular topic in the retail community. Practical Ecommerce receives countless press releases and pitch emails describing how a new platform, new tool, or new technique will allow small ecommerce businesses to compete with Amazon and the like.

Some of the pitch letters we receive imagine that Amazon, Walmart, and similar companies are small business killers, crushing mom-and-pop shops with extra low prices and superior logistics. They imply that these companies have unfairly usurped retail and the only way to attack and slay these monsters is to use the solution the letter is promoting.

In truth, many, if not most, small retail businesses online or off don’t really need to compete with Amazon or Walmart. They probably should not even try.

Large Retailers Have a Competitive Advantage

If your small-or-medium sized ecommerce business is selling a product identical to one that Amazon carries, Amazon likely has several competitive advantages over your business. This is especially true if you are “selling” in the traditional retail sense.

Because Amazon is both a retailer and a marketplace, you can buy items there directly from Amazon or from a third-party retailer, and, thus, see examples of these competitive advantages. 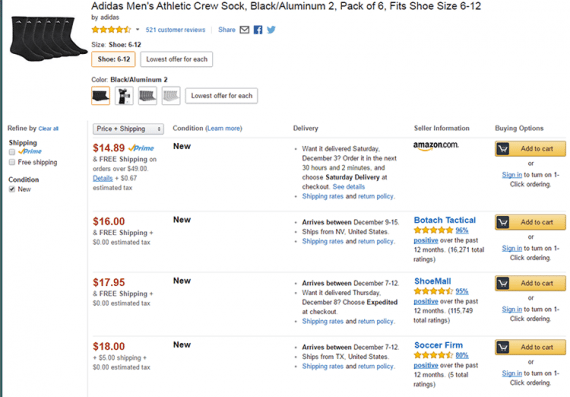 If you are selling an identical product and competing in a traditional retail sense, Amazon has significant competitive advantage.

Amazon offered the lowest price for the socks at $14.89. The highest price was $18. While these retail prices do not tell us what Amazon or any of these merchants pay (wholesale) for these socks, Amazon presumably believes that it can meet its sales and profit goals selling this package of socks for much less than its smaller competitors. This ability to offer a lower price is a competitive advantage.

Amazon has a much larger and more developed fulfillment infrastructure. The company is built to rapidly pack and ship orders. There are few occasions when a small retailer will be able to ship more efficiently and inexpensively than Amazon.

Given these advantages, it can be very difficult to compete with Amazon, Walmart, and other large retailers on identical products.

Rather than trying to sell directly against Amazon, small-and-mid-sized retailers may want to either sell different products not typically found on Amazon and similar sites or sell products that are, in a sense, protected with manufacturer approved pricing — MAP.

For example, if you wanted to purchase Topman White Cactus Badge Tube Socks, you would need to buy them from Topman. You cannot find them on the Amazon site or on the Walmart site. Thus, Topman does not have to compete with Amazon directly. 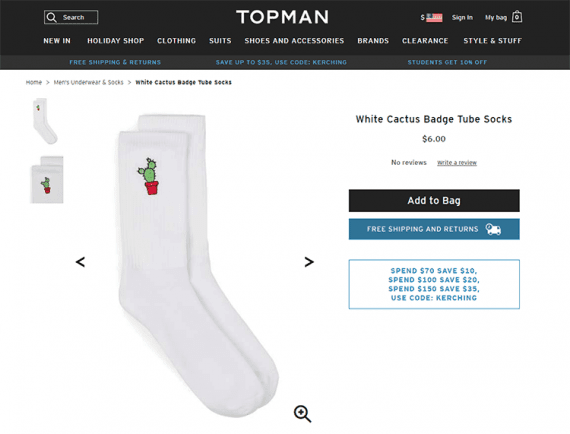 Topman sells socks that Amazon does not. While the two companies do compete in the sense that both sell socks, Topman has a way to differentiate and thus does not experience the full weight of Amazon’s competitive advantages.

Similarly, an online store that sells custom t-shirts does not have to compete directly with Amazon or Walmart. While all three — the t-shirt retailer, Amazon, and Walmart — will compete in the sense that all sell t-shirts, they do not compete for a particular shirt. For example, the Double X Colorful Offset Men’s T-shirt shown in the picture below is not available from Walmart.

While many online retailers sell t-shirts, no other retailer sells this particular design.

Sell Products in a Different Way

You can also sell products differently than Amazon or Walmart.

BarkBox is a subscription service offering a monthly selection of curated dogs treats and toys. Each month, BarkBox customers receive a themed collection of items for their beloved pet. 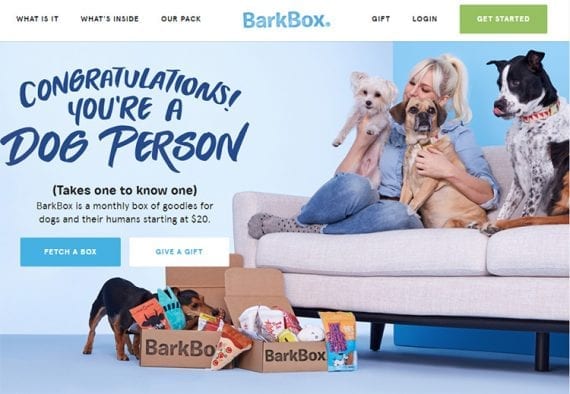 BarkBox sells some of the same products that other stores like Amazon or Walmart do, but it sells those products in a different manner.

In a given month, there will be between four and six items in the BarkBox. Some of these items will be unique to BarkBox. But many are items you can buy from large retailers like Amazon. For example, recent BarkBox shipments have included Sojos brand dog treats, which one can buy from Amazon. 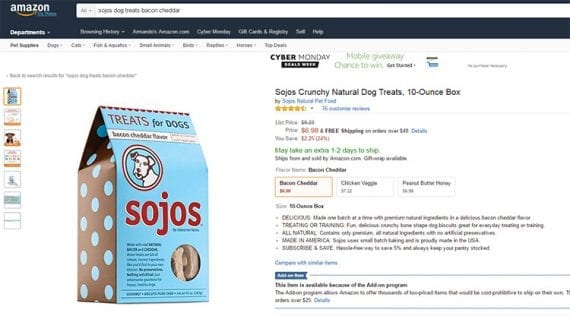 Amazon and BarkBox both sell, in a sense, Sojos dog treats,. But consumers shop with BarkBox for different reasons than shopping with Amazon.

Nonetheless, BarkBox is not really competing with Amazon, because it sells differently than Amazon. While it is true that both sell identical products — Sojos treats, for example — what BarkBox subscribers are buying is fundamentally an experience, not a product. 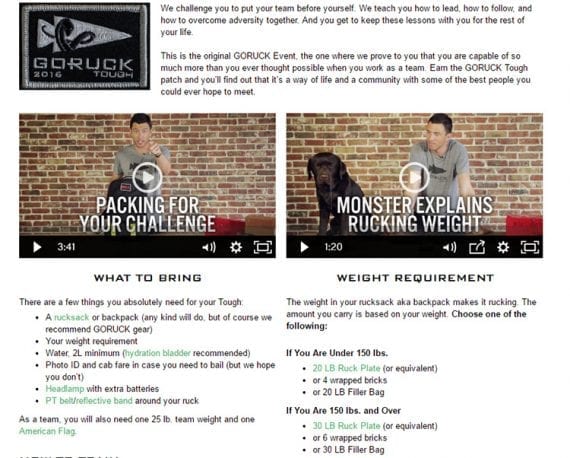 GORUCK’s training events allow it to connect with its customers on a personal level.

GORUCK customers have personal relationships with the company. They have, oftentimes, been to GORUCK events and met GORUCK instructors. When they buy a rucksack they are not comparing specs or shipping estimates. They are, instead, buying from a trusted advisor and expert in the field.

The ecommerce industry likes to talk about competing with Amazon and other large retailers. Some would even demonize them for using their competitive advantages like price and logistics. But these companies are really just using their strengths to serve customers.

Small-and-mid-sized retailers can also play to their strengths. They can find success and profit without trying to outsell a larger, better-equipped competitor.