The first quarter of the year can be a slow time for online merchants, especially in the wake of robust Christmas sales. Fortunately, offering after-Christmas specials may boost revenue, reduce inventory, and make for happy customers.

The buying frenzy that began seemingly right after Halloween will have mostly subsided by December 26. A week or two later when credit card bills and the first payment of installment plans come due, some shoppers may be all spent out — at least for while. As a result, first quarter online sales revenue can be relatively lean.

Separately, many merchants may have capital tied up in leftover inventory, freeing that pent-up cash may create additional marketing opportunities, allowing for the purchase of new equipment, or fund improvements to the store’s site or systems.

So what’s the best way to make sales in January? What follows are four ideas for after-Christmas sales. Merchants may want to think about these sorts of offers even before the holiday season is over, allowing time to build email, pay-per-click, or similar promotional plans.

Although the season of giving is over, some shoppers will still be enticed to buy for a good cause. Consider offering a “buy one, give one” special that delivers a pair of shoes, article of clothing, household item or similar to a known charity for every similar item that a shopper purchases.

A good example of this sort of offer can be found at Toms.com, where buying a pair of shoes provides a pair for a needy child year around. Beyond Toms, in the context of after-Christmas marketing, shoppers will get an opportunity to help national charities like United Way, the Salvation Army, or Samaritan’s Purse or local charities like Hope’s Door depending on how the sale is set up. 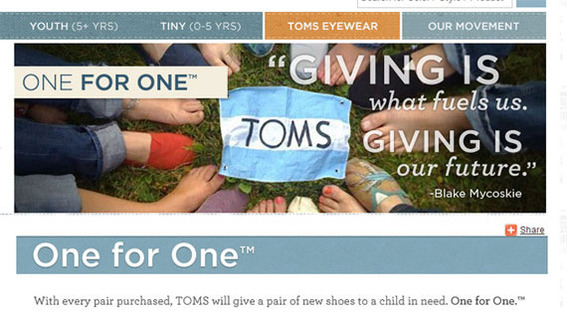 Toms gives away shoes year around, but the concept can be adapted to after-Christmas specials.

From a purely business perspective the sale is an opportunity to reduce inventory, gain tax benefits, and possible co-market with a well known not-for-profit organization with a large and responsive email list.

On Black Friday and Cyber Monday, many shoppers were directed to particular sales items that were offered at a deep discount. How refreshing will be it when a store offers a simple discount like $25 off of a $50 purchase, $10 off of any $20 purchase, or similar.

Target, the large multi-channel retailer, used just this sort of offer for its after-Christmas sale in 2011, giving shoppers $10 off a $50 order using Code TGTGFT2U when they shopped online.

Some shoppers may find there is simply no room in the January budget. Offering a “Buy Now, Pay Later” sale can help produce full-margin sales by putting off when customers have to pay.

Better to have capital in layaway or payment plans than in slow moving inventory. Consider using a service like PayPal’s Bill Me Later or similar to make this offer work.

The item can be an overstocked product or a custom item that you ordered back in the beginning of December. The idea is to give the shopper just a little something extra.