Not every social media post, or email message, or advertisement will perform. In fact, marketing campaigns and tactics often fail. So the goal is not necessarily to avoid failure. The goal, instead, is to learn from failures.

To paraphrase a famous line from a nearly 250-year-old Robert Burns’ poem, “The best laid plans of mice and men often go awry.” You might have had the most creative content, the best pictures, maybe you even had some compelling data backing up your strategy, but marketing still fails sometimes.

In this article, I will list common reasons an ecommerce marketing campaign might fail. As you review your own marketing, look for these mistakes, and avoid them.

1. You Expected Too Much

“There is no business function top executives worry about more than marketing,” wrote author and professor Thomas V. Bonoma in a 1989 Harvard Business Review article. “Most of them look at the marketers in their companies as something between vacuum-cleaner salespeople and saviors….Performance is not an absolute thing. The success of a marketing campaign has a lot to do with the top management’s expectations versus results obtained.”

This is, perhaps, true even for small ecommerce businesses wherein the top executive is also the chief marketer. We sometime set up our marketing campaigns to fail. We set expectations that might be unachievable. 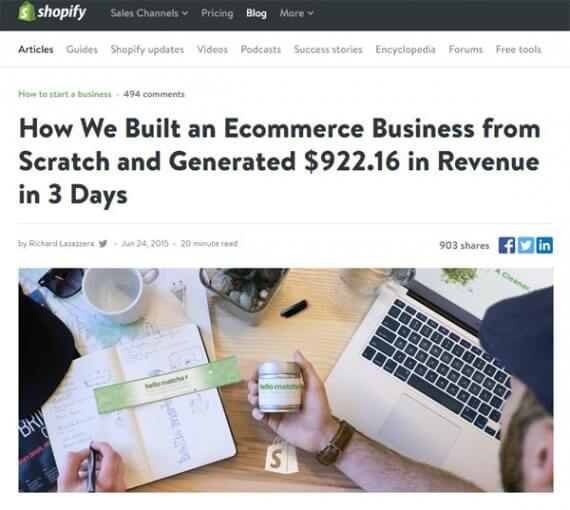 This Shopify tale of marketing success is a good read and an inspiration, but be careful that you don’t set your marketing goals so high that you cannot help but fail.

Last year, the folks at Shopify published a post about an online business they started. Shopify’s marketing department was able to pick a product, build a site, and generate more than $900 in sales in just three days.

This is a good example of what can be done. But at the same time, do not set your expectations quite this high if you are starting a business. Part of Shopify’s success came from a personal connection that would be hard to reproduce in a typical marketing campaign.

“Fortunately for us, one member on the team had a friend who is a curator at Product Hunt. By reaching out to them, he was able to get Hello Matcha [Shopify’s product] out of moderation and on the site for voting. This proved to be extremely impactful as Product Hunt drove over 900 visitors to Hello Matcha,” Richard Lazazzera wrote in the Shopify article.

2. You Had the Wrong Product or Offer

This campaign, or at least the portion of it aimed at Yuma, is likely to fail because the retailer is offering a product that doesn’t make sense for the target customers. Folks in Yuma are more likely to buy humidifiers, not dehumidifiers.

You might have similar failures if the offer price is wrong, the season of the year is wrong, or even if the way a product is presented is wrong.

Remember that the advertising, the emails, and the social posts can get a potential customer’s attention. But you must make a compelling offer to close the sale. Folks tend not to buy bikinis in the dead of winter or umbrellas when the sun is shining.

3. You Did Not Reach Your Prospect

If you shout in an empty room, you may make an echo, but you are not communicating.

Sometimes ecommerce marketing campaigns fail because we fail to share them with our customers and prospects. We fail to put the message in front of the right folks. This can happen in a few ways.

Part of the challenge with marketing is putting the message in front of the audience. Make certain that your campaigns properly target your best potential customers.

4. Your Tactics Did Not Match Your Goals

If you visit the Lane Bryant website, you might encounter a modal popup. Recently, this popup described a 20-percent off a future purchase when you subscribed to Lane Bryant’s email messages. 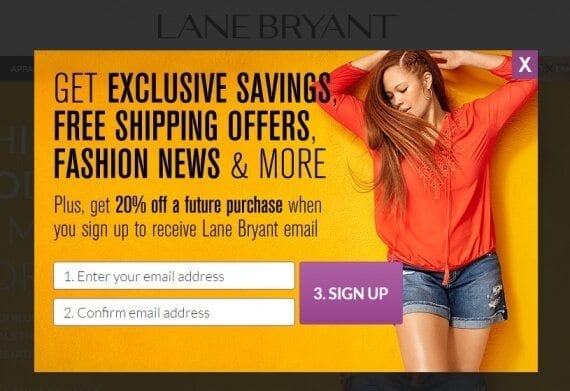 This tactic, seemingly, will increase the number of email subscribers on Lane Bryant’s list, which is good, if, in fact, that was the goal. Instead, what if Lane Bryant’s marketers had said that the goal for this tactic was to boost sales by, say, 40 percent in the next three days. Would that make sense? Probably not.

The point is that sometimes marketing campaigns fail because we use the wrong tool or tactic for the job.