5 Good Reasons to Use Tumblr

Tumblr is a social blogging platform that allows users to upload multimedia posts, follow other users, and engage in communities without some of the constraints found on Twitter or Facebook.

As a platform, Tumblr has been growing rapidly, and some retailers are now using the service as part of their social media marketing efforts. While there is certainly no shortage of social media sites that retailers can post to, there are five good reasons to invest resources in Tumblr.

Tumblr allows users to post several kinds of content, including text, chat messages, quotes, links, photographs, videos, and audio files. This ability to include a lot of rich media has been particularly helpful for some retailers.

Kate Spade, a clothing retailer, frequently posts vivid product images and videos on its “tumblog,” which is a Tumblr stream. 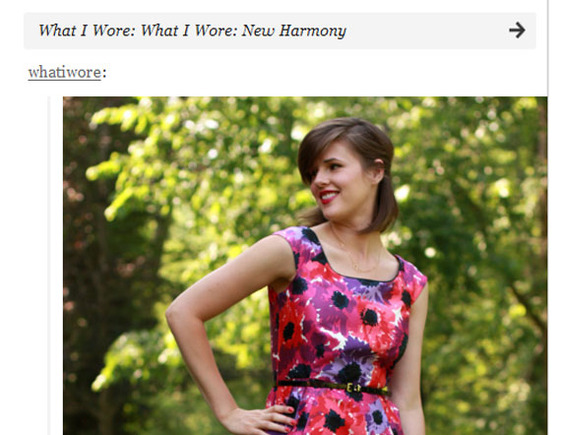 Retailer Kate Spade posts images and video to its tumblog.

Kate Spade’s digital marketing manager, Cecilia Liu, told Mashable in February that “people are using and sharing beautiful visuals on Tumblr, posting things they think are inspirational. In that vein, it seems like a really great platform for us to get our voice out there, not just as tweets and text, but through images and color, which is the DNA of the brand.” 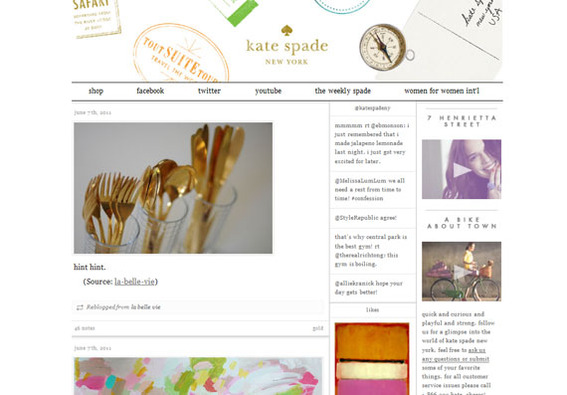 Henry Ford was reported to have said that customers could have the Model T in any color they wanted, so long as they wanted black. In some sense, social media sites like Facebook and Twitter have limited just how much customizing that retail brands — and other users — can do. These limitation come in the form of character restrictions, layout restrictions, and color restrictions.

Tumblr, by contrast, has many of the same social features as Facebook or Twitter minus the constraints. Rather, Tumblr users may purchase, acquire, or build their own themes top to bottom. This gives online retailers an opportunity to brand their Tumblr blog.

Drop Dead Clothing has a Tumblr theme that is edgy, just like its brand. 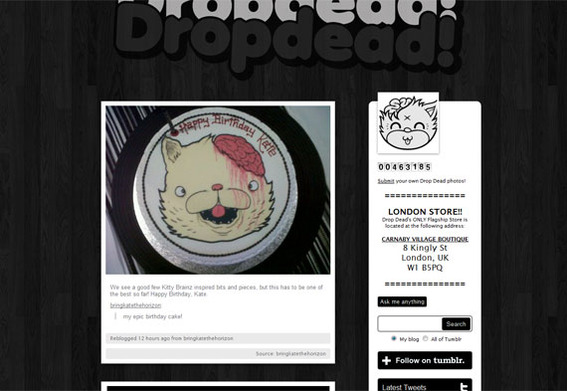 Jessica Boulanger, the designer behind online retailer More of Me has a sophisticated theme for her Tumblr blog, 101 Things. 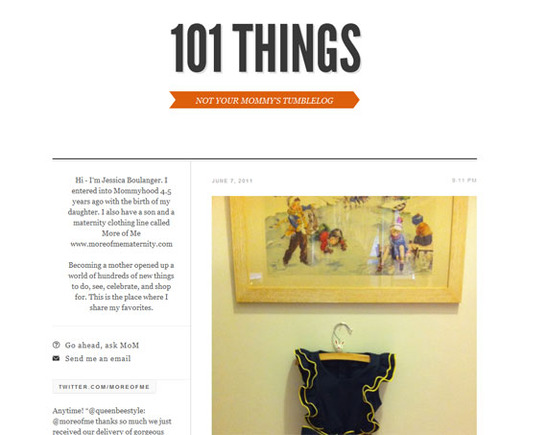 More of Me’s 101 Things Tumblr blog has a sophisticated look to match its brand.

Tumblr also offers two ways to embed a blog into your existing site.

Social media marketing is one of the most powerful ways of engaging with customers. But “engaging” is no easy task and sometimes there’s something that you’d like to post about, but it is just not convenient.

Tumblr has an excellent email-or-text-based publishing system that makes it rather easy to post good-looking items to a tumblog with ease. Even when doing so might not be, as mentioned above, convenient on other platforms.

This system makes use of Markdown, a text-to-HTML tool. So after a bit of practice, Tumblr users can publish posts including some formatting from an email message or SMS. Tumblr can also absorb audio files, quotes, and pictures that are attached to or in the email or text message. You can even create audio posts (think mini podcast) over a telephone.

Tumblr posts should be no exception. And, in fact, the platform makes it very easy to publish your Tumblr posts to Facebook, Twitter, or an RSS feed using Feedburner. What’s more, this integration is a two way street since Tumblr can also automatically republish what you’ve posted on Twitter, Facebook, or a blog — this works especially well with WordPress.

Tumblr Is a Rising Star

Finally, Tumblr is one of the fastest growing social media platforms. It has more than 20.3 million users that blog there. On a typical day, Tumblr reaches about 250 million page views with something like 33 million new posts.

Holly Matheson, writing on Technorati, wondered aloud if Tumblr might be on a trajectory to overtake Facebook and Twitter. While this seems a bit unlikely, data from Quantcast does indicate rapid growth. 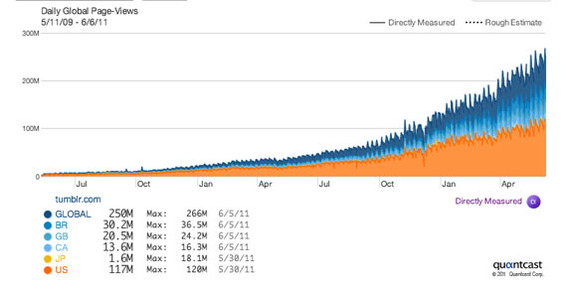 Tumblr gets more than 250 million page views daily according to Quantcast.

Tumblr also has a slightly different demographic than Facebook or Twitter, which, for example, tend to have more female users. About 51 percent of Tumblr users are male.

Quantcast shows that slightly more than half of Tumblr users are men.

Tumblr is a short-form, social blogging platform that supports rich media like videos and photographs; is flexible in terms of design and use; absorbs posts via email, text, or even a phone call; integrates well with other social media sites; and is growing in popularity.

For all of these reasons, ecommerce marketers interesting in social media should consider Tumblr.