Google+ is one month old. So who’s using it? Many of the popular Google+ users are the founders and content-creators from others parts of web — even Facebook.

Here is a list of the popular users on Google+. First are the top 20 users with the most followers. Then there are the users with high follower counts who are significant to social networking development or culture.

Many of these first movers have large followings on other social networking sites. By following the success of these users on Google+, you will follow overall the success or failure of Google+.

Google+ statistics are taken from SocialStatistics.com on August 4, 2011.

Mark Zuckerberg. Co-founder, chief executive and president of Facebook. He has yet to make a post on Google+. Mark Zuckerberg is the most popular person on Google+ with 419,512 followers. 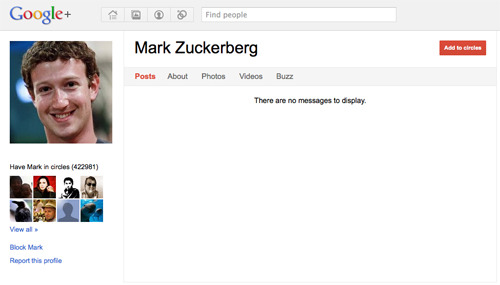 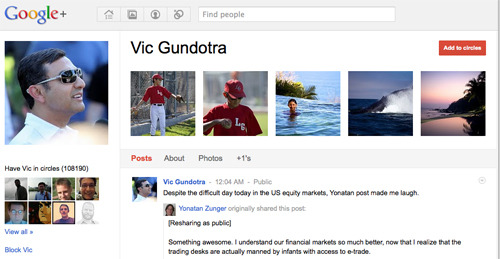 Leo Laporte. Host and producer of the Tech Guy radio show, and founder and Chief Twit at the Twit Netcast Network. Ranked 6 with 102,688 followers.

Kevin Rose. A technology angel investor and entrepreneur, Kevin Rose is co-founder of Digg, and Milk. Ranked 8 with 102,822 followers.

Ray William Johnson. A comedian best known for his YouTube videos. As of August 2011, his channel is the most-subscribed channel on YouTube, with over 4.3 million subscribers and over 1.1 billion video views. Ranked 10 with 99,402 followers. 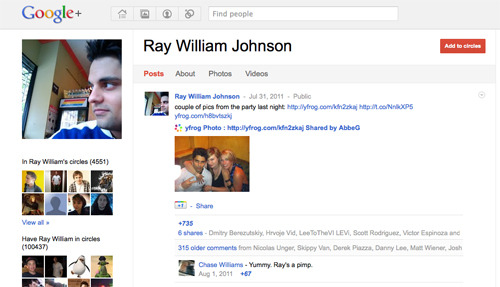 Markus Persson. Founder of Mojang, he is the creator of the game Minecraft. Ranked 14 with 68,131 followers.

Gina Trapani. A writer and open source coder, Gina Trapani leads development on ThinkUp, an open source social media insights engine the White House uses. She blogs at Smarterware and is the co-host of This Week in Google. Ranked 15 with 62,743 followers. 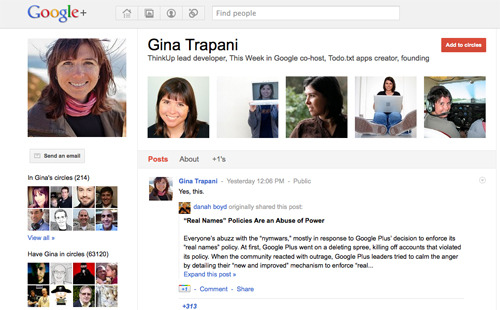 Trey Ratcliff. Creator of the travel photography blog StuckInCustoms.com, which has over 60 million views. Ranked 17 with 57,926 followers.

MG Siegler. A writer for TechCrunch, a blog covering startups and technology news. Ranked 18 with 49,545 followers.

Jeff Jarvis. Creator and founding editor of Entertainment Weekly, Jeff Jarvis is a writer for the Guardian, the Sunday editor and associate publisher of the NY Daily News, and a columnist on the San Francisco Examiner. He blogs at BuzzMachine.com. Ranked 19 with 46,814 followers.

Tim O’Reilly. Founder and CEO of O’Reilly Media, and a supporter of free software and open source movements. Ranked 20 with 46,105 followers. 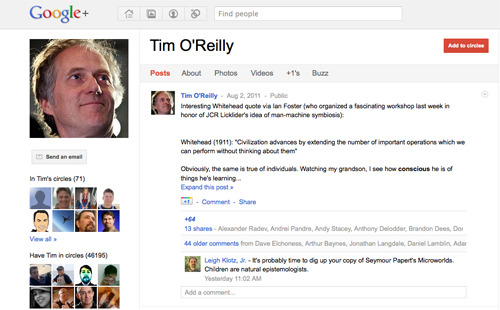 Seth Godin. A popular author and founder of Squidoo.com, a Web-publishing platform. 43,831 followers.

Guy Kawasaki. Co-founder of Alltop.com, an “online magazine rack” of popular web topics, and a founding partner at Garage Technology Ventures. Previously he was the chief evangelist of Apple. 41,101 followers.

Natalie Villalobos. Founder of 300acres.com, and a community manager for the Google+ project. 39,997 followers. 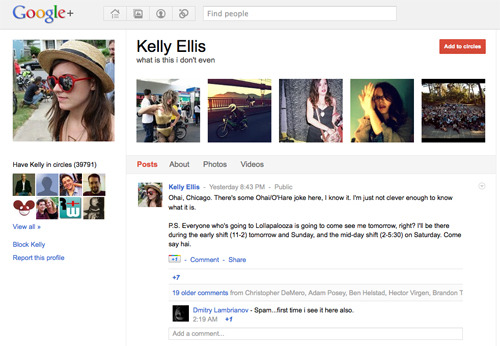 Alyssa Milano. Actress and philanthropist, Alyssa Milano is also an active social networker with over 1.7 million followers on Twitter. 32,071 followers. 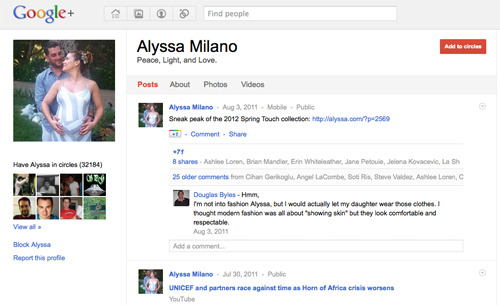 Seven Levy. A writer for Wired and author on technology. 27,833 followers. 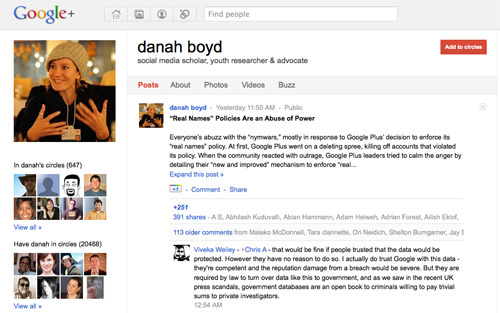 Dane Cook. A comedian and actor, Dane Cook was one of the first comedians to use a personal web page and MySpace to build a large fan base. 19,865 followers. 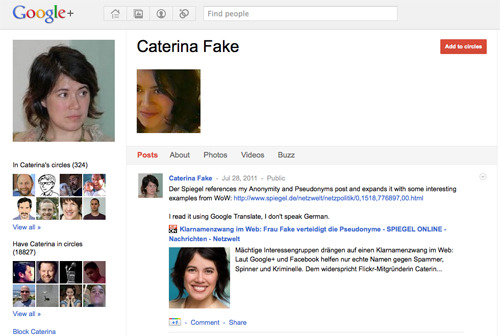 Bill Gross. Bill Gross is a serial entrepreneur and founder of Idealab, a place to create, build, and operate companies that challenge the status quo. 18,600 followers.

Dave McClure. Venture capitalist and founding partner at 500 Startups, an Internet startup seed fund. He blogs about his experience at Master of 500 Hats. 16,932 followers. 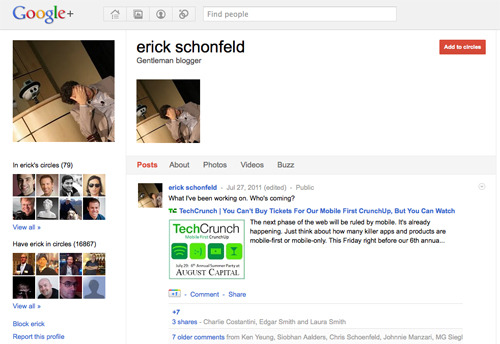 Reid Hoffman. Co-founder and executive chairman at Linkedin. He has not yet made a post on Google+. 16,800 followers. 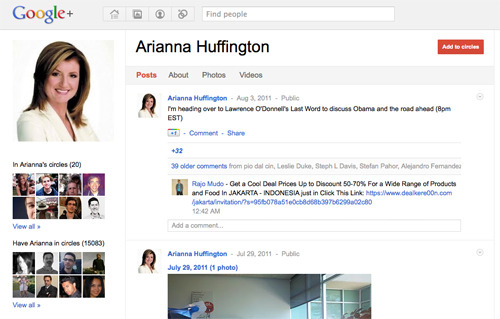