It was only a few years ago that businesses realized they needed a website. Now, everyone seems to be coming to the same conclusion about Facebook, and the best way for a business to establish a presence there is via a Fan page.

We typically think of Facebook Fan pages as being a conversational medium. Thanks in large part to the development of applications designed to allow users to add custom elements, Fan pages have morphed into “brand pages,” and are taking a company’s brand experience right into Facebook. Below is a list of several apps I think are worth trying.

Of all the apps that made this list, Static FBML is the most noteworthy. It allows those of us who have a working knowledge of HTML (but little, if any, of Facebook’s own markup language, FBML) to create highly customized pages. To say it has gained a loyal following would be an understatement. It has become the bedrock of much of the custom Fan page development done today.

What is so alluring about Static FBML is its simplicity. The app is little more than a form with two fields, one for the tab name and one for the body of the page. Here is an example of what that looks like: 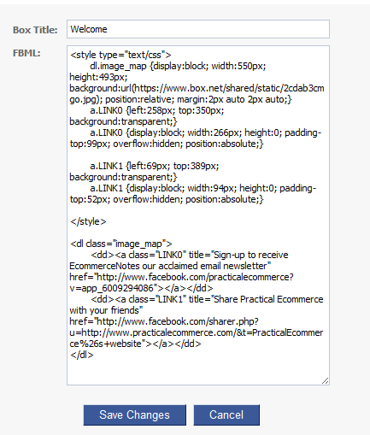 And here is the finished product: 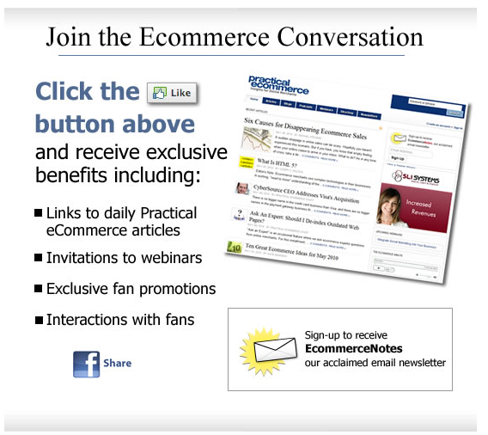 Note that it’s best to upload graphics to your own server. Alternatively, you can save them to Facebook via the Photos component.

Image-maps.com is not a Facebook app itself, but an online image-mapping tool that is nearly as essential as Static FBML. In fact, I use the two in concert all the time.

In learning the ropes of creating custom Fan pages, I found that HTML image maps did not work once the source code was uploaded to the Fan page. I was fortunate, then, to come upon Image-maps.com, which offers not only HTML image map creation, but CSS-style image maps as well. It was the latter that proved to be my salvation. While Facebook (or Static FBML) seemingly had no fondness for the HTML version, it works very well with CSS image maps. 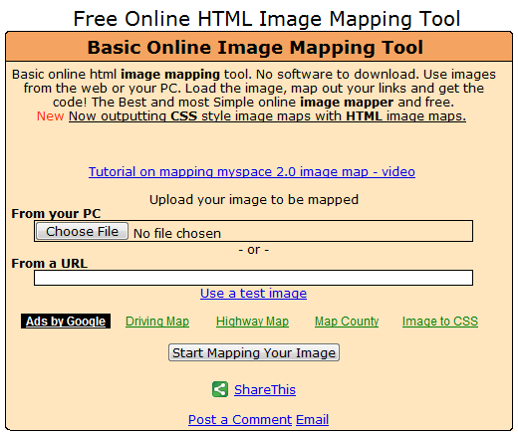 Involver makes an entire suite of apps designed for use with Facebook Fan pages. However, I have mixed emotions about including it on this list because of its pricing. On the one hand, it makes great apps that are simple to install and work very well. On the other, the company cannot seem to get its pricing model stabilized.

When I first started using Involver back in the company’s earliest days, its pricing was a perfect fit for small businesses. You could use any number of Involver’s apps for less than $60 per month. As the popularity of the company grew, so did its pricing. Currently, it offers only two options, free and premium.

The premium option has no disclosed pricing associated with it. That always sends a red flag to me, because it usually signals that the price will be expensive. In this case, the premium option runs about $500 per month.

Although I don’t understand why the company is taking this all-or-nothing approach, I have to commend Involver on making some of the best Fan page apps I have ever used. For that reason, I recommend it to you, in hopes that it will recognize the need to offer pricing options better suited to small businesses.

If you are in the enviable position of affording $500 per month, then the sky is the limit in terms of the types of apps Involver has available, including everything from a Welcome page app to social games to a music app, polls, and many more.

If you have an interest in running contests, sweepstakes, or games, then Wildfire is the app provider for you. It offers everything from user-generated contests to coupons, and product giveaways to quizzes. The best part is its pricing options are well within what most small businesses can afford, starting at just $5 to create a campaign.

A newcomer to my list is one I have yet to try out, Fan Appz. It offers a similar suite of apps to Wildfire, including polls, quizzes, and coupons. The difference is Fan Appz also has a free option.

No list of Fan page apps would be complete on Practical eCommerce without including one that was ecommerce-related. In this case, I chose one called ShopTab. It is a Facebook app that allows business owners to sell products on Facebook by creating a shopping tab on their Fan page, showcasing products from their existing online stores.

ShopTab is not itself an ecommerce platform, but works with any other such platform and allows a shop owner to export his or her products from an ecommerce tool and upload them to a ShopTab on Facebook through an admin console. Pricing is made-to-order for small business, too, ranging from only $10 to $20 per month.

It’s true that a number of ecommerce platforms have developed Fan page components, but for merchants using carts that have not, ShopTab might serve as a viable alternative.

While I proudly extol the virtues of Static FBML as a stand-alone app, there are a number of easy-to-use custom Fan page creation tools available as well.

Fan pages need to be designed with one goal in mind, to support a company’s marketing objectives. As it applies to Facebook, that means facilitating meaningful conversations around its products and services via Wall posts, comments and user-generated content, as well as generating leads, driving conversions and delivering sales.

It is true that you can have an engaging Fan page using only the applications provided by the Facebook platform, but you needn’t limit yourself to those when so many powerful options are available.

I encourage you to give these apps a try and let me know what you think. Not only that, leave a comment listing apps you have found to be useful. I am sure our readers would appreciate it, as would I.