For years, Google has sent its search bots to crawl the web, indexing content and images in order to rank search results. As Google Maps has become more complex and accurate, however, Google has been crawling the streets, as well, using vans topped with 360-degree cameras. The goal is to create a street-level panoramic view of major urban areas.

Users can essentially drop themselves onto the sidewalk in any area indexed by the camera vans. They can zoom in and out of remarkably high-definition images, and look around them in any direction. In well-indexed areas like San Francisco, someone who had never visited the city before could actually become familiar with the streets by using Google Maps.

Photos of People, Too

And there are more than cars, houses, roads and businesses being photographed here. The vans capture everything, including people. While Google does claim that its technology blurs-out recognizable faces and legible license plates, the idea that you could be candidly photographed on the street and viewed by millions is disturbing to many people, raising privacy concerns.

Google, for its part, has said that it accepts requests to remove images of users, their families, their cars or their homes. There is no guarantee that they will remove the images. Indeed, if too many users submitted this request, it would render street view unusable. And even if faces are blurred out, people can still be recognized. 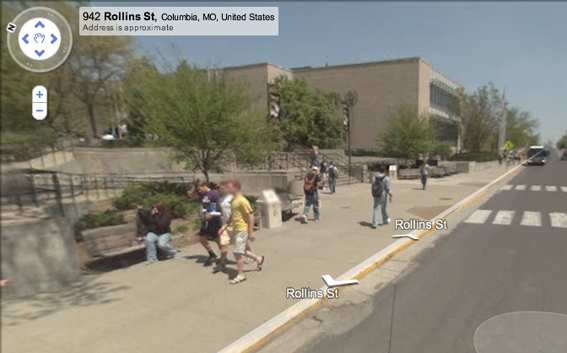 Google claims it blurs recognizable faces, as in this photo of people walking along Rollins Street in Columbia, Mo.

Because Google collects these images on public streets, the images themselves are fair game. In the same way that a journalist is allowed to photograph people or business as long as they’re on public property, Google can legally publish these images. (Check out this Citizen Media Law Project guide on public access, for more information on access law.)

Still, these candid snapshots of urban life constantly being added to Google Maps makes for some disturbing, funny or just plain weird moments, though. Bloggers have taken up the task of combing through Street View in search of these images.
Consider these images of men caught gawking at passing women. 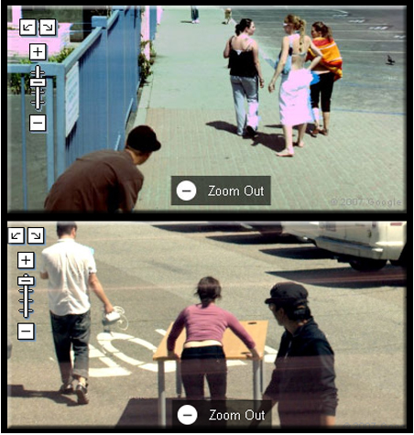 Or this foam sword battle in a vacant lot. 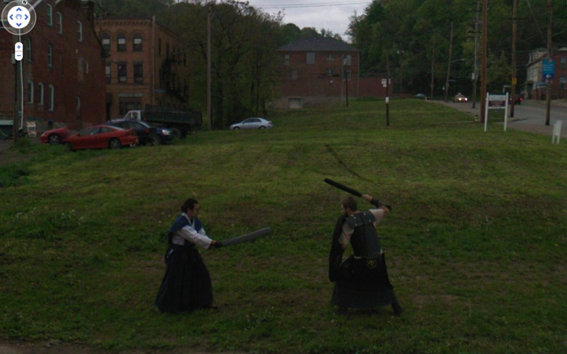 Street View may have some benefits for merchants, particularly those with brick-and-mortar locations. If customers routinely have a hard time finding a business, an owner could put a link to the street view of his or her business to make it easier to locate. In the same way the normal view of Google Maps marks a business with address, contact information and user reviews, Street View labels a business at the street level, helping customers become familiar with it without even stepping foot inside. For example, this week I perused the Street View of Main Street, the main drag of my hometown of Grand Junction, Colo. Even though Street View only represents one moment of time on one particular day, I noticed certain areas and businesses tended to draw people more than others. 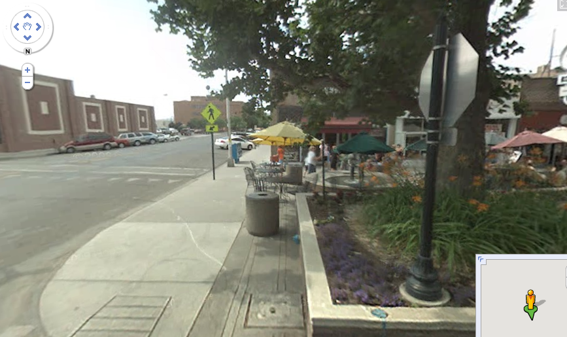 This personalization is what makes Street View so intriguing for some and frightening for others. Millions of people worldwide can view details about your town, your car and your house. And, if the timing was right, they might even see you.