6 Social Media Lessons from the BBC, for Ecommerce 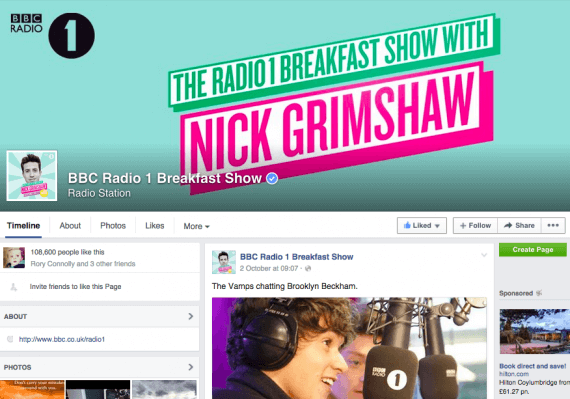 The British Broadcasting Corporation operates 11 U.K.-based radio networks, 10 television channels, and popular consumer broadcasts — such as Top Gear, The Great British Bake Off, and Strictly Come Dancing. And it manages social media marketing for all of these.

So what can ecommerce brands take away from the BBC’s social media experience?

The most effective social media accounts are those where enthusiasm and passion come through in the content. The Great British Bake Off — a televised baking contest — is a good example of this. You know that someone who is passionate about the show and about baking manages social media for this program. She monitors the conversation around the show, and uses this same tone and humor in the official content.

Key takeaway: Be your own biggest fan and share the best parts of your business with passion and enthusiasm.

A single, generic BBC Facebook account, for example, wouldn’t be of much use to anyone because the range of content and audiences served is too great. Instead the BBC segments by broadcast channel at the widest level, then to a specific show (such as The Great British Bake Off), and even a single event. This means each account can be much more focused in the content it publishes, with a much better knowledge of the audience’s needs and expectations.

Key takeaway: If you have an established social media page, experiment with launching a new page for a specialized part of your business. For instance, a fashion brand may also have a home line that could work well — independent of the main brand page.

Focus on Where Your Audience Resides Online

Years ago, the BBC used Bebo and MySpace because its audience was on those sites. The BBC has since moved to Facebook, Twitter, and Instagram. Focus on the most important platforms for your customers and prospects. Don’t bow to pressure to be on every new network; chances are your fans aren’t there, either.

Key takeaway: Choose one social network that you know your audience loves. Make winning in that space your top goal.

The best-performing social media content is usually short and to the point. The BBC has become very skilled at identifying the moments within longer content that will drive the most conversation. Rather than trying to drive attention to long content, try using short video, GIFs, and captioned images to drive engagement and shares.

Key takeaway: Post bite-size videos and fun, captioned images to increase the reach and engagement of your content.

Personality is key in broadcasting, and it follows through to social. Know your business’s personality in social. Is it fun, quirky, and a source of useful hacks? Or is it something different? Once you determine this, the type of content you produce becomes much more obvious. If you have an expert on your team, give him room to grow his following. It can help to grow yours, too.

Key takeaway: Determine how your business speaks on social media and then consistently use this tone of voice.

The BBC was an early user of social networking, from experimenting with Twitter to adopting the then new Facebook page format. In that time the changes to social networks have been huge. New post formats have come in, page designs have changed, and advertising options have hugely reduced organic reach. Adapting to these changes quickly can be the difference between a following that grows and one that stagnates. For example, knowing what image sizes work best and how using hashtags and links can help or hurt is essential.

Key takeaway: Closely monitor changes to your priority network and the formats that drive the most impact.