The iOS 15 rollout will start as early as September. Beta testing has already begun. Any company that relies on email marketing should prepare now. What follows are six action items.

Understand the impact on your subscribers. How many subscribers open your email on an iOS device — iPhone, iPad, or iPod Touch? Likely your email marketing platform has this info. Most emails in 2021 are opened on mobile devices — iOS or Android.

Set benchmarks now of open and click rates across your entire list and segments, such as recent purchasers and unengaged subscribers. Segment, also, by the domain of the recipient’s email address, such as @gmail.com, @yahoo.com, and similar. This will help track iOS 15’s effect.

Record your open and click rates before and after the update. Open rates of, say, 15% now and 10% afterward indicate the impact.

Remove unengaged subscribers. An unfortunate consequence of the private email update will be detecting unengaged subscribers, those who no longer open emails. High-performing email marketers drive deliverability with clean, responsive lists, purging subscribers after an extended period of inactivity, typically six to 12 months.

In advance of the updates, remove or segment unengaged subscribers.

Identify high-openers with no clicks. Before the iOS 15 rollout, flag those subscribers with frequent opens but not frequent clicks. This will inform you to keep them on your list even though the engagement is no longer captured.

iOS software resides only on iPhone, iPad, and iPod Touch — not Android devices and desktop email clients. Thus open rates, while underreported, will likely remain helpful for testing. For example, say subject lines A and B have open rates of 8.5% and 7.5%, respectively. It’s likely safe to assign subject A (8.5%) as the winner even though the actual rate for both versions is higher.

Adjust automated email funnels. Alter your automated journey flows that use email opens as a condition. Many retailers, for example, send different drip-campaign emails to recipients that (i) rarely open, (ii) frequently open but don’t click, and (iii) usually click. Moving forward, many subscribers who opened an email will otherwise be grouped with those who didn’t. 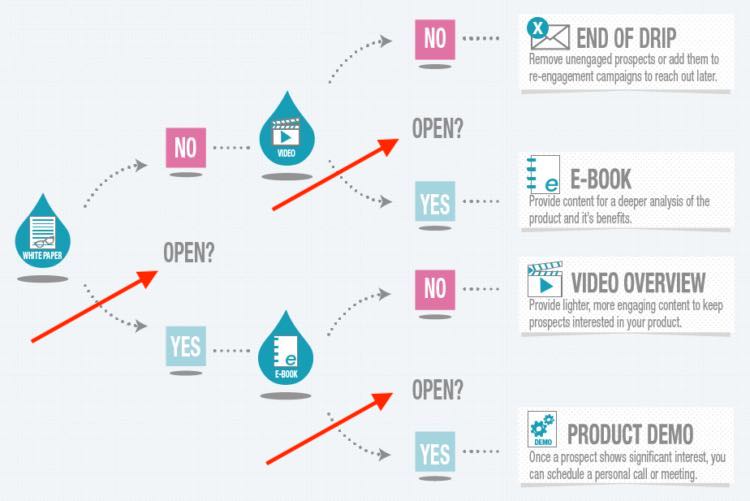 Adjust drip campaigns that use email opens as a condition. Image: Zapier.