Many people consider Twitter an enormous waste of time. “Why would I care what someone had for dinner?” is a question often asked by those who do not use Twitter for personal communications. Granted, if improperly managed, Twitter can be a huge black hole sucking up lots of time.

What if Twitter could be seen, not as a time waster, but as a tool to enhance productivity? The list of applications and tools that follow are designed with that in mind.

Remember The Milk is an application to make managing tasks, whether they are personal “honey-dos” or work-related, as simple as sending a direct message to Twitter. Here’s how it works.

Step 1: Signup for Remember The Milk.

Remember The Milk is a complete task management system designed to work with Twitter, and not merely a Twitter app. Therefore, registration is required.

Once you have signed up with Remember The Milk, initiate Twitter interactions by inputting your Twitter handle into a form field at RemembertheMilk.com/Twitter. 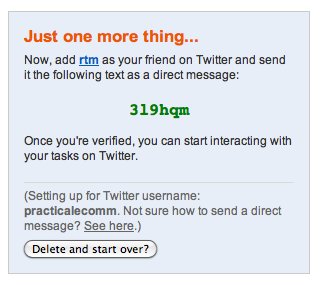 todoTweet is another task manager that is more Twitter-centric than Remember The Milk, but it works in much the same manner. Go to Twitter and write a task, adding the hashtag #todo at the end. todoTweet takes every tweet you send using the hashtag and compiles a list on its web-based administrative interface. To access the list, simply login using your Twitter account.

TwitCal is an online public calendar that allows you to create date entries via Twitter. 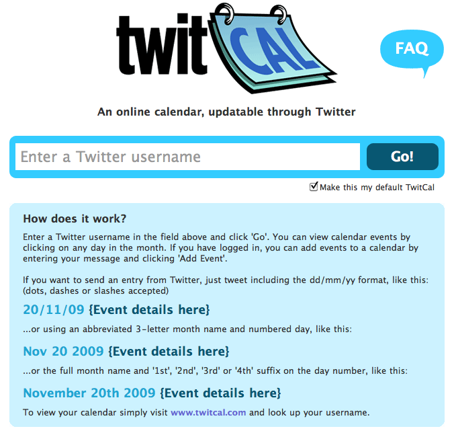 Enter a Twitter username in the field shown in the above image and click “Go.” This action takes you to a web-based calendar. By logging in using your Twitter account, you can view or edit events by clicking on any day in the month. To send an entry from Twitter, tweet event details including the dd/mm/yy format. To then view your calendar visit www.twitcal.com and look up your username.

For iPhone and Android users, SnapCal is an app that performs similar functions as the web-based TwitCal, but it provides greater versatility. Using it you can tweet events, follow other calendars, share calendar events with friends and sync SnapCal with Google Calendar or iCal. 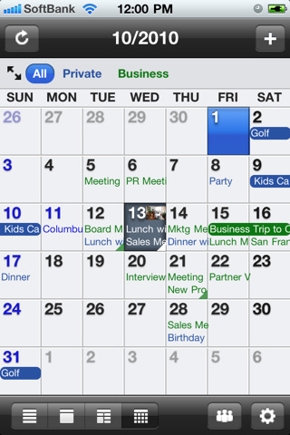 LazyTweet is a tool for those who are, as the name implies, too “lazy” to do their own research. Just tweet your question, and include the term “lazytweet” in it. This can be in the form of a hashtag (#lazytweet) or @message, (@lazytweet) or simply the term itself (lazytweet). For example, tweet “@lazytweet What is the best tool to manage Twitter feeds?”

While any Twitter user can ask a question of his followers without incorporating the term (lazytweet), LazyTweet suggests that doing so offers several benefits. First, it gives your question a second chance if your followers don’t have an answer. Since LazyTweet is dedicated to a specific type of tweet, your question will enjoy a longer visibility window.

Second, it gives your question a wider audience beyond your followers. Not everyone has thousands of followers, and if your followers don’t have an answer, perhaps someone on LazyTweet will.

Third, LazyTweet allows for a more in-depth and in-context discussion around your question than can be had on Twitter. You can “take it offline” — so to speak — by going to the LazyTweet website and review answers and comment on those you receive. LazyTweet also monitors Twitter for replies to questions.

Twitter Timer is a simple reminder service that you use by sending a direct message to “d timer” with the time — expressed in number of minutes — by which you wish to be reminded and a short note describing the topic. Twitter Timer will send you a tweet at the time indicated (e.g., “60 pay parking”). You have to follow the account in order to send reminder messages.

Twaitter is a Twitter management tool that performs several functions. It enables you to schedule Twitter messages, set tweets to send on a recurring basis (daily, weekly, monthly, yearly), schedule messages via an Outlook-style calendar interface, translate tweets into any language, and register your blog’s RSS feed (or any RSS feed) to have new posts automatically sent to Twitter as content is published. (Note that Twaitter will soon be changing its name to Gremln.com.)

I both love and loathe getting business cards. On the one hand, being given a card means I have a new contact to add to my database that may represent a new customer, prospect or vendor. On the other hand, it means yet another piece of paper to have to keep track of.

Lately, as an alternative, I ask new contacts to connect with me via Twitter. With the TwtBizCard, I can have the best of both. 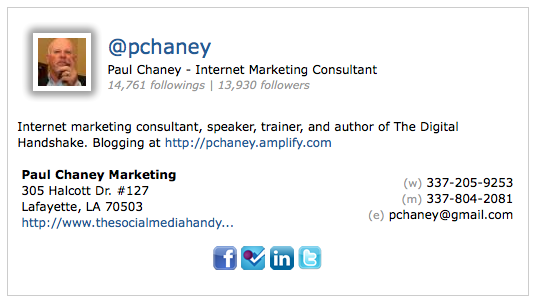 To create your own Twitter business card, complete a form that includes the same type of information as would be placed on any business card, such as name, company name, address, and phone numbers. The form also requires that you include your Twitter handle and, as a result, pulls in data specific to the account, such as number of followers and biographical information.

To send your card to another Twitter user, simply add #twtbizcard to an @mention message. For example, I would send “@practicalecomm here is my contact information #twtbizcard.” TwtBizCard would then send a link to the card to the specified user.

Perhaps the most business-critical of all the apps included on this list is Salesforce for Twitter, which can manage customer service interactions via Twitter. It is part of Salesforce.com’s Service Cloud platform.

Increasingly, people are using Twitter to reach out to companies with their suggestions, complaints and questions, and they expect the company to have someone who is listening. Salesforce for Twitter allows customer service agents to respond from within Salesforce.com’s platform using the same tools as they do with other channels.