Next generation smartphones or tablets equipped with fingerprint scanners may provide shoppers with greater security and boost both online and in-store mobile commerce.

How Biometics Could Impact Mobile Commerce

The argument that biometric security — i.e., using human traits for identification — will affect mobile commerce includes the idea that biometrics, like fingerprint scanners, will be both more secure and easier to use than existing mobile payment security methods.

These passwords can be — perhaps — defeated more quickly than a fingerprint scanner. Thus, the argument goes, fingerprint recognition would make iPhones and similar devices more secure. In turn, shoppers — who feel more secure about using mobile devices for payments — would be more likely to store information in mobile wallets and then use those wallets to make mobile payments both online and in physical stores.

In addition to the perception of increased security, fingerprint scanners would eliminate the “chore” of logging in or even entering passwords or pins to make mobile payments. Simply touching the mobile device or tapping a buy button could be enough to verify the transaction. In general, removing barriers to a purchase will encourage additional purchases, and fingerprint scanners would remove at least some steps in the mobile commerce checkout process.

Fingerprint-scanner equipped mobile phones would be useful in both forms of mobile payments.

Mobile commerce, as a term, has taken on a dual meaning, describing both making online payments or purchases from a mobile device (mobile ecommerce) and using a mobile device to make payments at a physical store’s point of sale.

Assuming that shoppers begin to use mobile digital wallets more frequently, there may be little difference in how a shopper makes a smartphone based purchase in a traditional store or via an ecommerce site. In both cases, it could be a matter of opening the mobile digital wallet and tapping a buy button or holding a fingertip over a designated scanner. This commonality, in turn, could mean that more shoppers will shop ecommerce sites from mobile devices.

For online merchants, including relatively small sellers, the advent of mobile fingerprint scanners may simply be another trend or factor that demonstrates just how important it is to have a mobile commerce strategy.

Mobile commerce is already one of the most important channels online merchants can address. U.S. mobile commerce sales, as an example, totaled 4.7 billion in the second quarter of 2013, according to trend-tracking firm comScore. Overall 2013 mobile commerce spending in the U.S. could top $25 billion by the end of the Christmas shopping season.

“One out of every ten consumer ecommerce dollars is now spent using either a smartphone or a tablet, and growth in this segment of the market is outpacing that of traditional ecommerce by a factor of 2x, which itself is growing at rates in the mid-teens,” said comScore Chairman Gian Fulgoni. “Any channel shift has the potential to be disruptive to established revenue streams, and it would appear that m-commerce spending has reached enough of a critical mass that key stakeholders must begin to address this new market dynamic today or risk losing competitive advantage.”

While it is important to note that Apple has not announced any plans to add biometric-based security capabilities to its mobile devices, the company has taken two actions in the past year that support speculation that a soon-to-be-released Apple smartphone — perhaps an iPhone 5S — is likely to include such a device.

First, Apple acquired mobile security firm AuthenTec for about $356 million. AuthenTec had been a leading developer and supplier of fingerprint authentication systems, including fingerprint scanners used on some HP laptop systems.

“Apple wants to be the champion of mobile commerce,” ABG Sundal Collier analyst Per Lindberg said in a report published in August. “They probably want to integrate [fingerprint scanning] closely with the App Store. But that’s why they bought AuthenTec last year. It’s part of the strategy.” 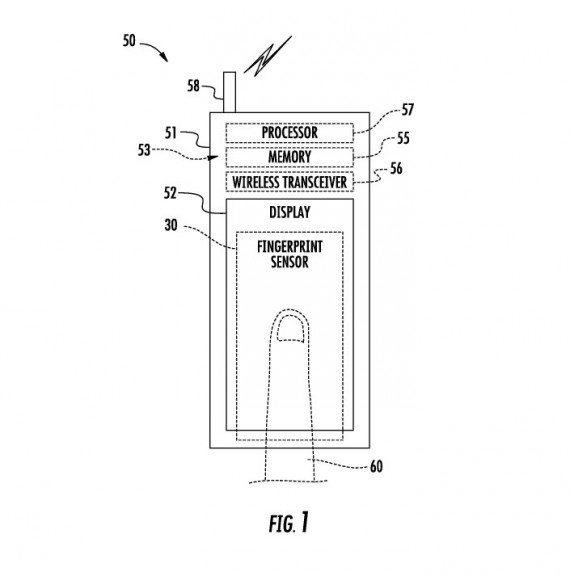 Taken together, it seems at least likely that Apple is working toward adding fingerprint scanning capabilities to some of its products. Apple has scheduled a media event for September 10, 2013 at which some believe the company with announce at least two devices, including, perhaps, the iPhone 5S and iPhone 5C.

Apple’s chief rival in the smartphone market, Samsung, is reportedly working on a fingerprint scanner for its devices, too.