Chaney is also the author of a new book on social media called The Digital Handshake. It’s published by Wiley and we’ll be publishing two partial chapters from it. The first installment, below, is an excerpt of chapter one, where Chaney explains why consumers are weary of marketing messages, and how merchants can use social media to overcome that skepticism.

Consumer Skepticism is at an All-Time High

Trust is a commodity in short supply nowadays. We consumers are increasingly skeptical of advertising messages that promise to make our lives easier, our bodies healthier, or our wallets fatter. Ours is a cynical age tainted by war, economic downturn, political unrest and an uncertain future. We are suspicious of hype and favor that which is real, even if it lacks the shiny exterior and pomp commonly associated with advertising.

The Insurgent Consumer and the Influence of Word of Mouth

In a February 2006 article from Advertising Age, editor Jonah Bloom stated, “While too many advertisers are still focused on the business of shouting one message over and over, today the most important communication is not the marketing monologue, but the dialogue that takes place among customers.”

Consumers are becoming insurgent, rising in revolt against slick, overly-produced ads in favor of recommendations by fellow consumers and user-generated content such as that found in YouTube videos or customer ratings and reviews like those at Amazon, Judy’s Book or Yelp. In their social media manifesto, Trust Economies, authors Chris Brogan and Julien Smith assert, “We are suspicious of marketing. We don’t trust strangers as willingly. Buzz is suspect. It can be bought. Instead, consumers and business people alike are looking towards trust. We want our friends to tell us it’s good. We want someone we know to say we should look into it.” 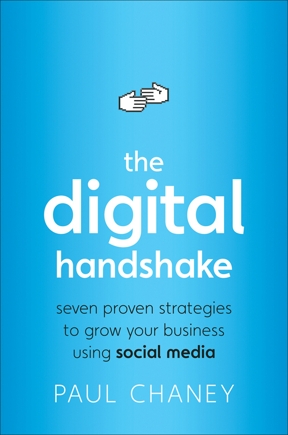 You recall the days of classic Agent 007 James Bond (Sean Connery was my favorite, by the way). He was suave, debonair and hardly ever got a scratch. Bond drove expensive cars, wore fabulous clothes, ate at the finest restaurants and always, always got the girl.

There was a time when advertising was the same. Slick marketing messages conceived in Madison Avenue high-rises delivered mass marketing style via broadcast and print were consumed and believed by the buying public, no questions asked. If manicurist Madge said a certain brand of dishwashing liquid softens hands while using it, who were we to disagree? Not so any longer. We now live in the age of Jason Bourne, not James Bond.

Unlike his counterpart, Bourne gets beaten up, shot at and otherwise knocked around with great regularity. Rarely does he ever walk away from a fight unscathed. Neither does he get the girl. In fact, his girlfriend was killed. Bourne’s is a world of gritty, cold reality.

That’s the world advertisers find themselves in as well. Consumers have little trust in marketing messages and, therefore, advertisers have to work much harder to vie for their attention and, more importantly, their trust.

Another example of this real experience vs. marketing-speak mentality can be seen in what arguably has become in recent years the most popular genre of television entertainment, reality TV. Programs run the gamut from the sublime to the ridiculous and cover every topic imaginable, from drug and alcohol interventions, to bounty hunting to modeling, cooking, real estate sales and home decorating contests. Oh, yes, let us not forget musical entertainment, ala American Idol.

What is the reason for such popularity? Within all of it there is an underlying theme, that what I’m watching has some degree of realism. I can identify with the participants, imagining myself in their place as their peer. These “ordinary” people, whether placed in similarly ordinary or exotic circumstances, carry with them a level of “authenticity.”

I believe this stigma is a sign of our times that carries over into advertising. Advertisers and marketing professionals who understand this will do well in making the changes necessary to re-establish trust with the consumer.

To their credit, some are doing their best to bring some level of “reality” to the 30-second spot. It is becoming much more commonplace, for example, to see the CEO of a Fortune 1000 speaking on behalf of the company. Every once in a while they even apologize for wrong doings, as was the case with JetBlue CEO David Neeleman.

In a now-famous YouTube video, Neeleman addressed operational problems faced by his airline in 2007. You recall the incident where thousands of JetBlue’s customers were left stranded for hours in airports and on planes.

His apology was one of the first times that the CEO of a major company used social media in crisis management. The video has received more than 340,000 views at the time of this writing and had a 4-star rating.

A little bit of honesty accompanied by a healthy dose of humility goes a long way toward restoring a company’s reputation among consumers and Neeleman’s attempt was met with word of mouth enthusiasm.

There are a number of reasons consumers are skeptical of advertising. First, it’s interruptive. I don’t know anyone who welcomes a series of 30-second spots during a their favorite TV show. That’s one reason there is a growing prevalence for devices such as TiVo. Neither does one pick up a magazine for the sole purpose of scanning the ads.

A second reason for such rising skepticism is deceptive advertising. Misleading claims, bait-and-switch techniques, false comparisons that suggest a certain brand is better than its competitors without stating that outright…we’ve all been there.

Yet a third reason for this growing distrust is a company’s inability to connect with customers at a human level. Of all the reasons, that may be the most damning. The great promise offered by social media is that real, genuine, honest, human connections can be made between the company and consumer that will engender trust and build a foundation for long-term relationships.

In the end, it is not so much a matter of knowing why consumers are skeptical, but simply accepting that they are. The antidote is not more mass market messaging, but radical transparency and a willingness to admit mistakes, much the way JetBlue’s Neeleman did. By re-instituting the conversation, social media can help reconnect with consumers, rebuild the bridge of trust, renew customer loyalty, re-energize brand evangelism and re-humanize the company.

Next up: An excerpt from chapter nine of The Digital Handshake, “Niche Online Communities Can Benefit Your Business.”