Cart Of The Week: Shopify

Practical eCommerce counts over 300 different shopping cart platforms. This includes licensed carts, hosted carts and open-source carts. In this, our new “Cart of the Week” feature, we’ll profile a specific shopping cart and ask personnel of that cart about its strengths and weaknesses. We’ll then ask a competitor about that cart, too.

In this first installment, we’ve featured Shopify, a hosted solution known for its ease of use and simplicity. We asked Dimitri Onistsuk, Vice President of Marketing, about the benefits of that cart. We then asked Rick Wilson, Executive Vice President with Miva Merchant, a licensed cart and a competitor of Shopify, for his evaluation of Shopify. 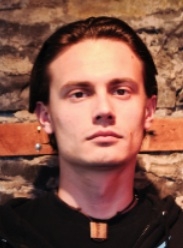 PeC: What are Shopify’s strengths?

Onistsuk: Shopify is both easy to use and elegant. Shopify makes it simple to sign up (a couple minutes) and to start selling your products in style. It also gives you real peace of mind. Shopify is a hosted ecommerce solution, so we take care of the hosting, backup, bandwidth and scaling issues for you. There is no need to ever look for a hosting company with Shopify. More importantly, Shopify is a product we believe in. Before we offered it as tool for others to sell their products online, we were using it ourselves. We saw what was missing in other ecommerce solutions and we built it.

PeC: What are Shopify’s weaknesses?

Onistsuk: Shopify is intended to be the best ecommerce solution for 95 percent of businesses selling online. Unfortunately, we know that there are some shops that need some very specific requirements, but we do not try to be all things to all people. Shopify hosts a wide range of shops spanning single-person operations all the way to large multinational corporations. Part of the reason we can provide all of these users with such an excellent experience is that we focus on exceptional design for the most common situations and workflows instead of trying to pack every possible feature into an increasingly unusable interface.

PeC: What are your plans for future cart development?

Onistsuk: We are continuously developing new features, but the most important new developments are the Shopify API and online marketing integration. The Shopify API will allow the storeowner to develop customized applications for whatever the shop needs. This will really strengthen Shopify as a whole because it will add a whole new dimension of functionality and give the user the ability to be in control. We are also working hard on integrating marketing features that will help our customers sell their products. There are several approaches to doing this, and we are looking at the most effective means possible.

PeC: Other thoughts for our readers?

Onistsuk: A lot of people seem intimidated by the notion of starting a business online. We understand that completely, which is why we made Shopify as simple to use as possible. From setup, to listing your product offering, to fulfilling orders, the process is straightforward and logical. For those who are thinking of starting an online business, we created a trial plan that allows startups to sell 10 items before they are charged a single penny. This means you can validate your market, and only if things are going well do you have to sign up fully. You don’t even need to enter your credit card for a trial account. While you have your trial account, Shopify picks up all the hosting and bandwidth charges. 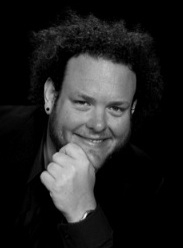 PeC: What do you think are Shopify’s strengths?

Wilson: The product was very nicely laid out and simple to use. One of the hardest things to do in ecommerce is simplify a complex process (running a business) while still offering the features people need.

PeC: What do you think are Shopify’s weaknesses?

Wilson: The obvious weaknesses I saw were the limits on what they called ‘enterprise’ level offering of only 10,000 SKUs. The other major weakness is the product is built using Ruby On Rails. Ruby On Rails seems to be a development environment with a lot of future possibilities, but as a general rule you don’t want your revenue-generating product to be based on cutting edge technology. There’s a lot of unforeseeable pitfalls in that area.

PeC: Other thoughts for our readers about Shopify?

Wilson: Generally speaking 10,000 SKU’s is not a big database, so why is there such a low ceiling? What is that also indicative of as far as database limitations? That combined with the product being Ruby On Rails would personally lead me to the conclusion that it’s not ready for prime time.