Back in the mid-20th century, painters such as Ellsworth Kelly and Agnes Martin were making names for themselves practicing a form of art emphasizing extreme simplification of presentation —  primary colors, basic forms, fewer details.

This simple approach had devotees in other realms as well; architect Ludwig Mies van der Rohe adopted the motto “Less is more.” His buildings were basic, functional, uncomplicated. It was a minimalist movement. Minimalism has always had devotees, as well as critics who said the lack of “real design” was not art or was the sign of an untrained mind.

A latter-day devotee of minimalism is Craig Newmark. He is the founder of the intensely successful Craigslist.com. As far as he is concerned, less is definitely more when it comes to website design, and his business, Craigslist, is minimalist by design. The only thing the self-proclaimed nerd from New Jersey wanted to provide his visitors was service and convenience. And he wanted to do it free of charge, if at all possible.

Like those forward-leaning minimalist artists, Newmark has his critics. But he has a lot more fans — about 15 million every month, give or take a hundred thousand. That’s how many people use the worldwide network of 300 Craigslist sites, all anchored at Craigslist.com.

Craigslist consists of local classifieds and forums for internet communities worldwide. According to the site’s FAQ page, it is “a place to find jobs, housing, goods and services, social activities, a girlfriend or boyfriend, information, advice and just about anything else — all for free, and in a noncommercial environment.”

The Wall Street Journal notes that Craigslist’s annual revenue is about $25 million. That comes from charging for a small portion of the users’ postings on the site. The Journal estimates that the laid back, service-minded creator of Craigslist misses out on about $500 million annually for not allowing paid banner ads on his site. Newmark isn’t concerned and says money has never been the motivation for operating his site.

Nowadays, two fellows who refer to themselves “dead-weight fat cats” run Craigslist. Jim Buckmaster joined Newmark in 1999 to run the “business side of the company, for which Craig is eternally thankful. Business and revenue isn’t his bag. In fact, Craigslist really wasn’t supposed to be a business at all. This is a guy who is minimalist in everything he does and says. 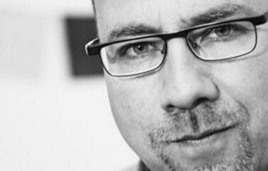 Newmark: “For the first few months we didn’t have a name — I didn’t think we needed one. I was using a simple computer to serve the site. I was posting events and information for people in the Bay area of California. I was to call it San Francisco Events. But people who were smarter than me said I should call it Craigslist because that is personal and quirky.”

Minimalism was rampant. There was no Craigslist business plan, no bank financing, no hierarchy, no goals or aspirations other than offering a growing list of fans an excellent simple service.

The early Craigslist was totally altruistic. There was no “revenue stream,” no business projections, no hopping on the dot-com bandwagon.

Newmark: “The first few years it was just a hobby. Then the time came around when I needed some help, and I tried to do things with volunteers, and that failed. The idea of revenues and income didn’t come along until, I guess, we decided to make the company into a real company, which was in early ‘99. The volunteer thing hadn’t worked, and some folks helped me get out of denial and get serious. That meant making it a real company.”

Still, the Craigslist concept remained minimal. No big capital-raising venture, no public stock offerings, although, truth be known, the site and business warranted such an offering more so than many of those that got massive Wall Street funding. No, it was simpler than that.

Newmark: “Mostly it was just a matter of revenue to pay the bills. We didn’t have a strategy, per se. We just continued offering good customer service and plugging away. We were still just serving San Francisco and the Bay area. Five or six years ago, when I talked to a lot of people about how to generate revenues, they told me to charge people who are otherwise paying more money for less effective ads (elsewhere). They also told me to charge job posters for help wanted ads, and we were told to charge for real estate ads. In practice, we charge for help wanted ads in seven cities and apartment rental ads only in New York. We charge people in markets where they have asked us to charge them.”

Craig is clear about the fact that the Craigslist network is run by those who use it. Those who run it and use it depend on him and the 24 folks who work in the restored Victorian house in the Cole Valley of San Francisco (inner Sunset District). In the markets where levies for ads are charged, users thought that charges were warranted to thwart scam artists who have caused Craigslist problems over the years.

Newmark: “Scams have become a problem, but we deal with them pretty effectively. When we see people “spamvertising,” running thousands and thousands of ads of a dubious nature, we start doing some blocking. If they persist, we talk to their ISP or hosting company, and if they still don’t stop, they usually find themselves “unhosted” or unable to get on the Internet.”

The universal appeal of the site is the simple format, ease of navigation, and the ability of the customer to find what he is looking for quickly. With 99 percent text and few graphics to slow loading, the site looks more like one that you might have seen in the days of dial-up and 28.8K modems. The minimalism is still by design, even though connections and computers are substantially faster than they were in 1995.

Newmark: “We really don’t have any changes in mind. Oh, we get suggestions for a redesign. But when I asked around, our users seem to be pretty happy with our site. The only people who are excited about a redesign are the design people.”

Often, design seems only to follow the needs and interests of the designer and not those of the user, which could spell disaster in the fast-moving, fickle-user world of the Internet.

Newmark: I’m pretty sensitive to that matter because I realize I have no design skills. All I know is to keep it simple. I used to be a pretty good programmer, but there are a lot of people now who are much better at it than I am. I focus on customer service, and my real skill right now is persistence and commitment.

Another skill our minimalist webmaster possesses is a pragmatism that serves him well and would serve anyone who gets caught up in the hyperbole of those trumpeting new technologies that seem to exist just for the sake of them being there.

Newmark: “The web right now does a great deal of things for people. There are lots of new technologies coming online, some of which sound very exciting, some of which would help us out and some of which won’t really do very much. I don’t really know which ones won’t be useful, but I do see people using the Net as a vital communication tool. For example, right now some people are using it to expose crooked voting machines and prevent them from being a real problem. It used to be that when the powerful wanted to do something crooked, you couldn’t do much about it. But if a lot of people get together and do something over the Net, then we can do something about it.”

Security is still a big issue on the Net. Craig is a fan of the open-source operating systems such a Linux, on which the Mac OS is based, to get around problems that he sees in server systems using the Windows environment.

Newmark: “We’re pretty paranoid about security, so our preference is to run Linux or Mac machines. I think that if you’re serious about security issues, you have to do something. I have been burned too many times—maybe they’ll fix it in Vista, I don’t know.”

Besides security, the Craigslist engineers have another issue to deal with — speed. With something like 500,000 visitors jamming the servers every day, 24/7, the traffic load presents some problems, even in a minimalist environment.

Newmark is pretty active when it comes to causes and things he views as important. He blogs (Cnewmark.com) regularly, and his posts may or may not have anything to do with his business. What the blog does is put him closer to his constituents and allow him to add his voice on matters that are important to him. One of those matters is what he calls the misuse of the Internet by PR people with what he considers less-than-honest goals.

Newmark: “There are firms that do dirty tricks (on the ‘net), particularly political ones. There are people who do things like “swift boating” and PR people who work with lobbyists who fight fairness on the Internet. For example, there are a lot of sites opposing Internet neutrality. But all are fronts for a big telethon. I would like to see people present their positions honestly.”