It won’t be long before everyone is subject to the new, wider Twitter layout. Up to now, the new layout has been optional and Twitter users could switch back to the old settings. Though no firm date has been announced for the transition, Twitter indicates it will take place soon. Here’s the message I received when I logged into the narrower layout option:

With Twitter’s efforts to increase advertising, its motive for the layout change was, in my view, to influence Twitter users away from use of third-party services such as TweetDeck and HootSuite — where users of those services never see Twitter ads — by offering a more robust interface, which would presumably lessen the appeal of the third-party services to begin with. To the chagrin of many graphic designers, custom backgrounds created to fit the narrower layout will become obsolete. Except for only the widest screen resolutions, the space allotted is too narrow to accommodate these designs.

Formerly, the emphasis focused much more on the area to the left-hand side of the main column and most custom designs took advantage of that space. The new layout does not provide as much room to place information on either side of the main columns, and instead puts the emphasis on the avatar and biographical sections. The avatar can now be as large as 128×128 pixels, and I would recommend fully using those dimensions. In fact, the avatar can become the fulcrum around which a new design is built.

The new design parameters include the following:

Given these considerations, from a design perspective, the wider the screen resolution the better. Most new computers offer very wide resolutions — some as wide as 1680 pixels. But, not everyone has a new computer. And, now there are tablet computers on the market with narrower resolutions. The iPad, for example, has a resolution of 1024×768 pixels. A happy design medium might be 1280×800, which is the size offered by many laptops. Unfortunately, there is no one-size-fits-all solution.

Many developers have offered design suggestions for the new layout. Here is a list of resources: 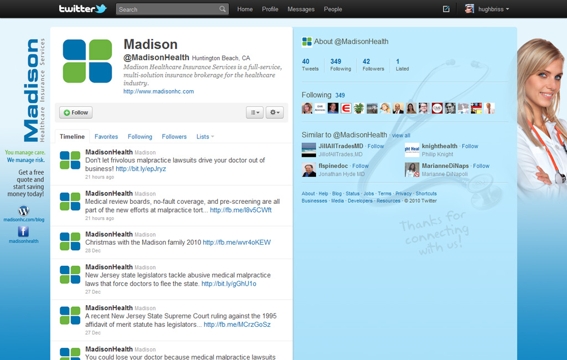 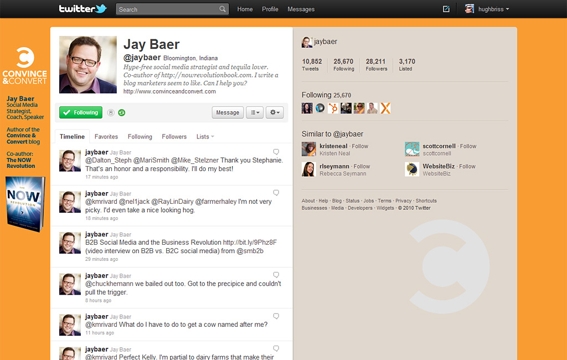 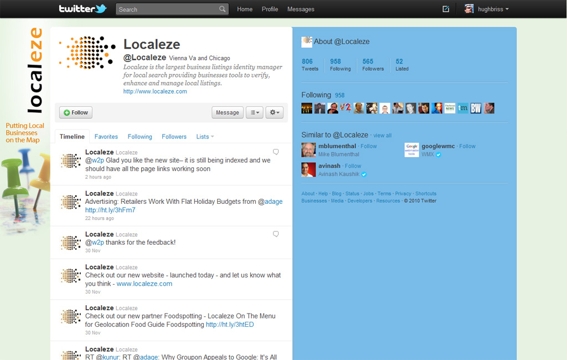 Even if you lack the Photoshop skills necessary to create a new design, several online options are available.

While I appreciate the features provided by the new layout, it does present some design challenges. And I doubt that many veteran Twitter users will actually transition away from preferred third-party apps back to Twitter itself.