Online marketplaces like Amazon and eBay allow Internet retailers to present products, market, and sell to potential customers that may have otherwise been difficult to acquire. In 2014, there many familiar and new marketplaces that may give ecommerce merchants new profit opportunities.

There are, perhaps, two ways that marketplaces can create a value for online sellers.

First, the most popular online marketplaces — Amazon and eBay — can deliver shoppers who have bypassed search engines or traditional advertising. These are the shoppers that go to marketplaces rather than to Google to search for products; given that Amazon may have nearly 100 million monthly site visitors, there are a fair number of these shoppers. Other marketplaces like Sears or Best Buy may also have the brand recognition to deliver these sorts of potential customers.

Marketplaces as a Sales Promotion Vehicle

When a merchant chooses to sell on a marketplace, there are a few things to consider. Marketplace selling should be viewed as a sales promotion vehicle.

Consider, however, that every ecommerce site has similar expenses, but that often these expenses are not considered on a per transaction basis. For example, every merchant must list and maintain products. Many, if not most, online sellers purchase pay-per-click advertising or pay someone for search-engine-optimization services or extensions. All of these promotional costs impact margins as much as marketplace selling fees or pricing.

It is also important to understand that not every product should be sold on every marketplace. Sellers should seek marketplaces that have relevant traffic for their products and prices. Some products might sell well on Amazon or eBay, but be a bust on Newegg. Similarly, there may be products that can be sold with good margins on Sears.com, but not on Rakuten. Pick and choose the proper marketplace.

Amazon Is the Premier Marketplace

Amazon is one of the original retail marketplaces, and it is still the premier site for third party sellers. The site offers fixed-price online sales for products in about 30 categories. Nearly any online merchant can offer products on the marketplace. And sellers should choose Amazon’s professional plan, means that sellers will pay $39.99 per month plus transaction fees. 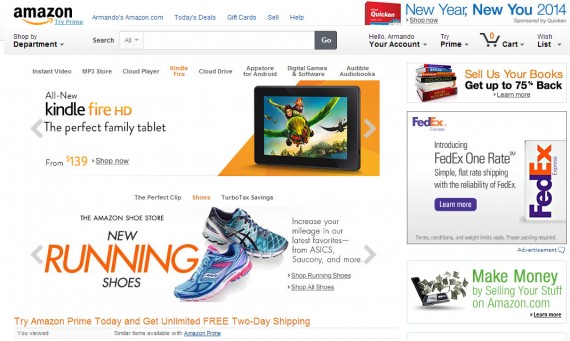 Amazon’s marketplace is the largest in terms of sales volume and products offered.

The Amazon marketplace, which has sites in the United States, Canada, the United Kingdom, Germany, France, Spain, Italy, China, and Japan, can be way to try out cross-border sales.

Amazon marketplace listings can be managed in Amazon’s Seller Central portal or via a third-party tool like ChannelAdvisor.

eBay Is the Auction Marketplace

Founded as a consumer-to-consumer auction site that allowed everyone to become an online buyer or seller, eBay is now an exceptional online marketplace for serious retailers. 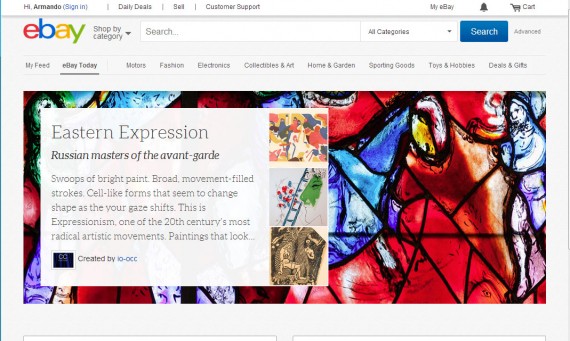 eBay is an exceptional marketplace option for many ecommerce merchants.

The site has a relatively low fee structure, lots of site traffic, and an international presence. Merchants can auction off new products or set fixed prices. It is even possible to offer configurable products, whereby shoppers may select a size or color.

Finally, eBay is also a good site for getting started with international sales.

Rakuten.com Shopping is the successor of Buy.com, an early ecommerce pioneer that had more than $100 million in ecommerce sales all the way back in 1998. 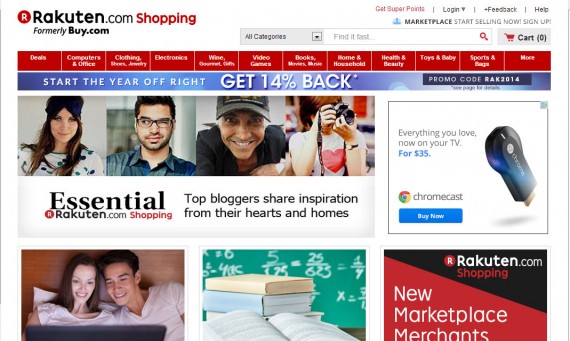 Rakuten.com Shopping is the successor of Buy.com.

This marketplace is very similar to Amazon in operation and how it is managed. For some products, merchants may be able to maintain a relatively higher margin on Rakuten.com than on some other marketplaces.

Rakuten.com is also the gateway, if you will, to selling on Best Buy’s online marketplace.

The Sears.com marketplace allows ecommerce businesses to take advantage of a retail brand that dates to 1893. Many American shoppers simply know name. 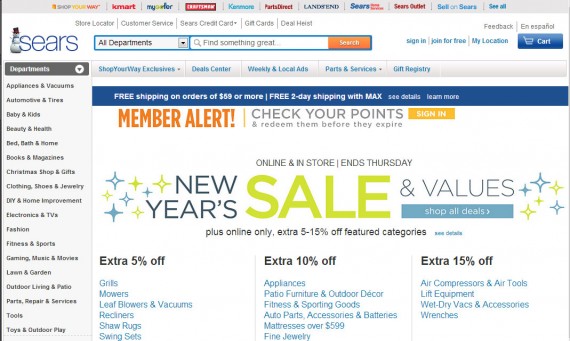 Sears is a familiar name for millions of consumers.

Although the marketplace will likely reach a different consumer segment, operationally it follows the Amazon and Rakuten model, making it a familiar choice for increasing incremental marketplace sales. Expect to pay $39.99 per month to list products, plus a commission of as much as 20 percent for high-margin items (like jewelry) or as low as 7 percent for low margin products (like electronics).

Newegg, which may have as many as 4 million monthly viewers and something like 22 million registered users, is, perhaps, best for products aimed at tech-savvy shoppers, since the site was originally for electronics, computer components, and similar products. Nonetheless, the marketplace has categories for everything from sporting goods to automotive products. 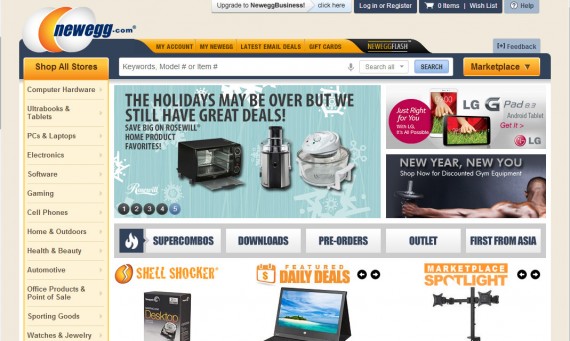 Newegg is best known for its focus on selling electronics.

Newegg approves merchants before allowing them to sell on its marketplace, where sellers can expect to pay commissions of between 8 and 14 percent.