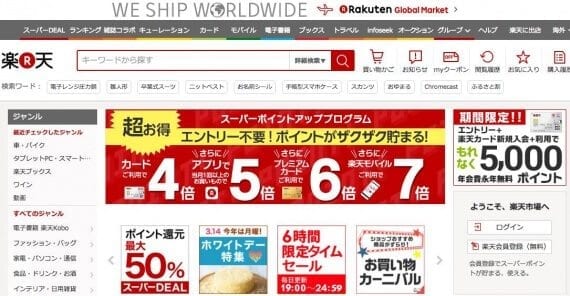 Amazon is no longer the world’s largest ecommerce site in terms of number of visitors. That position now belongs to Taobao, the online marketplace, from China. Ecommerce is growing quickly outside the U.S. With cross-border commerce becoming easier, merchants worldwide should understand different domestic markets, to determine how those markets affect them and benefit them, potentially.

This post, addressing Japan, is the first in a series that will provide an overview of ecommerce in various countries and regions around the world. To request coverage of a specific country or region, please leave a comment, below.

The ecommerce market in Japan has the following characteristics.

The three aforementioned sites are marketplaces; they allow third-party vendors to sell on them. The ease of setup and doing business varies among the sites. Amazon is the easiest to get started with, followed by Rakuten, and then Yahoo Japan Shopping.

The primary reason for this difference is the relatively elaborate process traditionally followed by Japanese companies for on-boarding new vendors. Amazon, with its roots in the U.S., offers relatively easier setup and on-boarding. Yahoo Japan Shopping is not part of the U.S.-based Yahoo. In the late 1990s, a Japanese company called Softbank purchased the site and the Yahoo name for use in Japan.

Rakuten has an extensive frequently-asked-questions section for on-boarding sellers.

There are companies that offer setup and on-boarding services to companies, to sell on these marketplaces. One approach for selling on Rakuten, for example, that has proved effective is to partner with an existing Rakuten vendor, one that is already authorized by Rakuten to sell products. The existing vendor just needs to procure products — outside of Rakuten — from the new seller. This is usually faster than the new seller working with Rakuten directly.

The three marketplaces also have in-house teams to support and educate vendors.

Approximately 80 percent of Japanese consumers shop online. Seven out of 10 Japanese consumers, for example, are registered on Rakuten’s site — approximately 95 million users. These numbers could tempt a foreign retailer or manufacturer to enter the Japanese market. Moreover, the average dollar value of an online order in Japan is significantly greater than in the U.S.

Credit cards are the most popular ecommerce payment method in Japan. But other payment methods — such as cash on delivery, convenience store payments, and bank transfers — are also popular. 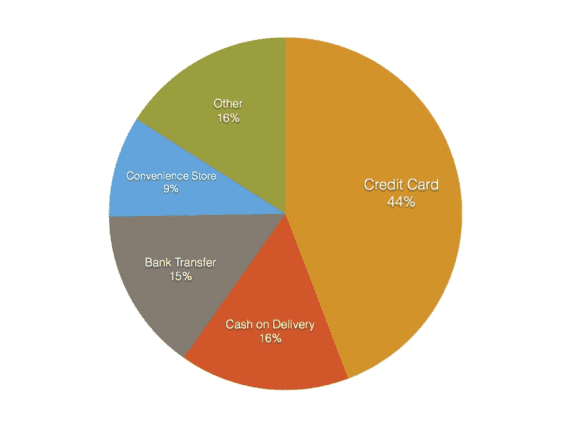 Payment methods vary depending on the type of customers. For example, a site with mainly teenage shoppers will need to support convenience store payments, as most teenagers do not have a bank account or credit cards.

Japan is a small country — smaller than the state of Montana. Hence shipping is fast. Most orders are delivered the same day or the next. If an order takes more than two days, customers expect an explanation from the merchant.

International shipments take longer, of course, and some Japanese ecommerce sites have a separate section for international shoppers, to display only the products that can be shipped to them.

Loyalty and Promotions Are Important

Promotions are important for Japanese online consumers. Almost everything is marked down to some extent to align with the culture of “getting a deal.” Some sites allow promotional codes to be used on top of already-marked-down products. Oftentimes, however, these “special” promotion codes are offered to loyal customers only.

Product returns are very low in Japan. This drastically reduces the operational costs for most sites. It also makes it easier to sell on the large marketplaces. Returns are so rare that some sites do not even have a return policy.

Japanese ecommerce sites have excellent customer service. An international retailer or manufacturer selling in Japan should ensure that it has Japanese-speaking customer service personnel, as 99 percent of residents speak only Japanese.

Some marketplace sites, like Rakuten, allow third-party sellers only if their customer-support personnel speaks Japanese.