South Korea is a hotly competitive ecommerce market. Consumers there often prefer marketplaces, such as 11street, shown above, as well as aggressive discounts and loyalty-reward programs.

South Korea is the seventh largest retail ecommerce market in the world and the third largest in Asia Pacific, after China and Japan. It boasts the fastest Internet speeds in the world, which drives one of the highest ecommerce penetration rates in Asia Pacific of close to 65 percent.

Ecommerce comprises roughly 10 percent of retail sales in the country. Two dominant ecommerce sites in the country are marketplaces: Gmarket and 11street. A third major site, Coupang, launched a marketplace recently that already has 25,000 sellers. Marketplaces, in other words, are popular in South Korea — like in Japan, which I profiled last month in “Ecommerce in Japan: Marketplaces Dominate.”

Ecommerce has grown significantly over the years in South Korea. Coupang is likely the fastest growing. The company is valued at $5 billion. It has raised $1.5 billion since its launch in 2010, making it the third most-funded startup, after Uber and Flipkart.

The largest ecommerce category in South Korea is travel-related products and services, followed by clothing and fashion, and then household goods. This is based on data from KOSTAT, a South Korean statistics and analysis service.

Roughly 64 percent of South Korean consumers use their smartphones to access the Internet. This has led to explosive growth for mobile commerce sales, which are expected to be approximately $15 billion in 2016. U.S. 2016 mobile commerce sales will be roughly $142 billion, according to Forrester. Coupang reportedly generates roughly 70 percent of its sales through smartphones. All major ecommerce companies in South Korea have apps and mobile websites. 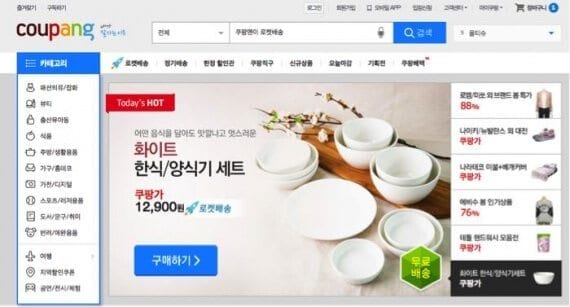 Ecommerce sites in Korea are relatively less cluttered, with less information density. Coupang is an example of this.

Ecommerce site designs in Korea are more like the U.S. with less information density. This is different from Japanese sites, where information density is preferred. Korean sites also cater to global customers and hence support multiple languages in many cases. Gmarket, for example, supports English and Chinese, in addition to Korean.

Heavy Use of Rewards and Discounting

Ecommerce sites in South Korea use discounting to drive traffic and gain market share. Coupang, for example, claims its diaper prices are the lowest in the country; Coupang is presumably subsidizing the price by investing marketing dollars. Gmarket offers discounts of 50 percent for first-time buyers. 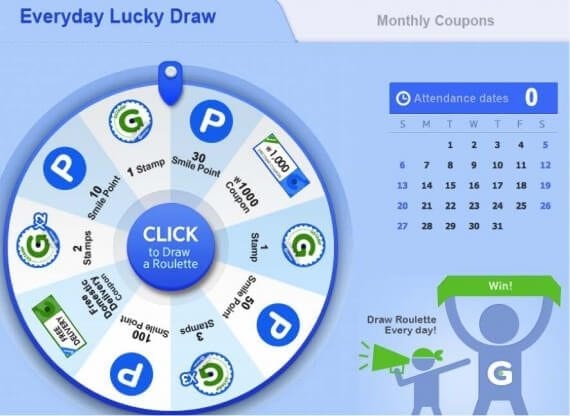 South Korean consumers heavily use credit cards for ecommerce. On average, South Korean households have roughly four cards. In addition to Visa and MasterCard, there are South Korean card brands, such as KB Kookmin, Shinhan, Samsung, and Hyundai.

Money transfers, such as wire transfers and electronic fund transfers, are another common form of ecommerce payments. Electronic wallets are used frequently for mobile commerce, as consumers often link the wallet to their credit card or bank accounts.

Similar to Japan, South Korea’s high population density and a small size mean faster deliveries. Coupang has built its own delivery system, RocketDelivery, that is known for same day delivery. It already has 14 warehouses and plans to grow to 21 by 2017, to make shipping even faster.

Gmarket also delivers quickly. But being a marketplace, it first gets the sellers to ship ordered products to Gmarket’s warehouse. Then it consolidates products from different sellers that are part of the same order into a single box and ships it to the customers. This process takes a couple of days, but the customers prefer it. Instead of receiving multiple boxes from the sellers that may not be packaged appropriately, customers receive just one box from Gmarket.

Customer Service Is a Differentiator

Traditional brick-and-mortar retail businesses in South Korea are not known for customer service. Ecommerce sites have taken advantage of this to grow their business. Coupang, for example, set up its business from the start around customer service. Its delivery service staff acts as brand ambassadors by handing out product samples and handwritten thank you notes. This is also one of the big reasons for Coupang’s huge growth in the South Korean market, even though its 2010 launch was much later than Gmarket (2000) and 11street (2008) .

Becoming a Seller in South Korea

South Korea is a big, competitive ecommerce market. Multiple, competing sellers often sell the same products. To lure customers, these sellers often greatly discount the product price to capture market share. Some even sell products at a loss for that reason. Ecommerce retailers that are considering selling in South Korean should first carefully assess if their product is unique enough, versus existing offerings.

See the next installment in Gagan Mehra’s ecommerce-around-the-world series, at “Ecommerce in Australia: Cross-border Shopping Common.”