The final tally for the November holidays is in. Adobe Digital reported that Thanksgiving Day through Cyber Monday online spending at American ecommerce sites reached $11 billion, a 15 percent increase from 2014. Consumers outside of the United States contributed a small but growing percentage of sales, especially on Black Friday.

While international sales comprise less than 1 percent of total holiday sales by U.S. companies, cross border interest is growing. On Black Friday, Chinese consumers bought 38 percent more from American ecommerce merchants than they did in 2014, according to Pitney Bowes. On Cyber Monday, Chinese purchases increased 78 percent in value over 2014. Over the five-day holiday period, Chinese consumers spent an estimated $55 million at U.S. ecommerce sites.

Canadians purchased only 3 percent more at U.S. sites than they did in 2014. Despite the sluggish growth, Canada is still the largest online international market for American goods.

Other countries have their own year-end holidays and American online sellers can benefit from the increased willingness of foreign shoppers to buy online cross border if merchants offer enticing discounts.

Boxing Day, a national holiday celebrated on December 26 in the U.K., Canada, and Australia, is often when the biggest sales are offered both online and at physical stores. Amazon’s U.K. site last year started Boxing Day sales on Christmas Day. Nevertheless, in 2014, Black Friday replaced Boxing Day as the biggest online shopping day in the U.K. with Amazon leading the way.

Shoppers in the U.K. increased their spending by a robust 37 percent on Black Friday. Amazon U.K. reported Black Friday 2015 was its biggest sales day ever with more than six million items ordered. This is particularly remarkable because Black Friday was not introduced into the U.K. until 2010. Sales at brick-and-mortar stores were sluggish, just as they were in the U.S.

China has “Singles Day,” better known as Double Eleven because it falls on November 11. It reportedly began on November 11, 1993, started by single students looking for a reason to buy themselves presents and counter Valentine’s Day. The holiday really took off in 2009 when Alibaba, the Chinese ecommerce giant, made Singles Day an online sales day. 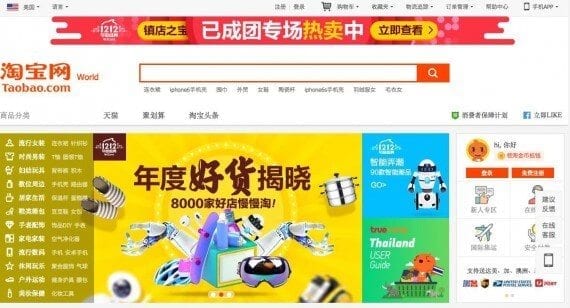 Taobao is one of two huge shopping platforms from Alibaba that recorded, collectively, $1 billion in sales in the first eight minutes of Nov. 11, 2015.

While Alibaba controls over 80 percent of ecommerce in China and garnered a majority of sales, other shopping platforms such as JD.com and JuMei also participated. American-based brands such as Nike and Apple got in on the action via the shopping platforms.

Canada and the U.K. are the easiest for U.S. merchants to target as there is little need for localization. However, the U.S. dollar has risen against the Canadian dollar for the last five years; it is now worth $1.36 Canadian. This likely contributed to the flat holiday sales thus far in 2015. Still, American ecommerce merchants can sell to Canadian consumers with little extra effort. The British pound has remained strong against the U.S. dollar and the British are keen to buy American goods.

For sales in China, some of the top U.S. brands have abandoned their own websites and joined one of the Chinese platforms because of the marketing clout these platforms possess. While this works for large companies, it is too expensive for smaller ecommerce merchants or brands.

For example, Tmall Global — specifically for companies with no local Chinese physical presence — targets companies that have been operating for more than two years with annual sales over $10 million. Registration on Tmall requires a one-time security deposit of $25,000 plus an annual fee of $5,000, plus a commission fee ranging from 0.5 to 5 percent per sale, depending on the product category.

After signing up on Tmall Global, the foreign company must open an Alipay account to be able to receive payment. There is a 1 percent service fee for each transaction.

Until a few months ago, Tmall Global had little competition. But in April, JD.com, China’s second biggest ecommerce player, launched its own global ecommerce platform, JD Worldwide. It includes a partnership with Ebay that will allow selected vendors on the Ebay site to sell directly to Chinese consumers. JD Worldwide features both direct sales and marketplace channels. 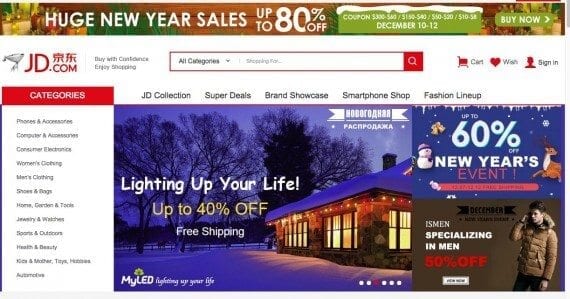 JD.com now partners with Ebay to allow selected vendors on the Ebay site to sell directly to Chinese consumers.

If smaller American merchants want to target from their own websites Chinese consumers, it’s helpful to have a Chinese language version. But many Chinese are comfortable maneuvering around an English language site. In addition, some Chinese citizens who purchase frequently from U.S. merchants have relationships with U.S. warehouses that specialize in shipping to China. They direct merchants to send purchased goods to the warehouse, much like a rented post office box. Once packages arrive, boxes can be combined and the Chinese buyer is notified and the box is shipped to China for a fee.

Borderfree, a division of Pitney Bowes, also provides a solution. Borderfree allows merchants to greet customers in their own language and provide local pricing and local shipping services.

As for payments, in October 2014, Alipay launched ePass, a program that helps foreign sellers with currency exchange, customs, and shipping logistics. Ecommerce merchants simply install it via an API on their websites. Borderfree now has a partnership with Alipay ePass, further simplifying the payment process.

In short, over the past two years it has become much easier for American ecommerce sellers to reach Chinese consumers eager to buy American products. Merchants can take advantage of the opportunity to reach this immense market, particularly during the holiday season.