In last week’s article, “Using Facebook’s New App Icons to Promote Your Business,” I discussed how to modify Facebook Page app icons, which are located just beneath the cover image.

The first icon that appears in the row of four is “Photos.” It cannot be moved from this first position, even if merchants want to replace it with a custom app icon, such as a welcome tab or special offers tab.

Due to the location, it’s likely the Photos icon, which links to the “Photo Albums” section of the page, will receive many clicks. It’s best, therefore, to maximize the use of Photo Albums to drive website traffic and encourage sales.

This article discusses how to use the Photo Albums component and presents six ideas for increasing their marketing effectiveness.

How to Use Photo Albums

When clicked, the Photos icon links to the Photo Albums section of the Facebook page. Three albums are included by default: “Profile Photos,” “Cover Photos” and “Wall Photos.” Beyond that, you can add as many albums as you wish. Here’s how the process works.

Click the “Add Photos” button to create a photo album.

Another way to create photo albums is by posting photos directly through the status update interface located on Timeline. You can see from the screen shot below that Facebook gives you the ability to upload both individual photos or create photo albums. Using either approach, the process as described above remains the same.

Keep in mind that, once published, photo albums appear on Timeline. The image that has been selected as the “cover” for the album is showcased as the largest, accompanied by thumbnails of three other images. 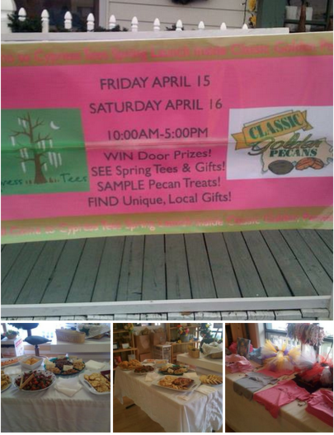 Photo album as it appears in Timeline.

Now that your new album is set up, it’s time to edit the individual photos. This can be done in one of two ways: from the album view or on photos individually.

Facebook provides several options for adding information to each photo while still in the album view. 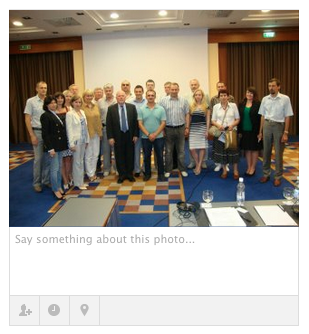 Photo as it appears in the album view.

Once the album has been created, you can now click on each photo to add information if you had not already done so in the album view.

Click on one of the photos in the album. This will open a “lightbox” viewer that reveals a larger version of the photo, along with a sidebar column that allows you to add a description, tag the photo, and add date and location information.

You will also notice that each photo carries with it the ability for users to “Like,” “Comment” and “Share” the image. Other options include the ability to download the image, delete it and show a full-screen version.

This lightbox interface also acts as sort of a slideshow, enabling viewers to scroll back and forth from one photo to another without being required to go back to the photo album.

Facebook provides its own set of best practices for using photos in a marketing context:

The “Photos” icon is prominent on the Facebook page. Maximize its value through the use of images that tell the story of your company, not only in terms of what products you sell, but who it is in terms of the company culture. This allows fans to become familiar with both the products and people that sell them.

Next week, I will feature examples of 10 small businesses that are using photo albums to their best advantage.