Obtaining a loan from a bank to launch that dream ecommerce business can be difficult. But, fortunately there are new funding sources sprouting up that target this niche. “Financing for Ecommerce” is our occasional series on identifying companies that lend to, or invest in, ecommerce businesses.

In this installment, we’ll look at ProFounder.com, a Los Angeles, Calif.-based money raising platform. ProFounder is part of a new trend of web-based companies that utilize crowd-sourced fundraising or “crowdfunding,” raising money online through an entrepreneur’s community and the public at large, in small increments over a period of time set by an entrepreneur. ProFounder’s model is similar to that of Kiva.org, a microlending hub for small entrepreneurs in poverty-stricken third world countries. Other companies like Kickstarter.com, RocketHub.com and Prosper.com have been using a similar financing concepts for individuals and businesses. 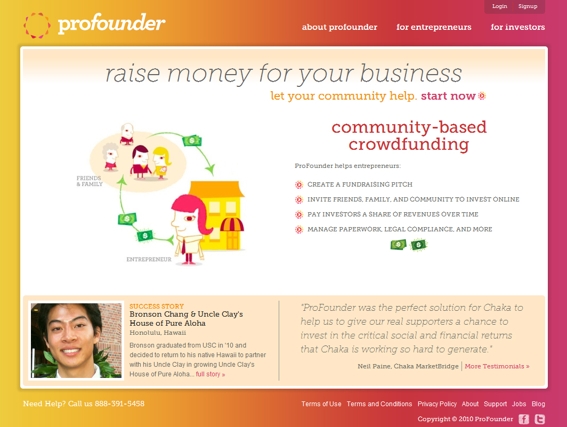 ProFounder was launched in August 2010 by Jessica Jackley — she previously help start Kiva.org — and partner Dana Mauriello. They were joined by a team of professionals involved in lending and technology, as well as entrepreneur startup and branding consultants.

We spoke with Jackley, who is now ProFounder’s chief executive officer. According to U.S. SEC filings, ProFounder has raised $275,000 in debt funding. Those funds have helped ProFounder create an infrastructure, hire staff and fund other related start-up costs.

Separately, ProFounder has, to date, helped raise approximately $165,000 for six entrepreneurial projects through the participation of 115 private investors.

Crowdfunding is short for “crowd sourced fundraising.” Jackley says that it is a model of fundraising that facilitates an individual entrepreneur to tap into his or her own community of friends and family for capital. This method, Jackley says, allows the risk of starting a new business and the cost of doing so to be spread out among a group of people, instead of one or just a few individuals.

She also says that crowdfunding allows for entrepreneurs looking to start up a new company to cut out traditional forms of lending from banks and venture capitalists.

How It Works for Entrepreneurs

ProFounder is for U.S.-based for-profit businesses to attract domestic and international investors. Depending on the state laws that a business is based out of, the number of investors is capped, Jackley says. According to ProFounder’s website, on average, this is about 35 open investor slots per fundraising round.

Once an entrepreneur has set up a profile on the ProFounder website with a specific financial goal, he or she can choose to begin fundraising via a public round, a private round or both. The public and private rounds are limited to 30 days and once the financial goal has been set, it cannot be changed during the course of fundraising.

After a public or private round has completed, entrepreneurs are welcomed to start a new round with a new financial goal that they are confident can be reached. This process can be repeated over 12 months and/or until a maximum of $1 million is raised, says Jackley.

According to ProFounder’s website, if the fundraising goal — in either public or private rounds — is not met within the 30 day limit, the money that has been pledged is not received by the entrepreneur. Those funds are instead returned to the investors.

However, Jackley states that entrepreneurs can immediately start a new fundraising round and try to reach a new, smaller financial goal. 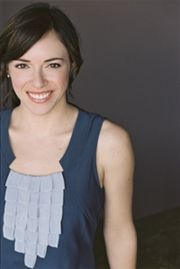 The Cost for Entrepreneurs

ProFounder charges $100 to begin a pledge drive, publicly or privately. For any successful round of fundraising, ProFounder then charges an additional 5 percent of any capital raised during a public round and a flat $1,000 fee for a private round.

There are no other ProFounder fees, but according to ProFounder’s website some states require additional filing fees to start a new business which can range between $50 and $400.

How It Works for Investors

Jackley says that one of the benefits of investing in a company through ProFounder is that investors do not need to be “accredited” — a legal term for wealthy investors — or financially sophisticated. Professional investors are welcome, but anyone can invest in the public or private fundraising rounds.

The difference between public and private fundraising rounds is simple and involves methods of investor pay out, says Jackley.

Once a private round completes, the fundraising goal is reached and a business launches. A percentage of the business’s revenue is then shared with the investors over a set period of time (percentage and timeframe are set up by the entrepreneur, but timeframe cannot be longer than 5 years). In a private round, there is no limit to the amount of money an investor can receive during the predetermined timeframe.

A public round differs only in that entrepreneurs share revenue with the investors solely over a set period of time until each original investment is paid back, without interest. Investors in public rounds do it for altruistic reasons, knowing they are helping small businesses launch.

The Risk to Investors

Since both private and public investors receive a percentage of revenue — not a fixed interest rate or a fix ownership level — the “investment” is much closer to a donation, with a gamble that the money invested might be paid back if the business becomes successful enough to ever have revenue.

For entrepreneurs who want to terminate an investment early, ProFounder’s website states that the “entrepreneur has the ability to exit a commitment early by repaying investors twice the original investment amount,” but that this is a voluntary option and occurs outside of the ProFounder terms.

And say a company does, in fact, launch and the revenue sharing takes place. Although the timeline of revenue sharing is five years, this is not a guarantee that during the course of those five years the investment will be paid back. Instead, it’s merely a window of potential that an entrepreneur is obligated to pay the investment back if the business generates revenue high enough to do so.