How Authors, Entertainers Are Selling Their Content Online; 9 Examples

Whether through online video, audio, or ebooks, entertainers and authors are finding new access to audiences. In many cases, it’s at the expense of established distribution channels.

Here is a list of entertainers and authors who have found success in the shift to online media. Some embrace traditional content delivery (e.g., television), while others have opted for the Internet, which may prove to be more disruptive. 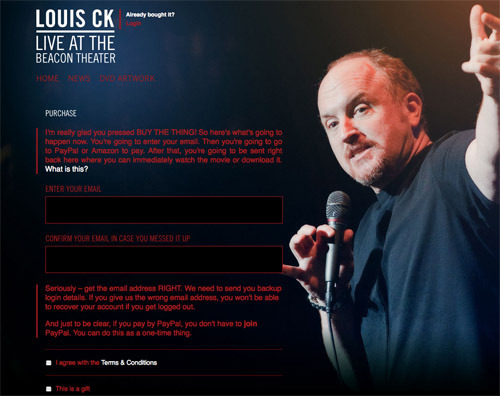 In December, comedian Louis C.K. released his self-produced and self-funded stand-up special, “Live at the Beacon Theater,” as a $5 download from his website. Produced for $250,000, “Live at the Beacon Theater” sold more than 220,000 downloads and grossed over $1 million in 12 days, enough for the comedian to give $250,000 in bonuses to his crew and donate $280,000 to charities.

The special was distributed without digital rights management (DRM) protection or regional restrictions, making it easy to share or pirate. “Against well-informed advice,” said C.K. on his website, “I want it to be easy for people to watch and enjoy this video in any way they want without “corporate” restrictions. Please bear in mind that I am not a company or a corporation. I’m just some guy. I paid for the production and posting of this video with my own money. I would like to be able to post more material to the fans in this way, which makes it cheaper for the buyer and more pleasant for me.” 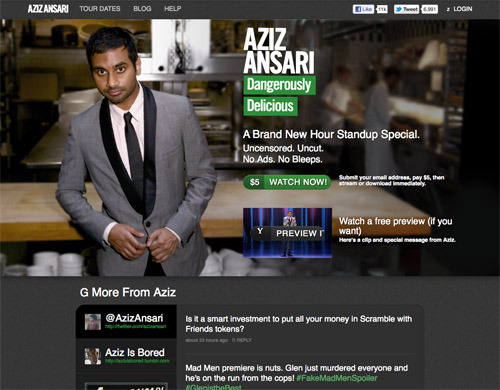 Aziz Ansari and Jim Gaffigan are two comedians following the success of Louie C.K. Aziz Ansari, best know for his role on NBC’s “Parks and Recreation,” released his special, “Dangerously Delicious,” from his website last week. Viewers can download or stream the special for $5. Using the hashtag #DangerouslyDelicious, Ansari announced the special on Twitter and has relied on his fans to retweet the news.

Comedian Jim Gaffigan’s special, “Mr. Universe,” will be available for download via his website on April 11th. The download will cost $5, with $1 from each download going to a nonprofit foundation. Gaffigan writes on his website, “I am incredibly motivated by the courage of Louie to offer his fans direct access for a low price. Buyers of my special can be assured that their money will go directly to feeding and raising my four children instead of a giant corporation.” 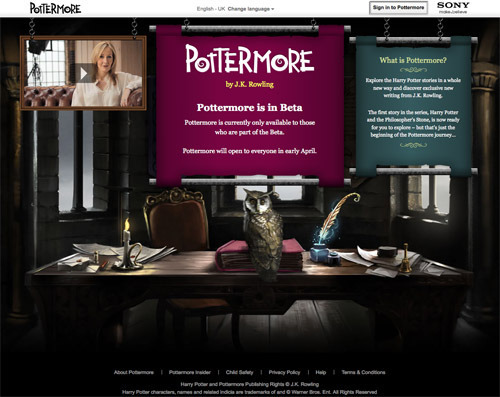 Pottermore is a site from author J.K. Rowling, for her Harry Potter books. In addition to exploring the online experience, readers can purchase Harry Potter ebooks free of DRM protection, so consumers can move and share the books between devices. If successful, the move could be the first disruption to ebook sellers Amazon, Apple and Barnes & Noble, and their closed-system readers — Kindle, iPad and Nook. Currently the site is in beta. It will be open to everyone in early April. 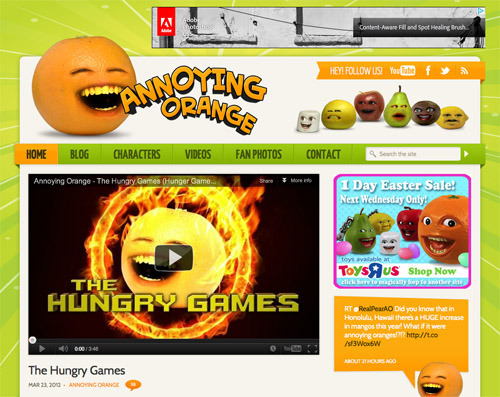 Annoying Orange is a popular web series that features talking fruit. Created by Dane Boedigheimer in 2009, the series currently has over 1 billion channel views and 2.3 million subscribers on YouTube. Teamed with management and production company The Collective, Annoying Orange has sold toys and clothing with partners J.C. Penney, Shopko, Rue 21, toymaker The Bridge Direct.

This year an Annoying Orange show will be on Cartoon Network. However, a television presence is just a bonus, rather than a necessity. According to Michael Green, CEO and founder of The Collective, “We currently have a stand alone, fully-scaled business online for The Annoying Orange. And our partnership with Cartoon Network will just provide another layer of exposure.” 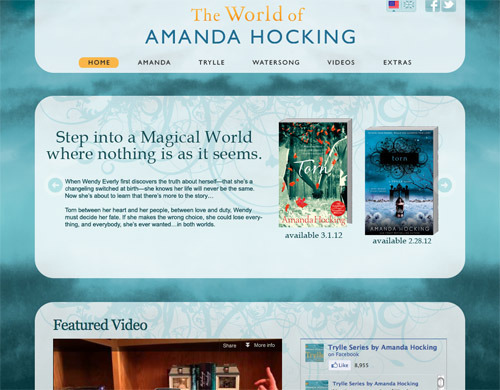 By 2010, Amanda Hocking had written 17 novels — every one rejected by book agents and traditional publishers. Then she decided to offer her books on Amazon. Within two years, she sold 1.5 million books and made $2.5 million.

While Hocking is an example of the tremendous strength of ebook sales, traditional publishers are hardly down for the count. Hocking has recently signed, for $2.1 million, with St Martin’s Press in the U.S. and Pan Macmillan in the U.K. In January, her Trylle trilogy was released in paperback. The movie rights already have been sold. 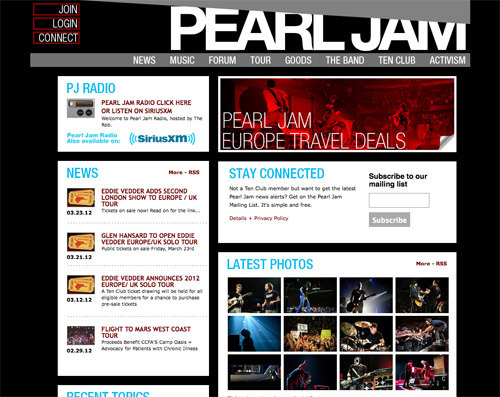 Rock band Pearl Jam offers recordings of tour concerts from the band’s website. The digital recordings are high-resolution files released without DRM protection, so that fans can burn them to disc, transfer them to MP3 players, or play them from their hard drives.

The series was initially launched on the band’s 2000 world tour in an effort to provide fans with high-quality, affordable live shows. Since the program’s inception, over 3.5 million recordings have been sold. In addition, the band’s Ten Club fan club offers streaming Pearl Jam music, as well as a forum, special recordings and exclusive content. 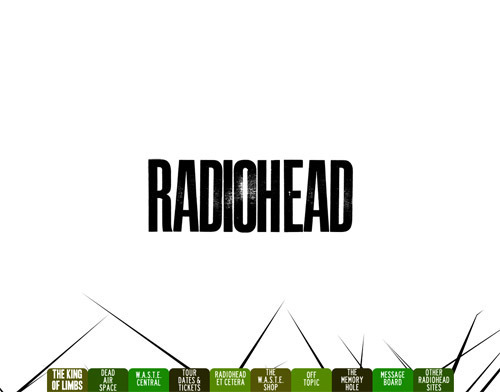 In 2007, Radiohead broke with its longtime record label, EMI, and released the band’s seventh album, “In Rainbows,” through the band’s website. The download was offered for whatever payment amount customers deemed appropriate, including nothing at all. The album reached 1.2 million downloads in the first two days. 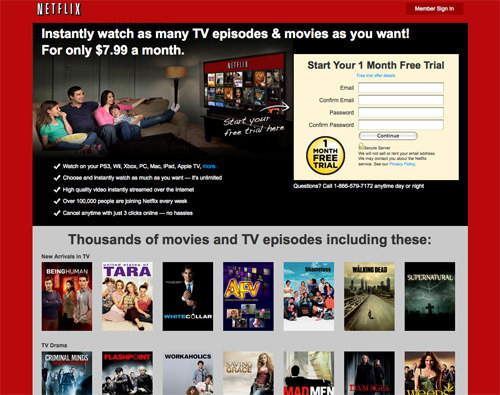 Netflix announced its first original series, the David Fincher-produced “House of Cards,” last year. In February, it launched its exclusive “Lillyhammer,” releasing all eight episodes at launch. By the middle of 2013, the company will have five original series for streaming, according to Ted Sarandos, chief content officer.

Netflix’s push for original online content comes as it faces higher rates from studios and established content owners, as well as competing streaming and subscription services from Verizon.