How LinkedIn Makes Money; Behind the IPO Numbers

In May, LinkedIn went public. To much fanfare, the business-oriented social networking site sold common shares at $45 each, for a total offering of $352.8 million and an overall valuation — public and private shares — of $4.3 billion. It was the biggest Internet initial public offering since Google went public in 2004. At one point on opening day, a share was trading at over $94, bringing back wistful memories of the dotcom boom of the late 1990s. At the end of the day, the company was worth $8.9 billion. In comparison, Facebook, the world’s largest social network, but still a private company, may be worth $94 billion if it went public in the near future, according to published reports. 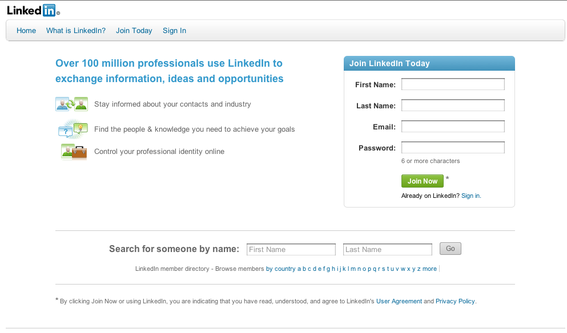 Encouraging to Other Internet Companies?

Wall Street analysts, venture capitalists, and private technology companies were all carefully watching LinkedIn’s debut into the world of public ownership. Over the last few years, there have been few high-profile technology filings and a good deal of uncertainly existed about how such an IPO would be received by investors. Several other social media firms, notably Facebook and Groupon, are considering IPOs and LinkedIn’s strong showing should encourage them.

LinkedIn is the business counterpart of the more raucous and popular Facebook — over 500 million users — and the now fading MySpace. You will not be bumping into Fans of Justin Bieber or Kim Kardashian on LinkedIn. It focuses on business professionals who wish to find business contacts, potential clients or employees, or job leads. The company considers its exclusive focus on professionals a key competitive advantage, eliminating the distractions of sites that cater to teenagers as well as adults. LinkedIn accommodates both personal and corporate profiles.

Established in 2003, California-based LinkedIn was the idea of Reid Hoffman, the founder of SocialNet.com, a now defunct online dating site, and a former PayPal executive. He became LinkedIn’s first CEO and was joined by several other executives from PayPal and SocialNet.com. At the start, Hoffman personally bankrolled the company. All of the original founders have left LinkedIn, although Hoffman remains executive chairman. The current CEO is Jeff Weiner, who once ran Yahoo’s Network division.

The company did not turn a profit until 2010 when net revenue was $243.1 million. That compares with $29.3 billion for Google. Facebook reportedly took in about $2 billion in revenues in 2010, with $1.86 billion coming from advertising sales, according to eMarketer, the research and publishing firm. MySpace, owned by Rupert Murdoch’s News Corporation, had advertising revenues of $288 million in 2010, an estimate also provided by eMarketer.

LinkedIn’s revenues come from three sources: user subscriptions, fees for display and text ads, and hiring solutions. The largest share comes from hiring solutions. While a basic membership is free, LinkedIn offers a variety of premium services to users such as enhanced search and more direct communications capabilities. In its IPO prospectus — available from the Securities and Exchange Commission — LinkedIn reported that as of March 31, 2011, nearly 4,800 companies used its hiring solutions, including 73 of the Fortune 100. Called “LinkedIn Corporate Solutions,” the hiring solutions allow companies to identify job candidates based on industry, job function, geography, experience, and education. The prospectus states, “Our proprietary platform is designed to leverage viral actions, social media, trusted recommendations and our rich user-generated data to efficiently connect members, enterprises and professional organizations to relevant products and services.”

LinkedIn employs a field sales force to sell its hiring and marketing solutions. Largely as a result of the cost of maintaining this global sales force, LinkedIn’s profit margin is 7.8 percent compared with 26.8 percent for Google.

The company reports more than 100 million registered users in more than 200 countries. The site is available in English, French, German, Italian, Portuguese, and Spanish. The company reported that — as of January 2011 — over 50 percent of its members resided outside of the United States. The member base includes executives from all the companies in the 2010 Fortune 500. Currently, one million new members join LinkedIn each week.

Competitors with similar business models include Xing, a German-based company founded in 2003 with almost 11 million users in over 200 countries including the United States. Viadeo, headquartered in France, was founded in 2004 and has over 35 million registered users. It has an English language site but is not well known in the United States. Fast Pitch is an American company that focuses on small business owners and sales professionals.

While large companies find LinkedIn useful, it may be of even greater value to smaller businesses that can use the platform as follows.

The future holds risks for LinkedIn. Fortune 500 firms, especially those that sell to consumers, are embracing Facebook for brand-building and marketing purposes, and Twitter for communication and advertising. To stay competitive, LinkedIn must continue to increase its membership and provide new features and services. It has the advantage of possessing an affluent and well-educated membership base. Both LinkedIn and Facebook collect huge amounts of data from users and how they handle the privacy issues surrounding the data will affect their futures. Also, Wall Street might have been a bit too exuberant. By June 21, the stock was trading at a bit less than $68, losing more than 25 percent of its first day value.