How to Determine Email Frequency, for Maximum Revenue

I am frequently asked by ecommerce merchants, “How often should I be sending emails?” I nearly always give the same response, “It depends.”

In fact, most ecommerce merchants could benefit from sending more emails. In this article, I’ll offer four tips for optimizing your email frequency.

What You Think Is Too Much Is Likely Not Enough

The Return Path study looked at 600,000 email inboxes. Its principle finding was that subscribers who received three emails a week instead of two open 43 percent more emails in aggregate, and produce a similar increase in revenue.

In other words, the more emails an individual received from one company, the more she opened from that sender. If you are sending only one or two emails per week to your subscribers, consider increasing to four or five. 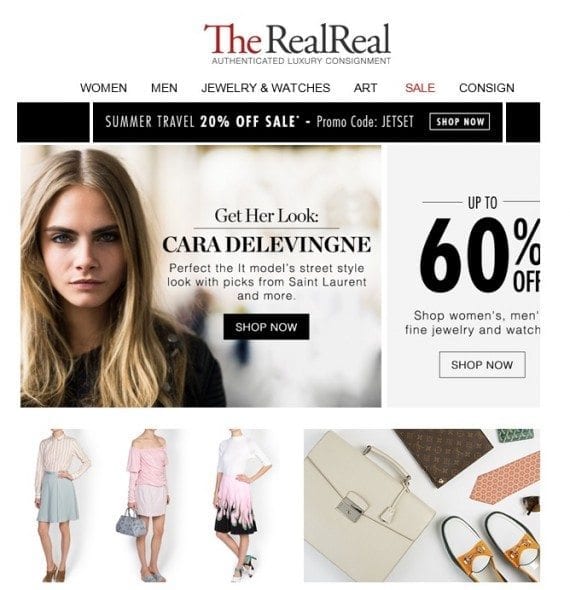 The RealReal, a consignment retailer, sends roughly five emails a week to its subscribers, a comfortable frequency that is not overbearing.

Include Triggered and Transactional Emails in Frequency Count

Your best customers are likely getting more emails from you than infrequent buyers. Frequent customers likely receive:

Include these transactional emails in your overall frequency strategy. Consider a limit on the number of emails one individual receives from your company. It could be one per day, or one every two days. Transactional emails typically receive high open and click rates. So don’t worry if your best customers receive a transaction email, rather than a promotional one. Likely more of them opened the transactional email versus those who received the promotion.

Industries often have their own unique email sending patterns. It all relates to what makes the most sense for your subscribers. Look at a few competitors to see what their current email patterns are. It may help understand your customers’ frequency tolerance — what they are used to receiving from companies similar to yours.

The best way to make sure your email frequency formula is correct — i.e., optimizing traffic and revenue without materially increasing unsubscribes — is to monitor and benchmark your metrics. Here are some guidelines.

Once you see the revenue-per-email-deployed number start to dramatically decrease, consider easing up on sending more, unless that number remains profitable for your company.