Recently, ICANN announced the expansion of “top level domain names,” which are the suffixes such as .com and .net. We asked Jason Keenan, Media Advisor with ICANN, how this top level domain expansion will work.

PeC: ICANN has recently approved changes in the issuance of top level domains, such as .com, .net and so forth. Can you tell us about those? 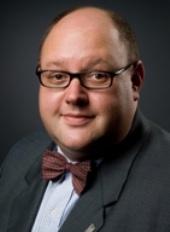 Keenan: ICANN is getting ready to open a new application and approval process for new generic top level domains (gTLDs) in the second quarter of 2009. This will allow for the creation of new Internet extensions — the part of the domain name that comes after the dot.

PeC: Why did ICANN do this?

Keenan: Since it was created in 1998, ICANN’s mandate has been to foster competition in the domain name market. It’s why we have has two previous application rounds that say new gTLDs like .asia and .mobi create. This time, we’re aiming to design a process that will be used now and in the future.

ICANN has a multi-stakeholder policy development process that served as the foundation for the process design. It involved consultation with domain name industry, trade mark attorneys, the business sector, users, governments and technicians.

PeC: Who will issue these new top level domains?

Keenan: ICANN will be issuing domains based on the applications received.

PeC: What will the process be to obtain one? Will it be similar to locating a domain from a current domain registrar?

Keenan: Very hard to say at this point what the people running these new registries will charge. But a best guess is that to be competitive, they would be priced in the same range as current registrations.

Bear in mind that to obtain a new top level domain name, one must first
become a registry – which is the expansion ICANN is developing. At present, the best guess for the one-time application fee is between $100,000 and $500,000. It is the registries that determine who gets access to that particular top level domain.