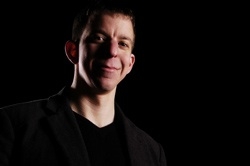 In May 2007, Facebook “opened up” its platform to third-party developers who can build “applications” and “widgets” that appear on Facebook itself. One such developer is Nicholas O’Neill, who not only writes custom Facebook applications but also blogs on everything Facebook, at Allfacebook.com. We asked O’Neill to explain the Facebook marketing potential to us.

PeC:Is an application the same thing as a widget?

O’NEILL: Applications and widgets are extremely similar. A widget is a self-contained unit of content that can be distributed to multiple locations (blogs, other social networking sites and other websites) across the web without changing the design, structure or format. Currently, Facebook applications cannot be easily distributed across the web. The primary benefit of Facebook applications is that they can provide users with a more robust interactive experience.

PeC: Say I sell cooking supplies from an ecommerce site. How can a Facebook application help my business?

Currently there are the following ways to promote your business within Facebook:

If you are looking to grow your ecommerce website’s exposure on Facebook, applications are only one way to do it. I highly recommend testing out Facebook SocialAds prior to making any significant investment in developing a Facebook application.

PeC: What is the programming code for developing widgets and Facebook applications?

O’NEILL: You can program widgets and Facebook applications in pretty much any program language. The primary languages that I’ve seen them developed with are PHP, .NET and Ruby on Rails. Facebook has provided developers with the libraries for .NET and PHP.

PeC: Do any other social networking sites use similar widgets or applications?

O’NEILL: MySpace has had widgets prior to MySpace officially supporting them. Friendster has launched both a widget and application API. Google’s OpenSocial project should help developers rapidly deploy applications across multiple social networks but don’t expect that to happen anytime soon. It will be a few months before Google is ready to go.

PeC: If you owned an ecommerce site, would you use Facebook applications, and how?

O’NEILL: I would definitely use it to promote my products. I know a number of individuals who are selling thousands of products through affiliate programs. One example of an application that is generating high sales volume is Visual Bookshelf, which provides a method for Facebook users to show, on their Facebook pages, the books they are reading. This is an expression of identity for these users to show books that they are interested in. But, each of these book’s titles link back to Amazon, which generates sales to Amazon and affiliate commissions to Visual Bookshelf.