“Lessons Learned” is an occasional series in which we ask ecommerce business owners to share their experiences, good and bad. For this installment, we visited with Andrew Casey, founder and CEO of 877MyJuicer.com, a Del Mar, Calif.-based seller of juicers and other health-related and kitchen products. 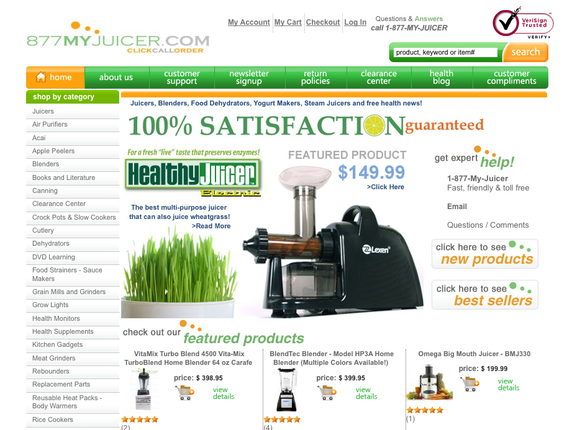 Casey is a serial entrepreneur. He started his first business in high school and sold it in college. Four years later, in 2004, he started selling juicers on eBay, and that business evolved into 877MyJuicer.com, with the goal of enabling healthy lifestyles. Fast forward to 2010 and the company records gross revenue of over $1 million, and sells products on its own ecommerce site, as well as on eBay and Amazon. The company carries inventory and, also, drop ships selected products.

Like most entrepreneurs, Casey has faced a few challenges and learned some valuable lessons along the way, including how to adapt to change. When he’s not running 877MyJuicer.com, he consults with other ecommerce merchants. He shares many of his ecommerce experiences with us below. 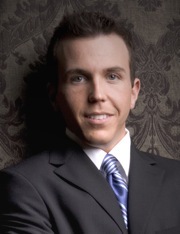 “We have been through a total of four platform changes in the last six years. We started with osCommerce in the very beginning. It was a cheap [i.e., open source] and an easy way to get started. We quickly grew out of this, as we needed a good way to organize sales from all of our sales channels, such as eBay, Amazon and direct from the site. We then moved to Zoovy, a hosted platform that offered all of the goodies, which helped us tremendously, as our business doubled.

“We then realized that we needed to make customizations to the core code. Many hosted platforms aren’t able to be customized since it would change the way the system would work for the thousands of other clients. We went to a local developer who was able to get us closer to that dream; we were on that platform for a year. Finally, our fourth was Magento. Hopefully this is a solution that will grow with us for the next five years or so.

“After going through tons of different platforms and choices we finally chose Magento because of its highly flexible platform, which will allow us to do anything we can dream up. Another major factor in choosing this platform was that we knew if a developer we hired wasn’t living up to their commitments, there were plenty of others chomping at the bit to work with us. We are now never tied to one development team, which gives us a lot of power. There are definitely challenges with Magento, but I am bullish that fixes will continue to come out. I absolutely love the fact that it is open source and is being tweaked by thousands of passionate people.

“My suggestion to those who are considering a platform change is to really search out previous clients and ask them about how their development team did, including the good, bad and ugly. Don’t just take the referrals that they give you. Try and scout out others that have used them by doing a quick Google search. It will save you a lot of heartache.”

“One of the biggest headaches of any platform is being able to tie all of your vendors together into an easily managed backend. If you are drop shipping, it’s crucial to get all the pieces of the order directed to the right vendors, all while letting customers have the visibility they want throughout the process. We were fortunate enough to stumble upon one of the best developers I have ever worked with, Boris Gurvich from Unirgy. He helped us with an incredibly robust extension that would handle our multiple vendors, allowing the vendor itself to manage each order within our system and use our central UPS account.

“At the end of the day, customers don’t care what is going on in the background or how complicated it is, they just want their tracking numbers in their email.”

ListenListen to Andrew Casey discuss his early interest in computers, and his launching of 877MyJuicer.com.

“We used to outsource our PPC management, but the quality just wasn’t there. Nobody knows your product better than you and your team. In niche specialty sites like ours, it’s more crucial that you have people (including customer service reps) that know exactly what they are talking about. I imagine that, for more general products, a third party, outsourced shop would work well, though.

“We stopped our email newsletter last year; shame on us. This is something that did work decently well for us. But our human bandwidth was tapped.

“We used to be heavy in the shopping networks, such as BizRate, Shopping.com, and NexTag. When we were competing solely on price (in the beginning), it worked very well for us. However, as we began to protect our margins, those avenues didn’t work nearly as well. We then began using Google AdWords.

“Our big investment is SEO right now. Our SEO management is a 50/50 split of in-house and outsourced. We use certain firms for some of the more mundane pieces that are involved in SEO.”

“We are not currently active in social media. We were about four years ago in the MySpace days; but I think we were a little early. However, it is on our roadmap and I am quite bullish on its long term potential.”

“We have been working with buySAFE [the provider of safe-shopping products] for around five years. We were beta testers of the buySAFE bonding program. It has helped our conversions.”

“These economic times have been a blessing in disguise. It has made us look more closely at the more frivolous things that we were spending money on and also look for new ways of cutting costs or just finding more affordable alternatives for services like phone, data backup, and feed management. Once America starts kicking into gear, we will have already improved the bottom line. If you use a third party logistics center, ask if you can use its UPS/FedEx account and take advantage of its bulk rates.”

“From day one, customer service was one of my biggest concerns and one of our biggest selling points. On day one, we had 24/7 telephone ordering available. We have had to change companies that provide this service several times to manage our expenses. Making those test calls consistently is an important step in making sure your partners are doing their job. Providing proper training of call center staffs is something many companies will overlook.

“We have always made a point of responding to customer inquiries or problems with an average resolution time of 12 hours. At the end of the day, some type of verbiage about ‘excelling in customer service’ should be in your mission statement. It makes a difference and can turn a customer into a free advertisement to their friends. If an order involves a drop shipper and an error occurs, we act first and let the customer know we will take care of it, and work out a solution with the drop shipper afterwards. There’s no lag time allowed.”

“One of the biggest mistakes involved platform changes. Going ‘the cheapest’ route is definitely not always the right way and can end up costing you a lot more in the long run. We used a few different vendors (from data entry to overseas developers) to handle our platform changes and my ‘nickel and dime’ mentality ultimately did not serve us well. Research your vendors and developers thoroughly. Don’t spend frivolously; but also don’t be a cheapskate.

“Our second biggest mistake was adding too many products. Yes, more is not always better. We are still working to take down products that just confuse the customer instead of presenting them with a few solid choices We started with a handful of niche products and expanded quickly to over 1,200 products.”

“Our third mistake was resting on our laurels. We experienced some serious growth from 2004 to 2009 and began to take some of it for granted. We figured ‘Hey, if it ain’t broke don’t fix it.’ That’s the wrong attitude. It’s easy to say you will never think that way (I never thought I would), but it can happen. In ecommerce, things change daily and you have to keep up with it daily and continue to adapt.”

“Some of the best decisions are the hardest decisions. One of the most painful things, in my opinion, that an ecommerce owner goes through is a platform change, and we have done it many times. That being said, when you know you have outgrown your existing platform, or the one you moved to isn’t the right fit or wasn’t what you were expecting, you have to bite the bullet. Pay the expense, prepare for problems and many sleepless nights. It’s well worth it in the end to find the right fit, because it will lead to a better experience to the customer, and to your bottom line.”