Having multiple sclerosis-like symptoms became a blessing for Shelley Mitchell.

Born in Taiwan, she relocated to Melbourne, Australia with her meteorologist father and music-teacher mother when she was 13.

Her grandmother had taught her to sew; Mitchell made her own clothes, including gowns for school formals as a teenager.

After she attained her fashion design degree from the Royal Melbourne Institute of Technology, she worked during the 1990s for wholesale clothing companies, developing house brand fashions for department stores.

“Needing a creative outlet I began making patchwork quilts, which led to designing patterns and teaching quilt-making as a hobby,” Mitchell said.

In 1997, she joined a small family-run boutique fashion house, working on the design, sourcing, negotiation, and marketing of four fashion collections a year.

“One day in 2001 I couldn’t move my left side. My doctors said I might have multiple sclerosis and told me to take some time off and do whatever I loved doing while I could,” Mitchell said.

While she was never formally diagnosed with MS, the time off allowed Mitchell to recover from her symptoms and to focus on her priorities.

“Sewing was therapeutic, and I credit it for my recovery. Sewing is much more than a simple hobby. People who love to sew are often not being looked after by retailers.”

Both she and her husband, Terry, who has worked for over 12 years in website development, wanted to create an automated, scalable business. 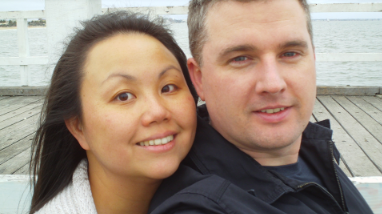 “Having seen his parents work long hours in their small New Zealand plumbing trade supplies business, Terry wanted to create a profitable online business with daily tasks taking under two hours that we could run from anywhere in the world with Internet access and a laptop,” Shelley said.

The couple created two niche Ebay stores in 2009. One sold sewing products and the other, since closed, sold plastic life-size skeleton models imported from China, which people bought for study and art installations.

Once they built a customer base, the Mitchells launched the Sew Much Easier website in 2011. It sells sewing machines and accessories.

The Mitchells selected Magento Go, a hosted version of Magento, costing around $25 per month for their website and ecommerce platform.

“The developer in India took a month to create a customized template, with a further two months spent on template revisions, setting up the products, and learning how the system worked,” Shelley said.

Shortly before the launch date, some pages took up to 10 seconds to load.

“We chose a hosted shopping cart so we don’t currently have to worry about the setup, maintenance, and security of having our own servers. However we do want to have a self-hosted cart eventually so we can get the source code to make customized changes,” Shelley said.

“We would like to customize our discounts, and calculate shipping accurately from multiple warehouse locations.”

She found a local Melbourne website designer who quoted 7 to 10 days and $600 based on a comprehensive brief from Shelley.

After receiving the deposit, the designer became unresponsive, taking nearly seven weeks and many follow-up emails and phone calls to deliver the completed design, in Adobe Illustrator.

The couple used a website coder on oDesk, a outsourcing marketplace, to convert the Illustrator design files into HTML and integrate them into the shopping cart for about $700.

Sew Much Easier has used only PayPal to date.

“It is quick and easy to get set up and is plugged into Ebay, too. We are setting up a merchant account on eWay, an Australia-based processor, to accept credit cards. We also accept direct bank transfers,” Shelley said. 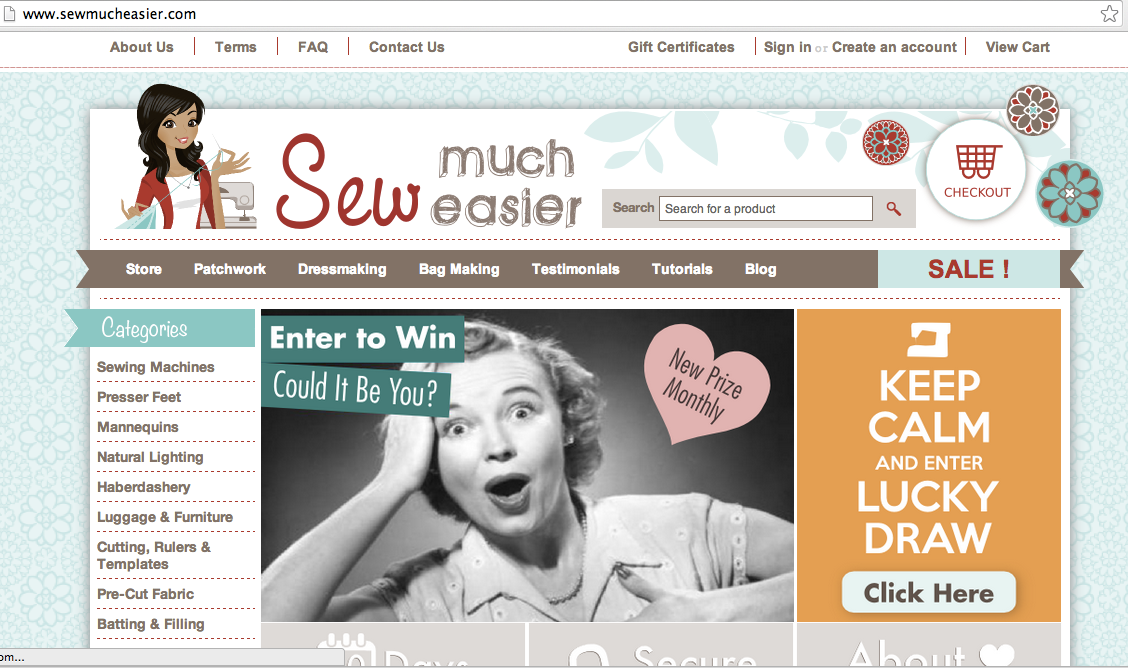 Sew Much Easier has no employees other than the Mitchells. They outsource photo editing, graphic design, coding, transcription, video editing, social media, and data entry, mainly to the Philippines, via oDesk.

“Some of the contractors are almost full time. However, we’ve yet to find the right person to help with ongoing coding and website maintenance,” Shelley said.

Search engine optimization is on Shelley’s to-do list; their time has been absorbed by new product sourcing and copywriting. But that copywriting has nonetheless helped with Sew Much Easier’s organic rankings.

“Our massive content has proven quite useful in getting us found by organic search,” Mitchell said.

The Mitchells have tested AdWords, finding that it’s difficult to achieve attractive returns. They continue to test, however.

Sew Much Easier has used since inception a third party logistics provider, Next Logistics in Sydney, to store inventory and fulfill daily orders.

“We’re really happy with this arrangement overall because 99.9 percent of the time everything works out smoothly, though rarely orders can be dispatched late, or to the wrong address. Then customers contact us, and we have to contact Next Logistics,” Shelley said.

“It can be tempting to take this back in-house but we persist because this model fits with our vision of operating from anywhere.”

“We stock 80 per cent of it at Next Logistics. The rest is fulfilled directly by local wholesale suppliers,” Mitchell said.

The Mitchells prefer not to import large quantities of stock. But they plan on bringing in some independently published sewing patterns from overseas by dealing with the designers directly.

Sew Much Easier has been using the Xero cloud-based accounting platform from the start.

“The automatic reconciliation capabilities help streamline the monthly bookkeeping. We can also share access directly with our accountant and bookkeepers,” Shelley said.

The Mitchells keep overhead low by working from their two-bedroom beachside apartment in Melbourne and not having employees.

Where the couple invests heavily is in their training and education.

They have spent upwards to $20,000 each year with a business mentor who also arranges events with other owners, to bounce off ideas and keep each other accountable on their goals.

“Our mentor is mostly about mindset, as well as helping with direct response sales and marketing. We benefitted enormously from a copywriting program he did,” Shelley said.

Most customer service issues are resolved within the first 24 hours.

Their second Ebay store, which sold anatomical skeleton models and has since closed, seemed to be a good fit for selling imported blood pressure monitors, a popular product with good volume.

“We didn’t realize the red tape associated with the devices and this ended up being a time-consuming, money-wasting exercise,” Shelley said.

“We just didn’t do enough due diligence.”

Shelley said that her biggest success was realizing the importance of honoring commitments to customers, and matching their passion for sewing.

“I had tremendous clarity last year that while we sell haberdashery, we’re really in the business of delivering promises,” Shelley said.

“People stumble across our product listings in Ebay and in our website. They believe in us enough to hand over their hard-earned cash. So we have to absolutely honor our promises to look after those who chose to shop with us. People who love to sew are a passionate lot. I match it with my own passion.”

Once she understood this, getting out of bed each morning to run the business took on a new meaning, and even the mundane parts didn’t seem like a burden.

“I enjoyed the work more, and sales went up. Curiously, I really didn’t do anything differently,” Shelley said.